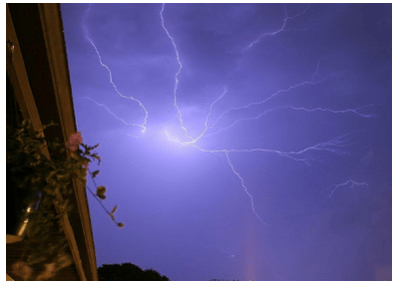 Disclaimer:  We're not in a good mood as we write this today - so head's up, this may get ugly

It's come to our attention that some very strange things are happening in Ontario.

And these strange behaviours seem to be growing.

It's affecting regular folk in all walks of life, including: Moms, Dads, brothers, sisters, employees, employers, people selling stuff, real estate investors ... the vast majority of the population of the province.

Very few seem to be immune - but there is a very small group who seem to be not affected by it.

Some real estate investors in Ontario are finding tenants for their properties without much issue.  In fact, it's easy for them.

And then they blame the: weather, the tenants, the advertising, the lawn, the house, the rental price, the wind.

We've literally seen an investor in Barrie, Ontario have multiple people out to their property to rent it and just around the corner another investor gets less than half the amount out to theirs.

These investors become frustrated, discouraged ... they begin to doubt what their doing and they start pointing the finger.

Some employees in Ontario have reported to us recently that they are very discouraged at the treatment their getting from their employer.

These employees end up jumping ship to another company and then the phenomenon happens again.  They find themselves at the short end of everything at every turn.

It's strange this phenomenon ... it's seems to be everywhere.

Their customers aren't buying enough from them.  Their refunds are higher than ever.  Their commissions are smaller than they used to be.  Taxes on their paycheques are too high.

The territory they're selling into is too small.

The phenomenon is everywhere!!

Their commutes are getting so long they don't have time to start their "side business".

The Internet is getting so complicated it's getting more difficult to work with.

The amount of money to launch their business is too great.  Distributors don't understand the value of their new product.

Stores don't see the opportunity in carrying their new "gizmo".

This phenomenon is everywhere.

All of these people have one thing in common.

They are blaming everyone for their success - except for themselves.

There's over 8 Million people - 8 Million - in the Golden Horseshoe.

If you can't find a tenant for your property it's not their fault - it's yours.

There are good jobs everywhere.  If you are struggling at the one you're at you'll struggle at the next one.  The employment rate here in Ontario is AMAZING relative to many parts of the world.  If you're not happy where you work it's not your employer's fault.

How is it that two people in a sales organization can get the same amount of leads and one person can break records and the other fails miserably?  We have news for you ... leaving to another sales job at another company won't fix that problem.

You are the problem.

Why do some people launch successful businesses with three kids, a job, no time and little money while others struggle with all the time in the world?

This phenomena of blaming everyone for your success but yourself is growing and we're scared where this leads.

We don't want our children growing up in a country where people don't take responsibility for themselves.

If you don't like it here and the opportunities aren't great ... then there are great highways that will take you to other cities in Canada ... perhaps it's time to get on them and leave.

And then there's the very small percentage that aren't affected.

We're BLESSED to work with a group of people who seem to be completely immune to this phenomena.

They work, they're excited at the challenges in front of them, they expect problems and deal with them.

They have no time yet get more done than the vast majority of the population.

You know who you are.

And you are amazing.

You are creating jobs for people, creating new opportunities for yourself and you're making Ontario a better place for all of us.

We had an investor very recently deal with an unexpected vacancy, unexpected repairs ... get out and fix it all up in the middle of winter, find a new tenant and restore their cash flow from the property.  Zero complaints.

To be sure, there was some grumbling about having to do it all ... but they buckled down and got it done.

You're a rare bird.

If you are falling victim to this phenomena that we're reporting here there is only one cure.

Change the people you are hanging around with.  Cut them off.  Walk away.

Find a group of people who are doing something, pushing forward, battling every day but who are not placing blame.

Don't get caught in this vicious phenomena that is going around because once you do it seems it's difficult to escape.

When we had zero mentors in our lives we turned to books.  They were are mentors.  Biographies especially.

You are not a victim.

You have every opportunity in the world.

You can achieve everything you want and more than you expect!

This is a beautiful country, a great province and a wonderful place to live (minus this past winter and if the Leafs miss the playoffs).

We have family in other parts of the world that would DREAM to have the opportunities that reside here.

Go out and seize the day!

We're cheering for you!!

0 comments on “Warning: Very Strange Phenomena Popping Up in Ontario”