The Lost Art of Mastery 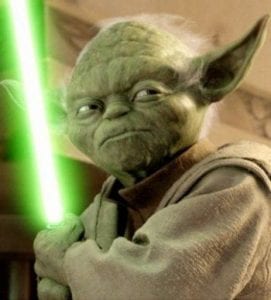 Personally, we are guilty of not taking time to reflect often enough.

To look back and remember what things were like when interest rates were in the teens, when the average new house price was $100,000 less (not long ago), etc.

Or to recall all of the roadblocks and challenges that we have  faced and conquered, and the initiatives we took that didn’t work out quite like we had hoped.

Nothing ventured, nothing gained!

But what’s the point really?  Why take the time to sit down and reflect?

The biggest reason is to understand the lessons from the past.

This month, we were invited out to a nearby college to speak to students interested in starting their own businesses, either online or offline.

To us, this was a great way to give back; to try to explain the lessons that we have learned along our way.  The lessons that are NOT taught in any classroom.

To us, there are many.  There is only so much theory you can learn that applies directly to the real world. Business is no different than real estate investing in that regard.

Think about all the, “no money, no credit, minimal work” real estate gurus that come along to  teach us their secrets during weekend boot camps.

Does what they are saying work? Sure it does.

In theory, on paper, in the banquet hall, it works all day long.

But taking those lessons and applying them to the world we do business in every day is a bit different.

The circumstances you are working in aren’t exactly like the bubble that you were being taught in.

As circumstances change, the real world lessons that we need to be successful change as well.  The classroom lessons stay the same because the “theory” may still work, but you are trying to implement them in a vastly different arena.

And with the speed of change in today’s society, the only way to get ahead is to become a master of your craft.

It’s not jumping from one hot topic to the next, and it is a lot harder to do than ever before.

Most real estate investors are not very loyal to what works.  Instead they are easily attracted to whatever new opportunity promises big returns with less work than they did on their last venture.

Most of the time the interest doesn't wane, even if the opportunity comes from a not-so-credible source, has no track record, or sounds just plain crazy.

We have heard of countless stories of smart, successful investors being subdued by the promise of easy riches.  To the point where they got out their cheque books to fork over large sums (sometimes tens of thousands of dollars) only to never see a single thing in return.

We witnessed a proven investor handing over $20,000 to someone that claimed to make multiple millions a year from their real estate investments while only working a few hours a month.

Gotta admit, it sounded good to us too.

Either this person is the most successful real estate investor EVER, or there was some glorified story telling going on.

Guess which one we think it is?

There is a point to all this.

It is that the art of mastering your craft has become extinct.

The drive for easy money has taken over the thoughts of people in every industry.  The goal is to find the next big thing that will provide instant riches often, to the detriment of financial income.

It’s not to learn, research, and work to become the most trusted, successful, expert in the field you are in.

We listened to Richard Branson in Toronto recently and he is a great example.

Here is an entrepreneur who could be tried and convicted of having some sort of attention disorder just by the sheer number of companies and industries that Virgin has expanded into (at least 45 that we can count).

But there are two important things to consider:

1) The venture into something new doesn't stop Virgin from continuing to do what has already proven successful.  They continue the success of one venture while expanding the other.

2) They leverage the lessons from previous success into new opportunities.

There is also another very glaring trait the company has:

They are NOT looking for quick, easy money.  They are looking to become the most trusted brand in the field, in essence, the expert.

So if a company that size, in that many industries hasn’t found the secret sauce for easy money while doing nothing, then why is that the most common thing people are attracted to?

Perhaps people are so busy running from one golden opportunity to the next that there is no chance for anything but quick cash.

Your success depends on standing out, not becoming part of the herd.

Take the foundation that works and use it as a point to build from.  Use it in your property marketing, in your search for JV partners, your business, and wherever else it fits.

Stick with something successful and keep refining it to make it even better.

What is it that has given you success?

Stick with it. Make it better.

Become the Jedi of it.

Then take a step back and watch others runs from one thing to the next, looking for their next quick fix.

Success is BUILT, not found!

0 comments on “The Lost Art of Mastery”