The Big Scary Fear Goblin Living in Your Mind: Smash The Thing!! 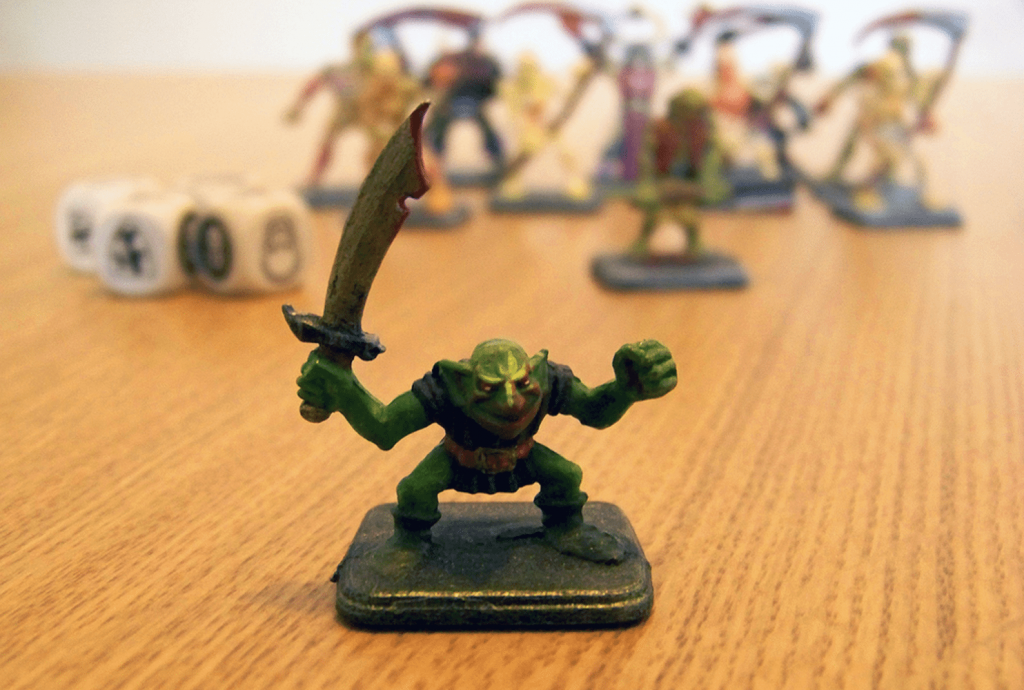 I'm not sure when the "fear goblin" entered my life but I think it was sometime after my 3rd birthday, when I thought I saw him hiding in my parent's basement.

I remember running up the stairs in sheer terror.

I was pretty convinced he lived down in our basement.

Much later I learned he lived somewhere else - in my own mind.

The fear goblin is a scary beast.

Not because he's ugly...

He's scary because he's always there when I don't need him.

Kind of like the friend who shows up to complain, cry and sour your day.

But the fear goblin is even worse because he's always present.

Just hanging out - ready to attack.

He really didn't have an impact on me in any substantial way until I was in grade school.

Then he started planting thoughts in my mind around all things that I shouldn't do:

In High School, he really started to ramp up. And he made even less sense...

Luckily I was able to ignore him 80% of the time.

I'm not sure others were so lucky - he really bit into them good I think.

I thank my parents for helping me create a strong self-image which allowed me to laugh in the face of the fear goblin a lot.

Both Nick and I marched to our own beat most of the time.

But I can't say the fear goblin didn't hold me back sometimes.

And as I got older he got more determined. I remember right after University his influence seemed to get stronger:

LOL, I'm literally laughing as I type this out.

I can't get over the ability of the fear goblin to enter my mind.

I have to admit though.

The more you ignore him, the more you get things done ... the less impact he has.

You begin to think anything is possible.

You begin to believe the world is your playground and you're making the rules.

But it didn't start that way.

I think both Nick and I have a big fear these days...

And our biggest fear is that maybe, just maybe, the fear goblin has a good hold of you.

He may be in your head right now.

Just this week a good friend sold his "flip" for a huge profit. It was a four-year project and people literally laughed in his face for a lot of that time.

The fear goblin played in his head too. A lot.

But he battled that goblin every day.

And he officially stabbed that goblin in the heart this week.

Perhaps we should have a "fear goblin" smashing event at our offices.

Everyone show up with hammers and we'll blow up some symbolic goblins and we all hammer the crap out of them.

At a minimum, we'll blow off some steam.

If you have the fear goblin telling you what you can't do then know this ... you are NOT alone.

We all deal with him.

We're all in this fight against him together.

Go ahead and crush him and move on.

Your life depends on it.

You have a lot to offer the world and we're all waiting for you!

0 comments on “The Big Scary Fear Goblin Living in Your Mind: Smash The Thing!!”