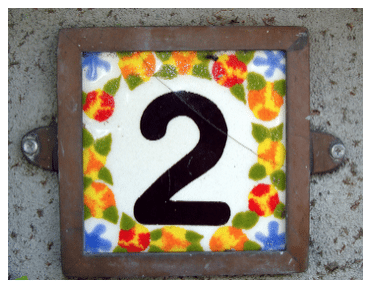 It's been a long time since we posted "Success Secret Numero Uno" ... and we still get a lot of comments about the idea.

And for a long time, we've thought about other "success secrets" ... if there are such unicorns.

We've never wanted to write about another success secret because none seemed up to par ... they were either common knowledge already or just didn't seem worthy.

Over the past few months, it's become apparent to both of us that there is something that definitely plays a large role in achievement.

If you're not already aware both of us worked for our father's drywall company all the way through school - along with other odd jobs.

This meant that Christmas Break, March Break and Summer Holiday's meant we ended up on various job sites around the Greater Toronto Area.

Sometimes downtown Toronto, sometimes Georgetown or Mississauga or even Pickering.

Let me tell you ... getting to Pickering from Mississauga for 7:30 am sharp start time wasn't always fun ... especially after very late nights of fun with friends.

But our father didn't accept excuses so we didn't dare miss work ... or be late for it.

We were often dropped off at job sites with very little instruction and just informed of what must be completed at the end of the day.

It was up to us to figure out how to actually get it done.

We had to figure out which of his staff to talk to for instruction, where to find material, what tools worked the best etc.

During these work days, our father would sometimes "pop by" with a surprise delivery of material for the job site.

And he didn't want to disturb his more senior employees to unload it so we were almost always tapped to load the material from the truck(s) into the job site.

Often these loads of material were 100-150 boxes of "ready-mix" ... which is essential taper's mud that they use to smooth out the drywall walls.

These boxes are heavy.

We're not talking a little bit heavy, they are very heavy.

And the jobs that we often worked on were condo projects.

When we were around our father never thought it was necessary to grease the hoist operator $50 for him to lift it up to the 22nd floor ... and then wait a couple hours to get some time on the hoist.

Why do that when you have two young sons available?

So right in the middle of our busy day, we would be greeted with the task of lifting these crazy boxes up 22 FLOORS!!!!

I am not kidding.

The taper's needed their ready mix mud and we had to get it up to them ... couldn't have them waiting around.

So we had to run these things up.

These boxes are awkward, the crappy handle holes break and it's just a nasty, sweaty, exhausting experience.

I'm getting to the point ... promise.

At the end of the day, our dad would walk around to check that we got our work done.

Often when we explained we were behind schedule because we were interrupted with a nasty delivery that he made us unload he would FREAK OUT.

To him, that was no excuse.

Interruptions were part of the game to him.

Interruptions were to be expected.

You just accepted them.

But they were NEVER ... we repeat NEVER ... accepted as an excuse for not getting our work done.

Without exception, the day's work must be completed no matter what "popped up" that day.

He would be livid if he felt we were not working to our ability.

Blood vessels that we had never seen before would pop out of his forehead when he shared how he felt.

But he was successful.

Our father worked with a sense of urgency like no one we have ever seen.

At one point he was one of the most productive drywallers in Toronto.  Seriously.

A friend's father once told me that our dad was the only guy on the job site parked outside, in the middle of winter, waiting for just a tiny bit of daylight so he could begin working.

He would run into a house, brush off the snow from the drywall and begin ... sometimes hours before anyone else.

That's what stirred him to start his own company.

Nothing stopped him from getting a job done.

Not the weather.  Not his car.  Not his attitude.  Not how tired he was.  Not what day of the week it was or what time of year it was.

His sense of urgency was not lost on us.

It is what lifted him from coming to Canada with literally $3 to launching his own company and raising us with everything that we could ever want.

So where the lesson?

We don't believe you should rush into deciding what you want to do with your life.

Or with your investing.

You should spend time reflecting, studying, planning and preparing.

These are important decisions and you should make them carefully.

You operate with a sense of urgency like no other.

Far too many investors in real estate lack this.

And it's ruining them.

They take too long to call back tenants.

They take too long to handle issues.

They take too long to handle repairs.

They take too long with everything and it hurts them.

Operating with a massive sense of urgency is a huge success secret.

Strolling along at a slow pace, not being decisive, not taking action right now in this moment does not serve you.

Recently an investor told me that they were going to call back an interested tenant for one of their properties "later this week".

Are you kidding me??

Call them right now, drop everything you are doing, stop talking to me and call them!!

Another investor told me that they were going to get their documentation ready for the bank when they were asked for it.

Do it now, this second.

Get busy, do it now.

A friend told me he wasn't going to start writing material for his new business website until he felt inspired because that's what a social media blogger suggested.

Are you freakin' kidding me?

You sit down and you write it right now ... and you don't end the day without writing something.   Stare at the screen for as long as it takes but you begin this second.

Time is a very precious asset and these people are wasting it.

There is no excuse for that.

And their success will suffer for it.

When you operate with a sense of urgency you create a rush of momentum, an energy, in what you are doing that carries you through difficult situations and into success.

There's some sort of magic that happens when you act quickly.

Momentum is a very funny thing.

It can be very helpful when you have it and it can be punishing when you don't.

Creating momentum in whatever it is you are doing should be your goal and acting with a strong sense of urgency is how you create it.

And when you have momentum in your life you need to keep working to maintain it or it fades.

Nothing frustrates us more than watching people wallow in their own inaction.

They're too concerned with getting things right instead of getting them done.

Move fast, act now, do it like there's a raging fire chasing you.

Are we communicating how strongly we feel about this?

Because we mean it.

And because we want the very best for you here's our advice:

Stop reading this and go do something important, something you've been putting off, and do it .... RIGHT NOW!!!!