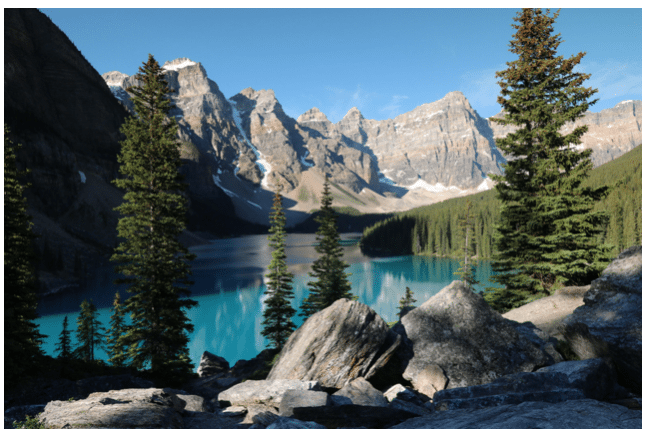 Is Canada becoming one of the most popular places in the world for foreign money to find a home?

The result is that Canadian investors are competing with hot money.  And the owners of this hot money are making investment decisions using completely different rules.

This is causing havoc for Canadian investors.

If you’re a Canadian investor who has worked hard to actually save up some money and is now looking to put that money to work in an apartment building here in Ontario, you may begin looking around and not be too impressed with what you find.

Many apartment buildings in Ontario sell for a capitalization rate (ratio of net operating income to sale price) of 4.5%.

Especially if you’ve worked incredibly hard to save up some cash and were hoping for 6% or even 7% from the property.

You may begin to wonder who is buying these buildings with such a historically low return?

Well, it turns out, from our informal observations on the streets, that a bunch of people buying them don’t care about the 4.5%.

They don’t think it’s too low.

Because they’re not investing to “make a return on their money.”

That’s not their main goal.

They’re investing in the apartment building to protect their money.

These investors are buying apartment buildings, strip malls, and income properties in places like Canada with completely different goals than a local Canadian investor may have.

And it’s throwing the real estate landscape in Canada into a frenzy.

A few weeks ago, we shared how we believed that over the last 12 months or so, it’s possible that $800 million dollars from China were pouring into Toronto alone … A MONTH!

You can check out that post by clicking here. Because the Canadian government doesn’t track this well, there’s no way to know, so it’s a best guess.

But we know we’re in the ballpark, as there are reports coming out of China saying that illegal banking entities funnelled out a Trillion dollars from China last year.  (Source)

What do you think that much money pouring into Toronto does to housing prices? It makes them go crazy.

These investors are worried that their local currencies are going to be devalued and they’d rather get it out of there and into Canada – into a property that makes even no return, as a way to shield them from losing money through a local devaluation.

Although many of us like to believe the government can’t see the forest for the trees, we’re sure they’re aware of this.

And this hot money isn’t just coming from China. We’ve got to believe that it’s coming in from the Middle East and Russia too.

So why doesn’t the government here raise interest rates to cool down the market?

The Bank of Canada doesn’t want to raise rates in a fragile economic environment (cheap oil anyone?).

The Bank of Canada doesn’t want to raise rates when the cheap dollar gives us a competitive advantage for our exports over the U.S. dollar.

The Bank of Canada doesn’t want to raise rates when Canada as a country has a whole pile of interest on debt to pay for.

The Bank of Canada wants to do the opposite of all of that.

The Bank of Canada is scared of deflation more than inflation.

And raising rates is deflationary.

So where does this leave the Canadian investor?

It leaves us all in a difficult place. We have to look harder for good income properties.

Sometimes, this means driving further than we originally wanted.

It may mean competing against multiple offers that we didn’t expect.

It may mean accepting lower returns than we had initially hoped for.

It may mean getting more creative in how we maximize the income on a property.

Sitting on your cash and waiting for the next downturn to buy may take a very long time. If that’s your strategy you may be fighting powerful global forces, including our own central bank, that seems to be bent on inflating this economy for the foreseeable future.

This doesn’t mean we think you should throw out common sense investing.

It just means you need to get more creative and work harder for it than a few short years back.

Canada is a popular place. Local Canadians have intimate knowledge of this beautiful place, it’s time to use that to our own advantage.

Fun times ahead for sure!