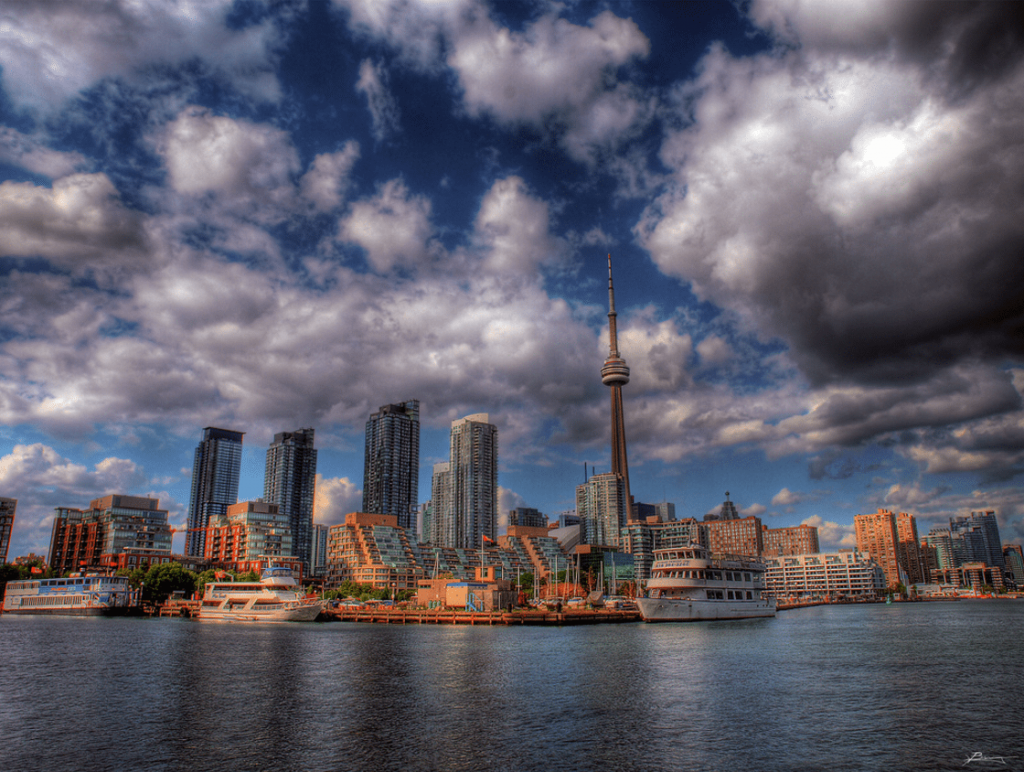 The property market in parts of Canada is officially insane.

Vancouver isn’t a surprise anymore but what we’re seeing in the Greater Toronto Area is nutty.

But can it continue?

If you’ve lived in Southern Ontario for the last ten or fifteen years, you remember when a good four bedroom house in Mississauga was $268K.

You also remember when an Oakville four bedroom house was $360K ten years ago.

You remember when a nice starter home in Hamilton could be purchased for $195K back in 2007.

The average price of a detached home in Toronto right now is $1.2 Million (Source).

And during this entire time, there has been more than a few critics of the real estate market.

Many, many times we’ve been told that the market was “about to crash.”

Back in 2010, we had several peers, in the real estate industry, sell their homes and begin renting because they were convinced the market was going to crash at “any moment”.

Not only didn’t it crash, it accelerated.

Heck, a rental property we purchased less than two years ago for just over $500K is worth about $700K today.  Crazy but true.

So what happens from here?

We don’t claim to have a crystal ball but do claim to enjoy having some crazy fun trying to guess the future.

I mean, what can get you more ridiculed than discussing this topic of future real estate prices?

The Case for Property Prices Doubling From Here

Most of the critics over the last fifteen years have been judging property prices based on historical price averages.

And using that model, they’ve neglected to pay attention to the major global macroeconomic forces which don’t give a damn about their averages.

Who would have predicted interest rates on mortgages as low as they are for as long as they are?

Who would have predicted the massive injection of cash into the banking system to save it from collapsing on its rotten debt?

Who would have predicted that broke governments in Canada and around the world would keep spending money like drunken sailors?

Who would have predicted that NOTHING would have been done about the problems that reared their ugly heads in the financial crisis of 2008?

So where do things stand right now?

We don’t claim to be rocket scientists but it doesn’t take much digging to realize that the world is a ticking time bomb of debt. 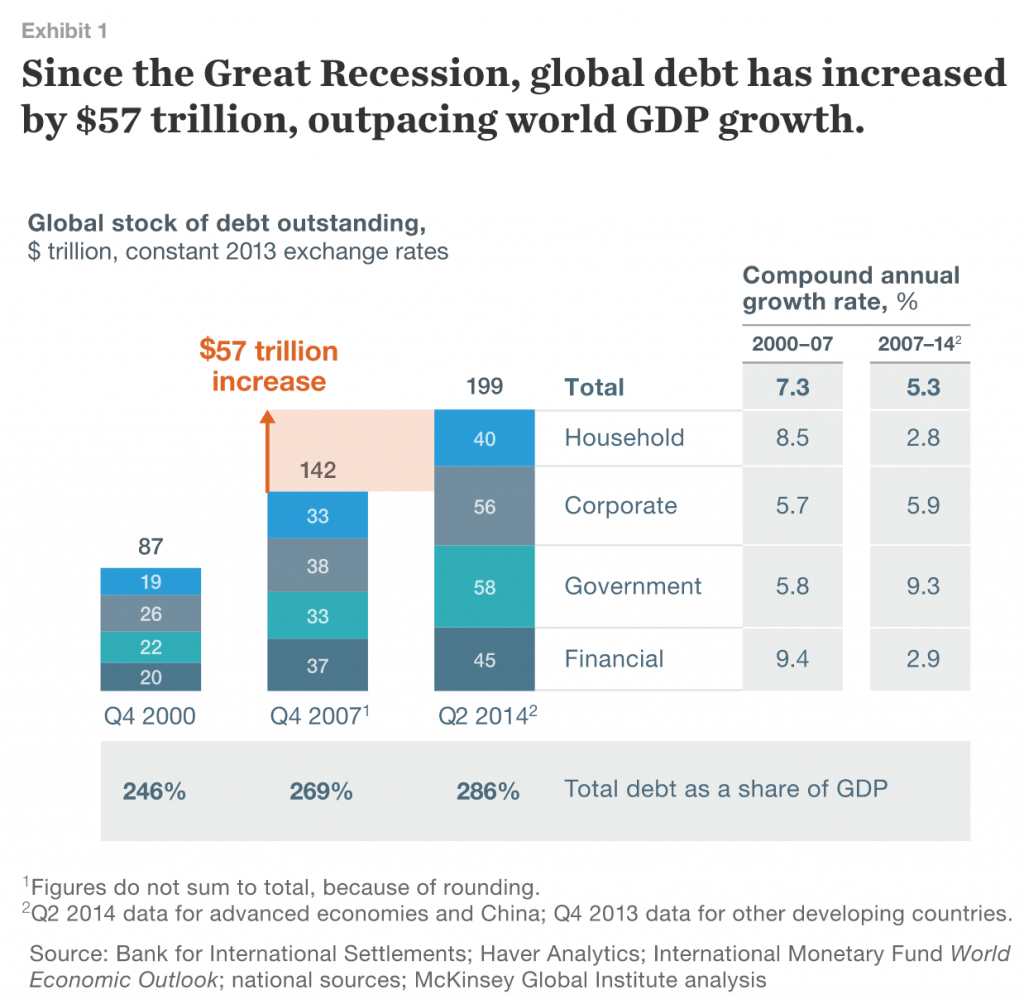 And how are governments around the world responding to this debt problem?

Canada has decided to announce this in March of this year…

Here’s the best line from the article…

“Now in office, the Liberals are budgeting for five years of deficits totalling more than $113-billion,”

$113 billion of spending to fix our economy.

Talking about spiking the punch bowl.

Remember, this is money that we don’t actually have so we’re going to have to borrow and/or print it.

And because Canada often follows the U.S. lead when it comes to all things , let’s take a peek at what is going on south of the border… 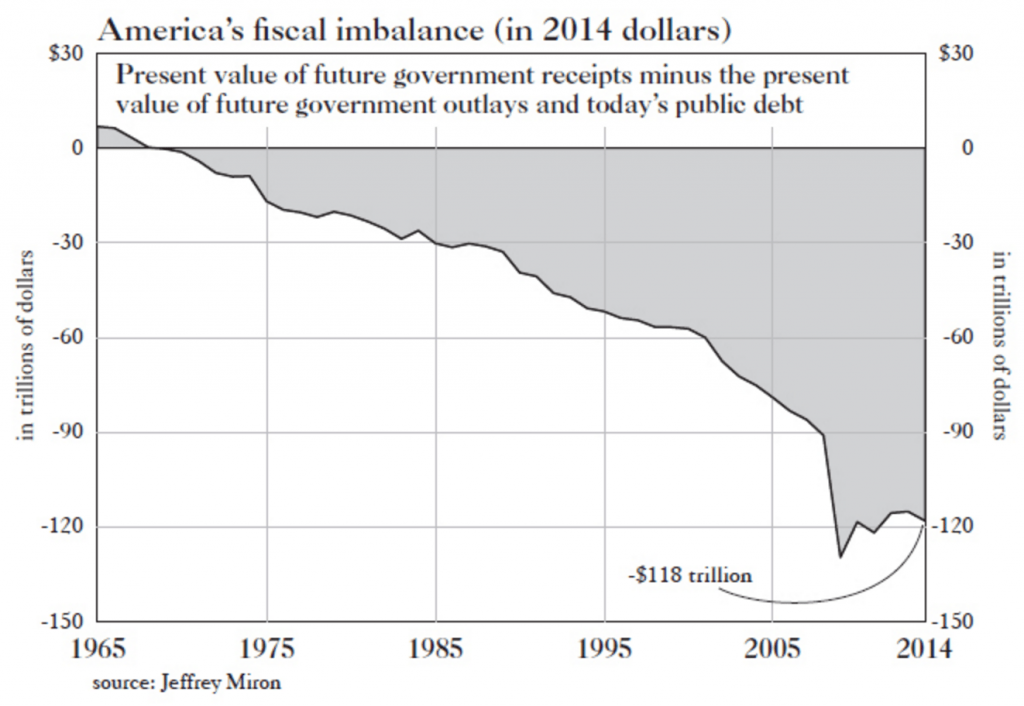 Here is his most fascinating observation…

As of today, the U.S. government is on pace to be short $100 TRILLION DOLLARS over the next 75 years.

Literally, the only response I could come up to that was this…

Seems to us that the U.S. is going to have to print a lot of dollars to pay for all that.

And what happens to hard assets when countries like Canada and the U.S. print money to pay for deficits?

The value of those dollars tends to crash.

And goods, when priced in those dollars, tend to go up.

This really isn’t rocket science, is it?

If we are going to print money like mad.

Keep interest rates low for even longer to pay for all our magical spending.

Allow foreign money to flow into Canada like a raging river (see our other blog post on this subject here).

Then is it a stretch to say that the price of the property is going to go up from here?

Couldn’t they even double from here?

Seems so obvious that we almost can’t believe it to be true.

But all signs point that way.

The Case for Property Prices Crashing and Burning From Here

It’s hilarious that we can begin our case for property prices crashing from here with literally the exact same chart as above.

You know, this one…

The world has a massive problem.

It has spent itself into a sad, broke, slow-to-zero growth state.

One day our global economic malaise is China’s fault.

The next day it’s Europe’s, then Japan’s, and sometimes it’s even yours – see today’s headlines…

Aside from the fun headlines, there seems to be real data showing that consumers in North America are just not turning over their dollars as fast as they used to be.

Take a peek at this chart… 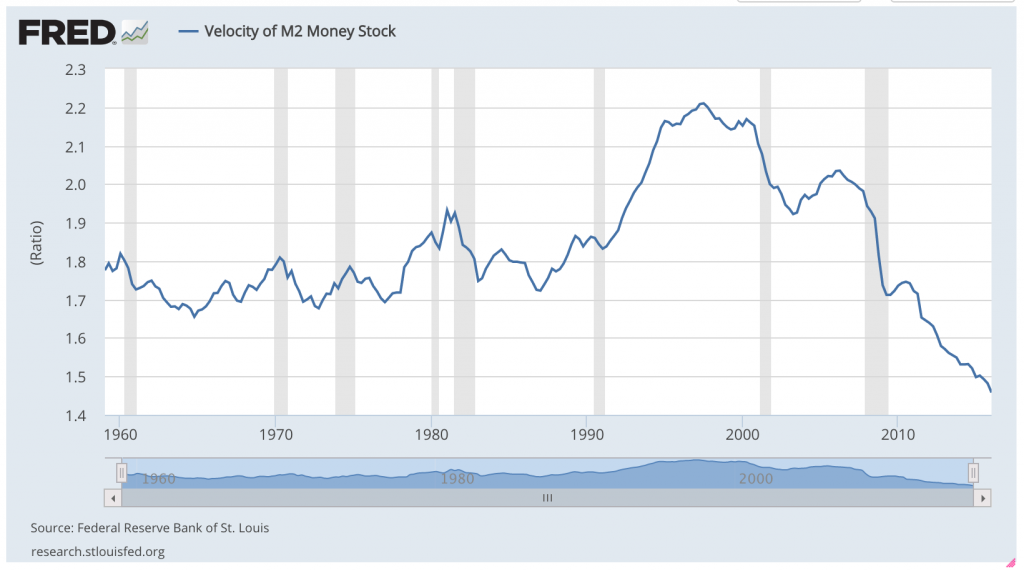 The velocity of money is a measurement economists use to see how fast we’re spending our cash.

And it ain’t pretty.

The global economy is just not growing like it used to.

For economists, this is a big problem.

When you and I don’t spend money, the economy doesn’t grow.

And we’re an economy that is built on debt. We actually need more debt to grow the economy to pay for the old debt.

So governments have recently decided to fix the problem for us and spend our money on our behalf (see Liberal deficit spending headline above).

When governments choose a path of massive deficit spending isn’t it at least conceivable that we reach a point where the market loses faith in that government’s ability to pay back its debts?

I mean, would you lend money indefinitely to someone who keeps spending it all?

Or what about this scenario…

If the government of Canada just happily spends our money for us by printing the stuff like mad, does inflation take off like gangbusters?

Even more so than it has now?

And does this inflation increase property prices even further until that magical moment where bankers don’t feel like lending out money on “5-year terms” is a wise idea.

Because if they do, and inflation destroys the value of our cash, they’re going to get paid back in cheap, worthless, inflated dollars?

Do they stop lending at that point?

Definitely seems to us that this could happen, it’s at least a possibility worth our attention, no?

I mean, there are obvious structural economic problems that aren’t being addressed.

So Just Say It, Is It Up or Down From Here?

Look, we don’t claim to have all the answers to this in a sub-2000 word blog post.

But it does seem to us that there are major forces fighting each other.

Governments are happy to keep rates low, to spend money they don’t have and to kick the debt problem down the road.

So we gotta think that prices continue to scream higher until we hit that KA-BOMB moment where it all goes up like the best firework show any of us have ever seen.

And here’s the challenge.

As an investor, if you sit on the sidelines and wait this out, you risk missing out on huge price increases.

And your precious Canadian dollars are inflated away to worthlessness while hard assets hold their value.

As a real estate investor in the GTA and Southern Ontario it’s getting incredibly difficult to find properties that cover their costs, never mind produce cash flow.

But it is possible.

You just have to look harder and be more creative.

A property that pays for itself is the exact type of productive asset we’d like to ride out this storm with.

Before you begin debating real estate prices with your family or friends we would encourage you to understand money at a deep level.

Understand that prices aren’t necessarily going up, it’s the value of those dollars in your pocket that are getting destroyed by current day policies.

Property prices are a reflection of massive economic forces at work.

You need this perspective to make sense of the madness, but it’s possible and it’s also possible to win at this game.

Keep studying, keep learning, keep sharing … we’re all in this together!

It’s been quite a ride so far and we can’t wait to see where things go from here.

Share this post
FacebookTwitterGoogle+LinkedIn
Related posts
How Many Properties Can Investors Really Buy?
January 23, 2020
Canada’s Population Erupting Like a Raging Volcano!!
January 16, 2020
Subprime Lending Is Back In The U.S And Rebranded!
January 8, 2020
What to Know Before Getting Involved in Commercial Real Estate Investing
January 6, 2020
Why Real Estate Goes Up Fast & Furious!
December 20, 2019
The Bank of Canada’s “Secret Memo”
December 12, 2019
4 Comments
Leave Comment