We Have a Problem: Post-University Education Has Cost Us Big Money 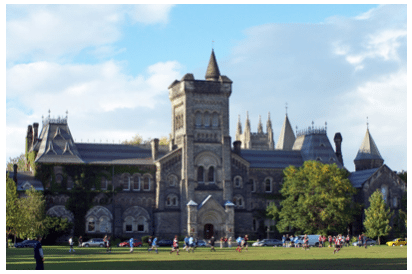 After spending four years in University to earn a three year degree here's what I did next...

1. Spent $13,500 on a 9-month post-grad Information Technology Course at a school called ITI on Bay Street in Toronto.

Then, together with Nick...

5. Spent $8,000 to sit down with a gentleman in Baltimore, Maryland for 4 hours worth of advice.

Spent $5,000 to sit with a painter and a hard-core charity/religious fund raiser lady to discuss Google Adwords ... can't exactly remember how that one came together.

I have hundreds of books around my house and built a custom book shelf to hold them along with some pretty white IKEA bookshelves that were much more inexpensive than the custom job!!

We have monthly newsletter subscriptions to all sorts of stuff.

Lately we can't get enough of Podcasts ... amazingly they are free and are proving very valuable.

Add it all up, including flights and hotels and we've easily spent over $250,000 on our education after school ended.

This is just the actual events we've attended and doesn't include various products we've purchased at some of these events.

We are definitely not sharing this to impress anyone in any sort of way.

Looking back it's actually funny how much we've spent.

But we don't regret any of it and are spending more right now.  We've off to New Orleans in a few weeks and then in somewhere else in the U.S. a couple months after that.

If you told us after University we'd have to find a few hundred thousand to further our education we'd have laughed ... then cried.

I remember when we submitted the form for our very first marketing conference.  It was for $2,500 and there was a deadline of New Year's Eve to get that "special" rate.

I faxed it around 7:00pm before going out for New Year's, called Nick, and proudly said, "Nick, I did it behind your back ... just spend a lot of money without telling you about it but this is the year we go big."

I remember how serious I was during that call and how nervous I was for spending that money ... at that point our business had cost us about $60,000 and had made us about $3,500.

But I could feel that we were on the right path.

We keep our radar up because we've learned you never know where the answer will come from.  It may not come from one of the speakers, it may come from someone sitting next to us in the audience.

Or from someone we chat with in the hallway.

Over the years we've made some incredible friendships with people all over Canada, the U.S. and Europe at these various conferences.

They've become our own informal business support network and we often call each other or even fly into each other's home towns to chat and brainstorm.

And we've noticed something in common with a lot of the people we kept bumping into at these various events.

They're all searching.  They're all looking for that one little thing that will push them along.

Many of them have HUGE multi-million dollar businesses.  They've bought and sold businesses and have made big impacts on their family's future.

But there they are still looking for that one little idea that will help them with a current problem.

Truth be told, although all of this stuff has cost us some big money it's also been responsible for making us big money.

We would have never been able to achieve some of the things we have without these experiences.

It's given us confidence, knowledge and often inspired us into action that we would have never felt comfortable taking.

We genuinely had no idea that some of our most valuable education would come after school was out.

0 comments on “We Have a Problem: Post-University Education Has Cost Us Big Money”