Our FEAR of the Masses Has Been Profitable 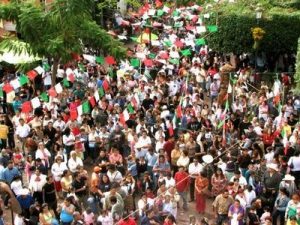 Earlier this year Tom wrote a great article on, “How To Be Opposite of The Masses & Profit From It” (click here to read it).
It was about our belief that being and doing the opposite of the majority is a valuable habit to develop. The direct feedback we got from the article was very positive.

Somewhere in the pile of emails someone asked, “But do you guys really mean it?”

Here’s the answer: Of course we mean it.

To us, doing the opposite of the masses, isn’t just a tag line. It’s a definite, core principle to live by. It was Earl Nightingale that first explained, “the majority is always wrong”.

Many people will hear us say this but fail to recognize how strongly we mean it. They’ll pay it lip service themselves even, but then do little to implement it.

We believe that “being average” isn't a good place to be to make money.

Now understand this, money for money’s sake is not the goal. But at some point you must take concentrated action in the marketplace. And being average (or on the side of the majority) in the marketplace doesn’t lend itself to achieving above average results.

And yes, we have both “gone against the masses” at many stages of our lives.

I flipped my first property at 21 years old. That is not normal. I can say that with confidence because every friend I had couldn’t understand why I would be working so hard and kept trying to get me to skip a night of renovations to drink beer with them on their front porch.

Tom left “IT Consulting” in the banking industry, with it’s “golden handcuffs”, to get a job in tech support at a large American software vendor. I remember him telling me that to his co-workers at the bank, leaving IT Consulting to go into “tech support” put him on par with the gum on the bottom of their leather shoes.

But he did it anyway.

He ended up in sales, earning more in one quarter than he used to on a yearly basis. And more importantly, he was learning a ton and continuing to grow!

It was like a fire hose of new information…I got the same fire hose a few months later when I joined him after leaving my IT role with the government.

People thought I was crazy for giving up the ‘job security’ the government offered.

Then I turned down a great salary plus commissions to go into a start-up business with a friend. Again, everyone said, “No, don’t do it.” But I did.

It was tough, but I learned more in that year than I could have at any full time position, and it continues to benefit me to this day.

So you can imagine what Tom’s friends said when he walked away from a six-figure job that required about 3 hours of work a day. But because he had to be present at this job for 9 hours a day he was going absolutely crazy out of sheer boredom and lack of personal growth.

We recently had a marketing specialist tell us that if we’re not posting on Twitter it meant that we weren’t “keeping up with the new generation”.

This ticked us off in two ways. First, we like to believe we can do a fair job at marketing and secondly … we’re not the “old generation” just yet!
But more to the point, just because everyone is “tweeting” on the Internet doesn’t mean it is serving them well.

We like to “measure results” and if you can’t measure something, to us, it’s not real. Twittering has it’s value, as does Facebook, Google Plus, or any other social media network, but because we’re not using them in depth at this very moment it doesn’t mean we don’t understand what we’re doing. We look at them as tools, but as a component to a larger strategy, and it is the strategy that is more valuable than any individual tool.

Interestingly, the marketing person giving us that advice was sitting with us face-to-face to try and land some business. He wasn’t “tweeting” us.

The very fact that everyone is doing something actually makes us more skeptical of whatever it is that they’re doing.

Do you remember when just about everyone owned “Nortel” stock? How did that go?

This doesn’t mean we don’t enjoy the latest fad. We do.

But we’re consciously aware of what we’re doing. We’re not perfect at this by any means, we fall on our faces repeatedly. And that’s not fun to admit. But we think, and we analyze, and we question.

Deep thought seems to be something that is quickly leaving the masses … so we’ll be doing more of it. And we mean it!