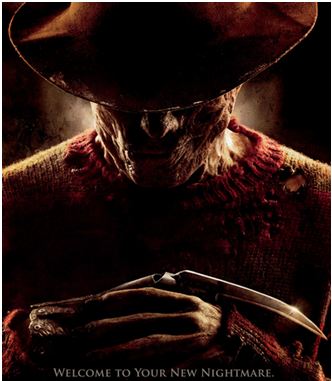 Our parents are both immigrants.

Our mom is from Scotland and our father is from Croatia.

Our mom flew over here - our dad arrived on a boat.

Growing up I got good marks, really good marks actually, until I got my car in Grade 10 - then things went down a little but the fun factor in my life went way up 🙂

During my high school years my parents always guided me to "go to University".

Our mom didn't pressure me very much but because I was getting 80's and 90's in High School it seemed University was the next logical step.

My father was a little more forceful about it.  I think because no one on his side of the family had been past grade school that I know of - me going off to University was a big dream of his.

I'm pretty sure he wanted me to become a lawyer.

Anyway, off I went.

I was accepted into every University I applied to and debated going into the Engineering Program at the University of Toronto.

But for some reason I decided to go into the Psychology program instead.  I have no idea why, maybe because there were way more girls in those classes, who knows ... and I did meet my wife in that class so it worked out rather well 😉

Anyway, I stumbled around University for a few years finishing up with a Bachelor of Science in Psychology and a Bachelor of Arts in Sociology.

During my University years my friends and I would hang out on "the green chairs" in the common area of the University and debate serious subjects like the value of my grade 6 hockey card collection.

During my last year I realized that I had spent 3 years getting these degrees that were going to be pretty useless in getting me a good job.

I panicked and panicked big time.

I started opening the career section of the Toronto Star and noticed all these jobs for "IT Professionals" with various computer skills .... Java, C++, Visual Basic, HTML, Oracle DBA etc.

The starting salaries were huge and the work seemed interesting.

I called up a couple of the employers advertising and asked what type of experience and skills they were looking for.

And I realized that I didn't have anything that they were looking for.

But then, somehow, I stumbled into an ad for a post-graduate IT school that was opening in Toronto and accepting new students.

You needed to have a University Degree and had to pay $13,500 for their nine month program that taught things like Oracle Database programming, Visual Basic, HTML etc.

When I told my friends at University they said I was 100% insane.

Who in their right mind finishes a degree and then pays $13,500 (at the time that was A LOT of money for all of us) to go to another school.

I had gone of the deep end according to them.

I didn't care.  It felt right, I saw an opportunity to break into a growing industry and I ignored them all.

And the results were great.

Before finishing the program I accepted a job offer from the Royal Bank to join their huge IT department on Front Street in Toronto.

Shortly there after several of my University friends attended the same school and plunked down $16,000 for it ... tuition had gone up by then.

Then, as I started my job at Royal Bank I realized that the excitement of the role was massively misplaced.

I was in charge of standardizing all the dates in a mortgage program.

Which meant I had to go through mountains of old mainframe programming code to ensure all slashes were pointing this way "/" instead of this way "\".

It was tedious and horrible and I was locked at my desk staring at a screen for hours.

Within 4 weeks I began having major sweaty nightmares.

I would wake up in the middle of the night thinking that my life was a failure.

I had spent years at high school, all these years at University and thousands of dollars at this post-grad school only to find a job that I HATED with a PASSION.

It was a horrible, horrible feeling.

I really felt defeated and thought that I couldn't live the rest of my life starting at that green screen on my desk.

Even climbing the "corporate ladder" didn't seem very interesting to me.

So I began applying to new jobs and because the IT market was super HOT I quickly got a call from Oracle Corporation for a "technical support" position in Mississauga, Ontario.

I jumped on it.  And when I did ALL of my friends from that post-grad IT school said I was CRAZY.

How could I leave RBC as a "programmer" to become a "support person".

It was a step backwards according to them.

But they didn't see the big picture.

I looked at it as opportunity to learn valuable Oracle skills from the company itself ... I left them all behind and jumped on board.

From there I did that role for two years and then transferred internally into their Sales department.

And the rest in history.

I learned an absolute ton.

I made great money (to invest into properties!).

And I made life long friends.

And it's funny ... the friends I made at Oracle Support said I was crazy to go into sales ... that I was "selling out".

After a couple of years, six or seven of them, made the exact same move.  I think the commission cheques that they saw I was earning were more important to them than "selling out" 🙂

Why am I sharing this with you?

Because we all have difficult situations in our lives.

We all have moments were are lives are reduced to nightmares.

And they often require, what at the time seems like, big decisions.

And your big decisions are likely going to be met with massive opposition.

From friends, from family, from co-workers, from everyone.

And you know what.

You've gotta ignore all that.

Every single time I've stayed true to my intuition and followed my own path it's worked out wonderfully.

I can't even imagine what my life would be like today if I had not made several hard choices over the last few years.

So if you're thinking about investing in your first property and your banker things your crazy...

Or if you're going to "flip" your first property and your family thinks your nuts....

Or if you're going to buy a student rental property and your co-workers think it's a bad idea....

Make your own decisions.  Follow your own heart.  Listen to your own voice.

There will be challenges ahead for you for sure.

But those challenges will make you stronger and they'll  bring you bigger opportunities.

Handling stress and pressure is a valuable skill.

Most people avoid it.

But you shouldn't - you'll never accomplish what you want without facing opposition, stress and unexpected turns.

If you're at a point in your life, right now, where someone is telling you not to do something - it may be time to ignore them!

You can accomplish anything you want.

They're all part of the journey.

And they make the journey much more fun.

Fight those nightmares head on!  Slay those dragons.

There's people all around you that are going through similar challenges right now.

And your dreams are closer to you than you can ever imagine.

0 comments on “My Life Reduced to Major Sweaty Nightmares”