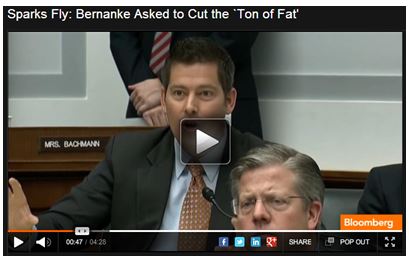 One of the most common questions on all our minds is this...

When will interest rates rise?

Five years ago we got a mortgage for 4.65% and we thought it was a decent deal.

Today we're renewing that same mortgage at just over 3%.

It's creating about $500 more cash flow a month on that particular property.

And in the last five years the property has added about $200,000 in value to us.

A bit of it because of mortgage reduction and a lot of it property prices that continue to climb against all odds.

Remember how property prices were supposed to crash years ago?

And remember how the Bank of Canada has threatened us with higher interest rates that are "just around the corner".

We Canadians were told to prepare for higher interest rates in the summer of 2010.

Then when that didn't happen we were told it would in the spring of 2o11.

Then when that didn't happen it was supposed to happen sometime during 2012.

Can we officially call the Bank of Canada the masters of denial and deception?

Is that too strong?

We don't think so.

As real estate investors interest rate movement pose one of the biggest variable risks to our cash flow so we have to be acutely aware of where they're headed.

The Bank of Canada is NOT going to raise rates in any meaningful way (greater than 1-2%) as long as the U.S. --- the country that buys 74% of our exports --- decides to raise theirs.

And let's face the facts.

The U.S. is in NO position to raise their rates.

There's a lot of different "proof" we could offer for this and if you attend our Economic Updates we go into this in great detail ... but today we present you with something different. 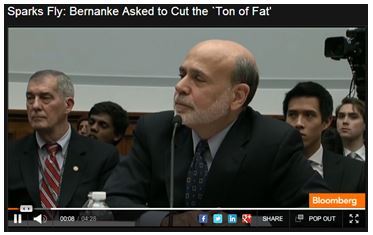 The U.S. is not reducing its budget deficit.

And the U.S. Federal Reserve is NOT going to stop "Quantitative Easing" to finance deficit of the U.S. Government.

As long as the U.S. Government is paying for the travel expenses of the Watermelon Queen of Alabama (LOL!) they'll continue to need "money printing" to finance itself.

Until the economy is allowed to act without the manipulation of "quantitative easing" interest rates are going to be low for a very long time.

I mean, how could they?  It would devastate their economy! 🙂

(Anyone know where we can sign up for some of those classes?)

0 comments on “Attention Investors: Here's When Interest Rates Will Rise...”