Hiding in The Closet While Nick Did Our First Class 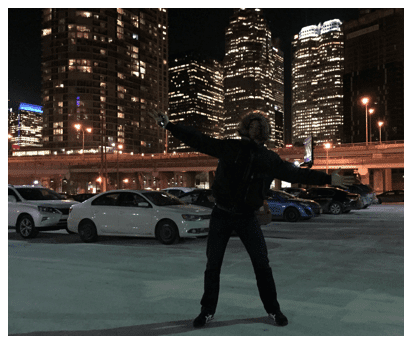 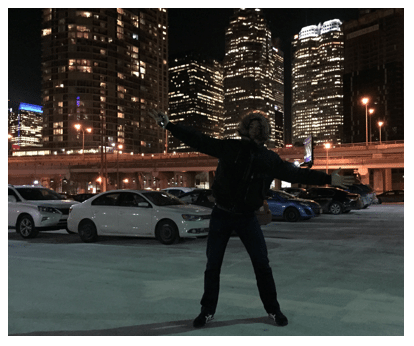 If you're scared to start something new than this post is for you...

When we decided to start the Rock Star Inner Circle it was called something completely different ... "Income for Life".

I was working at NetSuite for the first six months, getting up at roughly 4:30am, going to a coffee shop to work on the real estate business before going into my 9-5 job.

And I had to get up that early because any later and my young children would wake up and tackle me preventing me from leaving.

Then I would be looking at properties at lunch and working with investors from 6pm to 9pm and then stuffing marketing envelopes until about 11:30pm.

Nick's schedule was similar except he was all-in on our new business from first thing in the morning until late at night.

I kept working to keep the cash flow as high as possible.

I had a spouse at home with two kids, a mortgage and Nick took a huge risk walking away from his job and lucrative software sales jobs.

We couldn't afford a regular office in the brokerage we were working out of for Nick so we rented what used to be a closet.

No windows, just a door and a space.

Somehow we crammed two desks in there.

Nick would be working away in this closet all day and I was trapped in "corporate Canada".

Somehow during this time my sales team actually increased their results and I got the nickname of "Polkaroo" because they could never find me.

We signed up our very first "members" to work with in September 2006.

Did our first deal with a non-relative, non-friend a bit later and it closed in December 2006.

We had maybe six or seven member show up.

And I remember being in shock that they did.

I was completely petrified and don't even think I went out to greet them.

I was literally hiding in the closet/office that we had as Nick began the class ... petrified.

This was rather strange because in my corporate job I spoke in front of groups larger than that pretty regularly.

Speaking in front of groups of ten all the way up to 300+ were not uncommon to me.

And it's not that we didn't have real value, experiences and tips to share in that first class ... we did.

But because this was something new and because I couldn't hide behind the "corporate banner" my knees were shaking.

I remember peeking around the corner, looking into the little training room, to see how Nick was doing ... and then running back into the closet.  LOL!

Thankfully somehow Nick had enough guts to give that class.

Now we both regularly give classes on all sorts of topics.  Our last Your Life. Your Terms. Event had over 700+ people in the room.

Somehow it's not scary any more.

I think we both still get a little nervous maybe but there's no urge to run into the closet any more ... thank god.

We regularly speak to people who give us credit for having everything figured out.

We're pretty sure that nothing could be further from the truth.

There's a constant battle to get things done, deal with unexpected stressful situations and a general sense of confusion sometimes.

But one thing that has worked to our advantage has been to be pretty fearless about just booking a class, or a meeting, or an event, or starting a brokerage and deciding to figure it out as we go.

When we decided to start our own brokerage we were working out of two executive offices that we rented monthly and were a combined 250 square feet.

Looking back that is absolutely ridiculous.

So what's the message in all this?

You definitely don't have to wait until you have all the answers to begin.

You don't have to wait until you're 100% confident to start.

If you do, you'll never get going.

Here's what we did find helpful:

1. We spent time with other business owners in networking/mastermind groups who were doing similar things.  This helped give us a kick in the pants sometimes and gave us people to ask questions to.  We often spent money that we couldn't really afford to attend these things.

2. After studying marketing for a few years we felt pretty confident that we understood how to get the phone to ring.  This is something that is not taught properly in school and you're typically not exposed to it in the corporate world.  This was a big advantage and the ultimate reason we both decided we could quit our jobs.  And we weren't cheap about it.

3. We were pretty passionate about two things:  helping people build assets in their lives and creating our own business.

4. We were pissed off with our current situations.  Back then we were both extremely frustrated and that frustration gave us the energy needed to change course.  If we were "comfortable" then none of this would have happened.

5. We had read a lot of books.  Somehow authors of various motivational, real estate, business, sales and marketing books became our virtual mentors.

Today as a team we don't work on one property with an investor a year any more.

We still have problems, stress and challenges to deal with.

It's not a perfect life by any means.

But we have control, and that control gives us a lot of personal freedom.

Enough freedom to do what we want when we want to.

It's been a journey and it continues to be a journey.

Hopefully this gives you some insight into our path and perhaps helps you on yours in some small way.