Hack Your Success With This Horrible Strategy... 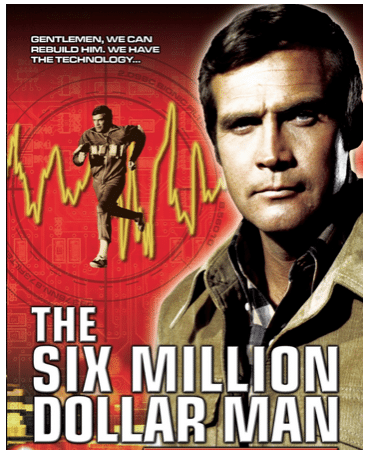 There's a huge trend in the nutrition space right now about "hacking" your body.

Sometimes it's referred to as "bio-hacking."

The idea is that there may be much better strategies to great health and optimal human performance than previously thought.

Recently we've been playing around with this ourselves.  Nick has been eating roasted coffee beans coated with dark chocolate and I've been drinking coffee full of butter and concentrated coconut oil ... among other things like collagen and glutathione.

And the results are still out but so far it's been an interesting adventure.

At the very least we're learning a ton of good information about how our bodies work.  Which is in itself fascinating stuff.

This opened up a discussion about "hacking" your own success.

Can you increase the speed at which you accomplish your goals?

And if there was a way to do this could it be a simple one?

After much reflection, it turns out that there is a hack we use a lot.

Step #1:
List out all the things you know you should be doing to achieve whatever it is you are trying to accomplish.

Step #2
Rank the items on the list in order from "worst & hardest" to "easiest".

Step #3
Now, take a good hard look at the list, take a deep breath and do whatever you've listed as the most horrible thing on the list.  The absolute worst thing ... the hardest one.

Step #4
Break it into chunks or small action items if necessary but find a way to take action that single most horrible thing.

Whenever we're not sure what we need to do in a particular situation we often end up listing out what we know needs to be done and then we tell ourselves, "Well, that thing over there is the thing we don't want to do the most so that MUST BE the thing we need to do right now."

We can't tell you how much personal growth has come from tackling the items that scare us the most.

Personal development and your financial success seem to go hand in hand (as much as some people refuse to admit it).

And this is one hack to push yourself through barriers on a consistent basis.

Always do the worst thing first.

We use the strategy on a day to day basis.  Whatever it is that we know needs to be done on a particular day is often the thing that gets put off first.

So instead we wake up tackling that item very first thing in the morning.

Literally just this week we also had two experiences with a member of the Rock Star team and my own son regarding this exact topic.

A member of our team didn't want to ask someone he was working with to sign a piece of paper that ensured this client was committed to working with him.

He thought by asking this client to sign this piece of paper that he may scare him off ... and he obviously didn't want that as he may lose a sale and a commission.

And he didn't think it was a problem because he was showing this client properties and had a good feeling about the relationship.

At one of our weekly team meetings, this situation came up.

The very next time you meet this client ask him to sign the paper.

Ask him why he doesn't want to sign it.

Get a specific reason.  Give him a good answer and then ask him to sign.

This particular situation isn't about this client.  It's about our team member building up his confidence so that next time this situation happens he feels more comfortable asking.

And here's the big point:

He can then go on to tackle other, more important and much more horrible things.

And his personal growth will continue.

And his personal business growth will too.

Here's the second situation that came up this week...

My son made the school soccer team and because of that, he missed the track team tryouts.

He's made the track team every year but this year he missed them and was pretty upset about it.

Me being the A-type father I am decided this was a GREAT situation.

We have a situation where he can learn and grow from.

I asked him what it would take to get himself on the track team as well as not losing his spot on the soccer team.

He guessed that he could go talk to the track coach and explain why he missed the tryout and see if he could still tryout for a spot.

But then he said that it wasn't a good idea because no one would ask that and they wouldn't bump someone off the team to get him a spot because the team was already decided.

Even better!  An impossible situation that he doesn't want to do!

OMG, at this point I'm flat out excited.

So I leave it up to him but suggest he ask the coach, explain why he missed the tryout and just see what happens next.

I totally forgot about the conversation the next day until my son called me full of excitement.

He went up to the coach, faced his fear, explained what happened and the coach said they would be able to fit him on the team for two possible events.

The best part, no one would be bumped off!  Win-win!

Truth be told it didn't matter what the result of the conversation would be.

I just wanted him to do the "horrible" thing and ask.

He'd learn that it wouldn't be so horrifying and next time he can tackle larger, more horrible looking problems.

He's hacking his way to success 😉

But you get the point, right?

We believe that your success is tied to your ability to solve problems.

And if you're not achieving the success you want right now it's because you are not fighting big enough problems.

You need bigger problems in your life to achieve greater success.

And the way to graduate to bigger problems is to face the ones you have in your life right now.

The most horrible ones.

Face them, deal with them and beat them down.

Do it consistently and it's like a magical personal growth hack to your success.

Now go on, tackle a big one right now...TODAY!

0 comments on “Hack Your Success With This Horrible Strategy...”