7 Signs a Global Economic Recovery is Missing in Action 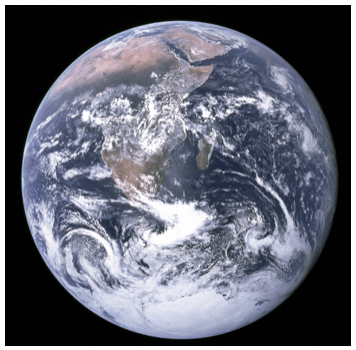 Earlier this year the Bank of Canada governor warned Canadians that interest rates may rise soon.  You can read all about it right here in this CBC article.

In our recent Rock Star Inner Circle Member Event we gave a 70-minute presentation on exactly why we didn't think it would happen.

In fact, days after Stephen Poloz, our Bank of Canada governor, made the statement about higher rates, this was a headline in the Toronto Star: 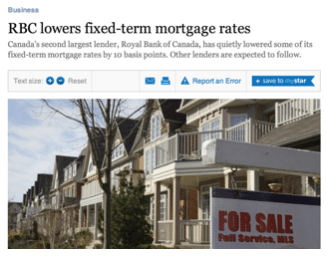 With this type of economic humour (aka ... confusion) occurring almost daily we thought we should share a few of the latest shenanigans going on around the world for your own observation, research and humour.

And just to clarify, we say humour because we are five years into an "economic recovery" after a financial disaster in 2008 and it seems like things may be getting worse, not better.

1. ZeroHedge.com is reporting today that, "Retail Sales Slide Across the Board, Post Biggest Miss Since June 2012".  Click here to read all about it.

2. Our exports are hurting and Canada is hinting to foreign investors that we're threatening to lower rates here so stay away.  Reading between the lines, we want a lower dollar in Canada.  And when we say "we" --- what we really mean is our government wants it, we don't.

3. Americans are not spending money.  The U.S. consumer accounts for over 60% of the action in the biggest economy in the world - the U.S..  Over 70% of Canada's exports go to the U.S. - so when their consumers aren't spending it hurts us here.

Here's a chart illustrating how fast money is changing hands, it's called the "Velocity of Money", and it's used by economists as an indicator of how fast people are spending.   You can check it out here.

4.  Remember Cyprus?  Well apparently even after the bail-out that was actually a bail-in their still having problems.  The details are super sketchy and many of the articles have strangely vanished but we found this one still available.  We managed to find this tiny article still on the web.

5. The Chinese, frustrated with the lack of real action to fix the economy by the Americans, are now more publicly calling for a need to "de-Americanize" the world.  Read all about it here.

6. Remember Greece?  We want to visit there and hope to find some nice scenery but apparently we're not going to find any jobs.  Their unemployment rate just hit a new record of 28% as reported right here.

7. In the midst of all these positive development (tongue firmly planted in cheek) ... the new Federal Reserve Chairman, Janet Yellen, is claiming that she will continue to "taper" the monthly money printing going on because the economy is recovering.  Hmmmmm, what data points are they looking at?

We think she will taper it again, however, our money says she reverses course before the year is over.

You can listen in on Jim Rickards, who knows his stuff, comment on Janet Yellen's thinking right here.

Before we get the nasty emails that we usually get after posting something like this ... you know, the ones that say we're scaring people, or that we think too negatively etc. etc.

A) We don't believe that by ignoring reality it makes it any better.  Sticking your head in the sand is not an effective strategy.

B) We strongly believe our own financial future is very bright and that by understanding what is going on we can all position ourselves for prosperity.

And at the Rock Star Inner Circle Member Event we explained exactly how we're doing it ourselves.