The Housing Problem in Ontario is About to Get Worse 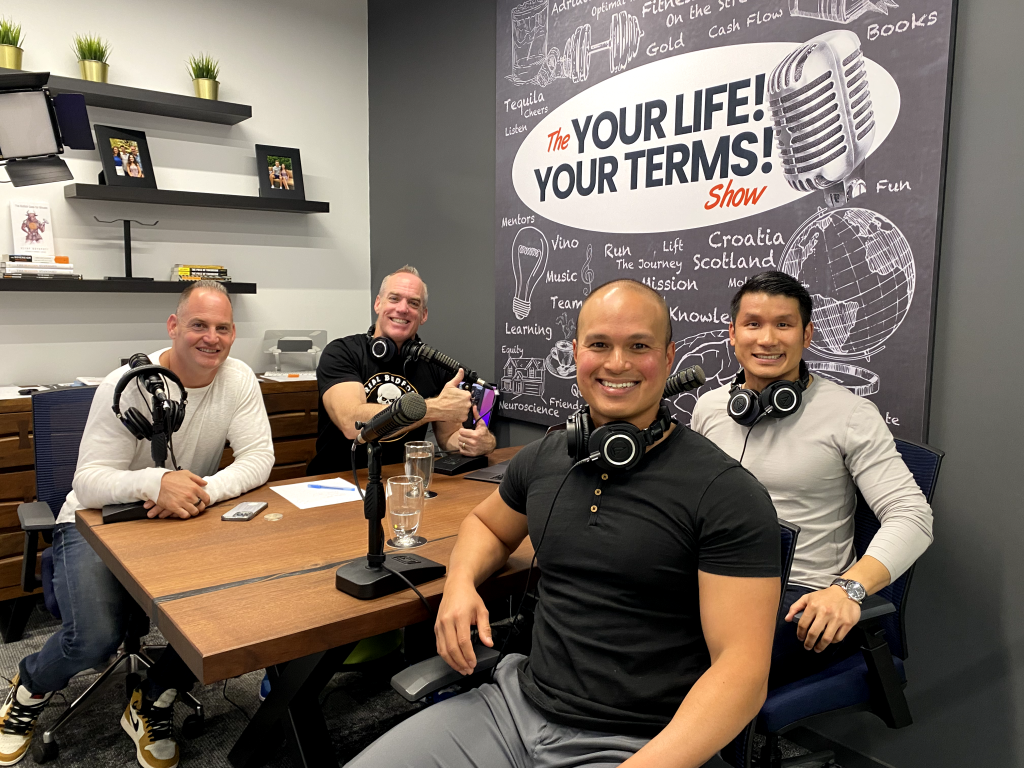 Charles Wah and Kenson Wah are two of those types of humans.

They were in-house at Rock Star yesterday to record a new podcast where Charles shared updates on what he's up to with his real estate developments and how his brother, Kenson, is joining the team.

We chatted about Florida, Toronto infill projects, St. Catharines bylaws, population growth, housing needs in Ontario, and what it means to live life on your own terms.

It's been amazing to watch both of them carve out their own paths over the last few years. Stay tuned for this episode to be released shortly!!

And we're bringing this up today because our discussion together included a back and forth about the housing problems we have here in Ontario.

This week we released a new podcast episode on this exact topic with Mike Moffatt.

If you're an investor here in Ontario you must listen to this episode.

Here's what most people don't understand...

Aside for the absolutely incredible amount of immigration pouring into this area we have the Colleges and Universities adding to our population in an undocumented way.

You see, they're happily encouraging foreign students to come to Canada. Which we're absolutely fine with of course. We want bright, educated people in the area. We all benefit from it.

However, they're not communicating the numbers they're accepting to any level of government.

So as the foreign student population growth has continued to explode in Canada and especially in Ontario there has been almost no planning when it comes to housing needs!

This is making an already difficult housing situation, even worse.

On Twitter @BenRabidoux has been beating this drum for some time.

And Mike Moffatt shares more detail around this on the podcast.

It's something we've been writing about for a few years and put together a population report about Ontario's situation that has been updated for 2022: www.RockStarInnerCircle.com/reports

So while everyone is freaking out about interest rate moves we seem to have diverted attention away from housing needs.

Each of these things matter.

We pay close attention to interest rates of course (after the next raise in June things should really get interesting ... let's see if the BoC and The Fed begin to change their language a little this summer from their planned 7 more increases!)

And we pay attention to supply/demand.

If you look at housing supply, we increased housing by about 12% over the five year window of 2016 to 2021 (as compared to the previous 5 years).

But Ontario's population increased by 54% over the same time!

From the same report we find this:

That's about 97K homes a year.

The problem is we're building about 70K a year in Ontario.

At the end of ten years we may be short 130K homes.

For context, the city of Oakville Ontario probably has approximately 100K homes in it.

So we're going to be short an entire city's worth of homes.

If these projections are low, which they always seem to be, we could be short even more.

So yes, prices are gyrating over the last 12 months. House prices are up 25% and then suddenly down 15%.

It makes for great headlines.

And that's more a factor of the manipulation of money through the central planning of interest rates.

As money becomes more expensive, the prices of homes drawdown. As money gets cheaper the price in dollar terms goes up.

You know what doesn't change by very much?

The number of homes in Ontario.

Our humble opinion is this.

If you are lucky enough to own a single-family home or semi or townhome in Ontario right now (or shortly) ... count your lucky stars.

Because with these supply-demand numbers it doesn't seem to us that it's going to get much easier to find them, never mind own one.

If you're interested in this stuff definitely listen to the Mike Moffat podcast that we released this week, it's linked below for you.

Fundamentals matter. An economy is a complex thing. Interest rates, supply and demand ... each of these things matters over the medium and long term.

If the real estate headlines are freaking you out ... remember, the media's job is to sell clicks.

Your job is to keep the big picture in mind.

It's ultimately the only way you'll ever live life on your terms.