The State of the Global Economy in 3 Easy Charts 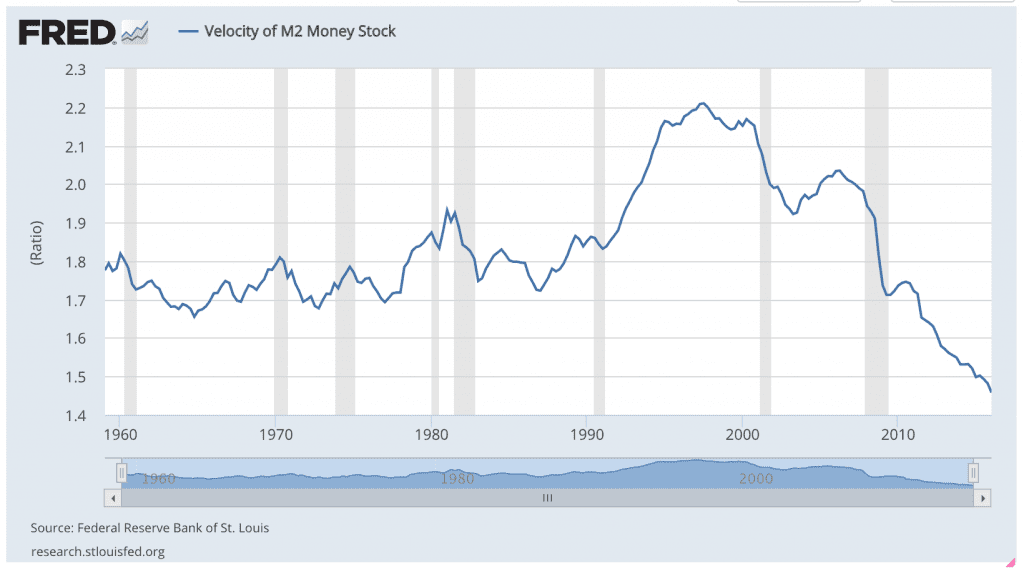 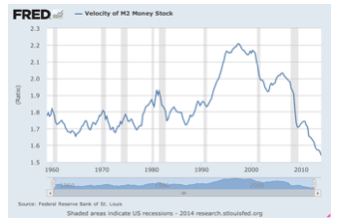 If you're new to us, this blog and Rock Star in general then let it be known that we love studying the global economy.

We spend a lot of time on Canada and even more time on the U.S. as our largest trading partner (75% of our exports) and the largest economy in the world.  Still ahead of China by 5-7 Trillion Dollars annually depending on who you listen to.

And because our beloved Bank of Canada acts in virtual lock step with what the U.S. does let's take a peak at the latest U.S. economic data for some fun!

It's no secret that the U.S. is spending between $500 Billion and $1 Trillion more than it takes in taxes.

This is bad, to put it mildly, and as a result their debt load is going bananas.  The U.S. total debt is approaching 18 Trillion Dollars ... that's a lot of dollars to pay back one day .... 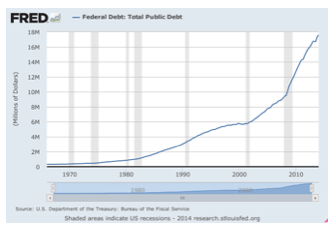 The U.S. economy is driven by people buying stuff they don't need 🙂

Is that a little harsh?  We do the same here in Canada but you should know that the U.S. consumer is responsible for something like 65% of their economic activity.  That's a big deal.

So when you see a chart of how fast money is flowing through the U.S. economy that looks like this, it kinda/sorta spells not so good news for the economy...

Maybe people aren't too busy to spend it.

Maybe, just maybe, the banks are too busy investing the funny money for themselves to grant the loans required to spur on business development.

Many economists seem confused that there's no massive U.S., Canadian and all around global economic recovery in full swing.

Part of the problem down in the U.S. is likely that the percentage of the population actually working is at it lowest levels in decades... 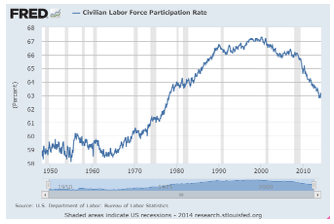 Maybe people aren't spending money because they're not working?  Seems obvious no?

The less obvious observation is that maybe, just maybe, there is ample opportunity to work but there's a lack of entrepreneurship and work ethic ... could that be the real problem?

We'll let you decide that one.

Until these charts look a little different the U.S. economy isn't going to turn around anytime soon.

This is the "new" normal for all of us.

Your investing, your life, your future is in your hands and luckily there's enough opportunity around to accomplish anything you'd like!