Creating Seeds of Wealth in our Children 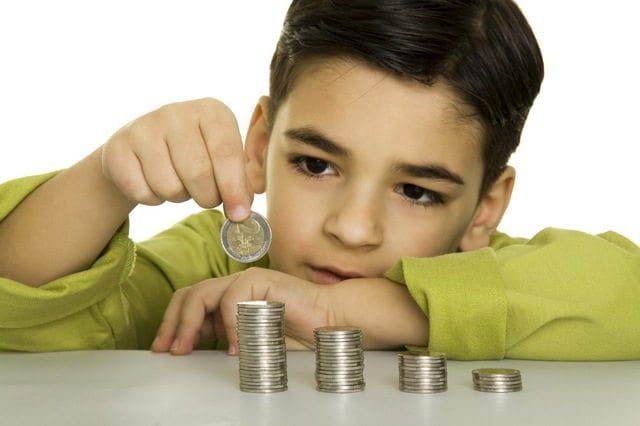 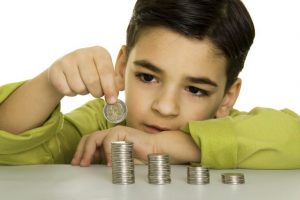 Last night my daughter told me that she had “a lot of money.” She had saved up $150 and was now ready to buy a MacBook Air so she could be just like her big brother. In trying to plant seeds of wealth, I explained that although she has done a great job saving, Aidan, our ten year-old son, saved up for an entire year before he was able to buy that MacBook Air.

His final push included a lemonade stand where he recruited his sister, two cousins and two kids from the neighbourhood to wave down cars.

Carol, my wife, even had to run to the grocery store for more supplies he was selling so much. 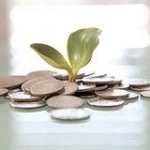 At the end of the afternoon he sold $98 worth of lemonade at $1 a glass. He even sold some to the people waiting at the bus stop down the block. It was three hours of madness. I have to admit, at $1 a glass, I was shocked he sold as much as he did and he even managed to get tips on top of the $1.

He was super excited until he paid out his helpers, that took almost half of the pot. Then I told him he had to pay his Mom back for the cups and lemonade. That took another chuck of cash. He was left with just under $40.

He was shocked with his final tally but, to Dad, it was a great lesson in running a little business and spreading the seeds of wealth.

When I explained all this to our daughter, that she too could start a little business to ramp up her money making, she just looked at me and said, “Daaaad! I’ll just ask Grandpa for some money, it’s way faster.” I’ve got work cut out for myself with her if I want to share those same seeds of wealth!

Because we want our children to be self-reliant when it comes to money, both Nick and I are big believers in teaching money lessons early on in order to pass on those seeds of wealth to our next generation.

Yet, it seems like when it comes to money, most Canadians don’t learn anything about it until well into their 20’s and 30’s, if they're lucky!

We pulled up the latest Statistics Canada numbers and the average Canadian saves just 3.6% of his/her disposal income.

We were ready to complain about that until we noticed that the government spent $32 Billion dollars in the 2nd Quarter of 2012 that it didn’t have. $32 Billion!

When my son was born I read a booklet called “Seeds of Wealth” and I no longer remember the author’s name so I can’t give full credit for this (always put your name on anything you publish!) but it had some great guiding principles that we’ve followed pretty religiously with our children.

This has been the simplest and most effective way we’ve used to teach our children about saving money and spreading those seeds of wealth. After years of following this, they treat saving money as a normal part of their lives.

Here’s the basics of what was shared in the Seeds of Wealth for Children:

Children have time. Albert Einstein is credited with saying that the greatest force in the universe is “compound interest”. Nothing creates wealth like “time in the market”. Children learn new habits easily and quickly. The habits they pick up early in life have a good chance of staying with them forever. Our children have no bills to pay and have zero or very little taxes to pay. They have 100% disposable income - which is a huge advantage for them when talking about passing on those seeds of wealth.

The Seeds of Wealth Combination for Success

These numbers are the Seeds of Wealth saving ratios. Here’s how they work.

STAGE ONE: Age One Day to 4 Years Old

Save 100% of any of your children’s “income.” During this stage you actually put the money away for them but starting with Stage 2 they handle the money themselves.

Save 50%. This is a critical stage because although most parents save money for their children while they’re young, many seem to abort the idea when their kids get a little older.

During this phase kids handle the money themselves and are taught to save 50% of everything that comes into their hands.

At this stage we started bank accounts for our children to deposit their money into. After it accumulates, we then get them to take it out and buy silver with it. You didn’t think we’d let them save in dollars did you? That's another useful tip for spreading seeds of wealth as well.

We explain that dollars lose their value over time so you should hold your savings in something that is even better than dollars. Yes, we are brainwashing them early!

The 50% savings rate leaves them plenty of opportunity to use the other 50% for whatever they please.

And we tell them exactly that. With that remaining 50% they can blow it on anything they want.

After about a year of buying small inexpensive toys and candy, we told our son to get a cup and label it with the “big expensive toy” he wanted and then put some money into that cup each time he received new income.

He now uses several savings cups to save up for various things out of the 50% spending money. That’s exactly what he did to save up for the MacBook Air. As an aside, after saving up for one year for that MacBook Air he cares for it much better than things other people have purchased for him, which is really what the seeds of wealth is about, having your children genuinely take an interest in their money and spending habits.

Save 10%. This is the College/University years. During this time most of us had very little cash. And what we did have was invested in beer and reading week vacations to Mexico. Somehow we always had money for partying, but no money for textbooks!

Although money will be tighter for our children during this phase, we plan to teach them to save 10% of their income even during this period. And with the habits they’re developing now, we feel they’ll handle the transition from 50% to 10% rather easily.

And because they’ve been saving already for years at this point, anything they add to the “pot” during this time is a bonus and has years to compound its gains for them.

By the way, this strategy isn’t for having them save for retirement, although that’s a nice benefit. What we’re trying to accomplish is to teach them good money habits that serve them well during all phases of their life.

STAGE FOUR: Ages 22 to Having Kids

Save 15%. This is the “single-working-adult” phase of their lives. During this time your expenses are still below what they’ll be when you get married and have kids so we believe that the 15% savings rate is possible.

Also, during this time they’ll be earning more money than they have previously. And we should note that we don’t plan to have our children wait until this age to actively invest and/or start their own business. We’ll be encouraging those seeds of wealth right through their teens. My son is starting his own “business” website on a topic he loves (sports) shortly.

Save 10%. They’ll be in control of their own decisions long before this time, however, we’ll still be the obnoxious parents encouraging them to save 10% of their disposable income even during the high spending years of starting their own families.

Saving 10% at this point in their lives is hopefully an unconscious habit and won’t feel like a sacrifice.

We love this approach to planting seeds of wealth for its simplicity.

I get so excited when I see my ten year old son split any money he receives into half and then takes a portion of his spending half to save for something he wants.

A huge proud papa smile pops up on my face each time I see him go through that process knowing that I'm planting seeds of wealth within my children!

0 comments on “Creating Seeds of Wealth in our Children”