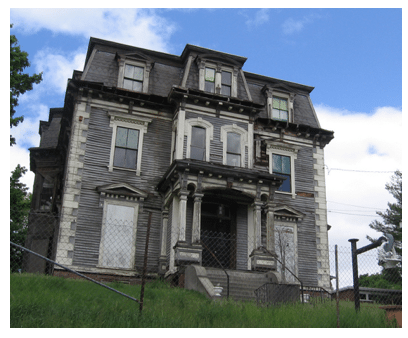 Last week I was chatting with a self-proclaimed real estate investor and the conversation was unfortunately rather typical.

We briefly chatted about how excited he was to buy his family's first investment property and how he was doing this for their family's financial future.

And then the conversation turned to their experiences so far.

Turns out it wasn't great.

Their property was sitting vacant.  They were having trouble renting it out.

When I asked them why this was the case things turn ugly.

I asked what ads they were running.  Apparently, they had some Kijiji ads that were generating "hardly any leads".

When I asked how much was "hardly any" they didn't have a clear answer.

They decided not to run newspaper ads because "no one called from them".

When I asked how they knew for certain that no one called if the same phone number was used on Kijiji and the newspaper they answered with, "they were pretty sure no one called".

When I asked how many people they had viewed the property they told me that EVERYONE who reached out that the rent was too high.

Really?  Every single one?

At this point, I'm losing interest but I press on...

I asked how anyone could think the rent is too high if they hadn't actually seen what it is that they were going to rent?  The last time I checked Kijiji didn't have a magic portal through which you could walk into a home.

They explained that they did have one or two people out to the property but they couldn't afford it.

So the rent might not be too high ... the quality of candidates may be too low.

This point seems lost on them.

I then asked how many TOTAL leads they had on the property for all advertising sources.

They explained that maybe it was around 20.

I asked how many times they reached out to each of these leads.

And if no one answered the phone when they called or replied to their email when they responded did they try again?

So they had someone express interest and they gave it all of a single attempt to reach them.

I asked how many times they were prepared to show the property.

They explained that is was at least 30min from their house so the most they would go out would be once a week to show it.

This is a person who has convinced their spouse to take their family's savings and "invest" it in a property.

This is a crime.

Some people just should NOT get into real estate.

They should stay very far away from it.  They don't have the emotional capacity nor the skill for it.

Go put your money in some mutual fund or some dividend-paying stocks, cross your fingers and toes, and hope for the best.

This is the same type of person who will tell their friends one day that they tried investing in real estate but it just doesn't work.

Little did this person know, and it took all of me not to say anything, that I knew of another investor a few city blocks away that rented out a similar property in one week.

No one is going to give you anything in this world for free.

And making money in real estate is not a free, easy ride.

It's fairly simple but you have to actually do something crazy like ... W-O-R-K it.

Here's how they should be thinking of the process:

Make your ads gain ATTENTION by writing an ad that is appealing to your prospective tenants.  Test multiple ads regularly and repeatedly.

CONVERT that attention from tenants into an appointment at the property by SELLING the home and NOT the rent amount.

Create DEMAND and a sense of URGENCY for the property by lining up multiple appointments.  This requires good advertising and conversion (see above).

Turn that feeling of urgency into RESULTS through a signed lease.  Don't just walk people around the house and hope for the best.  At a minimum guide people to fill out an application form.

And track each of these steps.

Because by tracking we can learn and improve.

How many times did you call each lead?

How many people showed up at the property for the appointments that said they would?

How many people filled out applications?

Real estate is a real business and we need metrics to run it.

When you track your real estate investing like a real business we can figure out what's going on.

But vague answers like "hardly any" or "maybe around 20" are not good enough.

In fact, those answers suck.

If you're not going to treat this business seriously then please don't take your family's savings and risk it on some income property.

This is not the type of work ethic that makes either of us happy.

It's no wonder that some people just can't get ahead ... they don't deserve to.

Did I mention that since I turned 40 more stuff is rubbing me the wrong way ... I'm turning into my father me thinks.

0 comments on “The Scary Reality of Real Estate Investing Today”