Rents are Going Sky High in the GTA & Golden Horseshoe 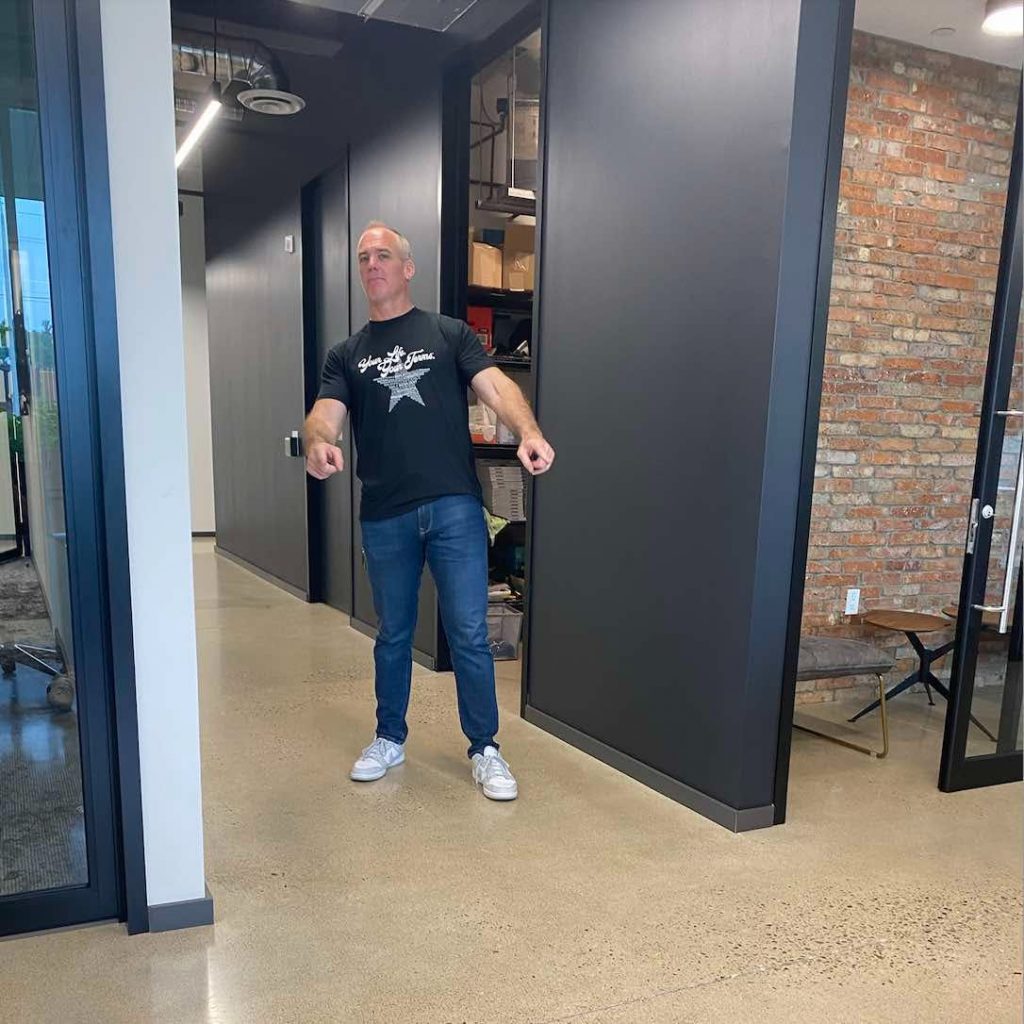 That's me (Tom) taking our brand new t-shirt design for a test drive in the Rock Star office.

I'm far away in the picture because it's not ready for prime time just yet. There are a couple of tiny last-minute tweaks.

The star in the middle is made up of different words that are meaningful to us and we're changing them up a tad.

Stay tuned, the new release will be out shortly!

For the record, I'm doing work here in the office while Nick is already on the beach in Croatia enjoying patio lunches.

If there was any question around which brother works harder than the other I think this makes it pretty darn clear. Case closed on that, LOL!!

This week, we're sharing a brand new Rock Star Minutes video where we chat with Mike Desormeaux to get an update on rental rates around the GTA.

Last week, we shared that our moving ten-year average of new housing units built in Ontario is approximately 700K homes (all types).

Between the Ontario government's forecasts and now CMHC's Housing Affordability report, it looks like we'll need anywhere from 1.5 million (to address the actual needs of population growth) and as many as 2.6 million homes (to make housing actually affordable again).

We literally have no idea how either of those two targets are going to be met.

Remember, we have only built around 700K in the last ten years. With supply changes, land costs, development cost increases, and labor tightness...how is this going to happen?

Which means although we may have dips in housing prices, when rates jump up - as they have been - over medium and longer-term cycles it would seem to us that the fundamentals point to continued demand.

And perhaps some of the strongest demand in all of North America.

Toronto is currently ranked as the second fastest growing city in North America. 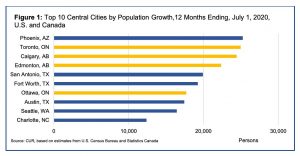 Part of the reason we focus on "starter homes" with investors is that in all markets they seem to have the most rental demand.

When the economy is firing hot there are lots of first-time home buyers. When the markets are cooling, there are always families looking for good homes if they can't afford to buy.

We consider the residential starter home the most liquid piece of real estate in Canada.

People always need a place to live and with our population growth that demand doesn't seem to be decreasing.

But just because home prices are cooling, it doesn't mean rents are doing the same.

You can click right here to check out Mike Desormeaux sharing what he's seen in rents recently in both Maple and St Catharines, Ontario.

It's absolutely shocking to us.

And we don't know where prices will stop.

Our family got burned pretty badly when the real estate market turned down in the early 1990s. We were stuck trying to rent out a luxury home, 4,400 sqft, and it proved to be difficult.

But friends who had "starter homes" survived through that period with much more ease.

It's a lesson that has stayed with us to this day. Starter homes in good areas (condos, towns, semis, fully detached) always have the most demand to rent out, buy and sell.

And as investors, we enjoy owning the most liquid type of real estate. It gives us the most options in all types of economic environments.

That's it for this week, everyone.

Our family is off to join Nick and his on the Adriatic Coast next week, we'll send you an update from there!

We have recorded some great new podcasts for you to enjoy while we're away...stay tuned, they'll be released regularly through July and into August.