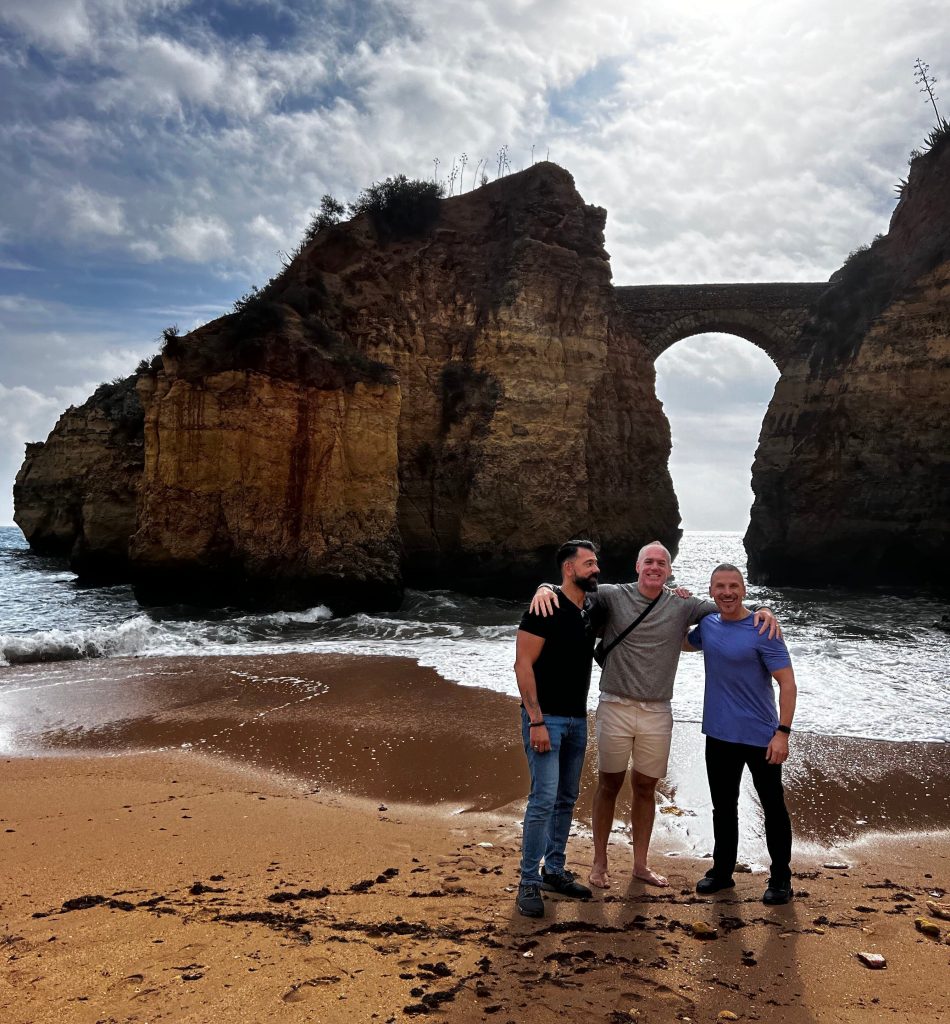 That's myself, Mike Desormeaux and Ruben Furtado checking out some of the cool coastline in the Algarve, the Lagos area to be exact.

We're out here checking out some property that Ruben had found earlier this summer ... and it's his 50th birthday coming up so we decided it was a great excuse for a guys trip.

I had never been to this area of Europe and it's pretty interesting.

The coastline is very different from the Adriatic Sea area that we're more familiar with. The beaches, the properties, the vibe ... all have a unique Portuguese flair to them.

Here's a pic of a duplex project we went to check out right next to the old town of Lagos. 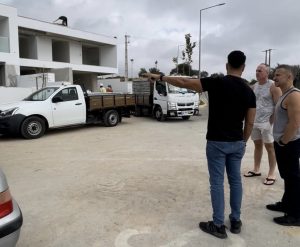 The numbers are pretty interesting and the high season short term rental rates are incredible.

Over time as we get more experience over here these are things we may introduce to the Rock Star group … right now we’re in the education phase of this.

And speaking of Europe…

The gas/energy costs across Europe are high. We have an in-law in Florence, Italy who is turning on her gas appliances as little as possible because of the high gas charges.

As countries like the UK continue to sell U.S. Treasuries that they own to raise US Dollars for energy purchases, it’s putting incredible pressure on bond rates around the world.

This would be unthinkable just a few months ago.

Sweden and Austria are the latest Eurozone countries to have these rates jump.

This is telling us that “the market” is seeing major problems with a nation’s ability to cope with high rates.

And the rate pressure isn’t going to stop soon it seems.

Food inflation hit 11.4% … to the absolute surprise of no one who has been watching their grocery costs.

This all brings us to Canada’s real estate market…

As Europe continues to sell those U.S. Treasuries to raise dollars for energy and for their increasingly higher USD interest payments … the bond market rates go up.

And whatever the U.S. bond market does, Canada follows.

And because fixed rate mortgages are based off of the bond market we’re left with higher rates in Canada.

So as strange as it sounds, energy prices in Europe need to come down before we’ll see lower fixed mortgage rates here in Canada.

So our Canadian real estate prices are indirectly tied to what is happening with energy in Europe.

The only way this changes is:

And if #2 happens we would be in a situation where we are doing monetary policy QE or some sort of fiscal stimulus with already high inflation.

The bottom line is if you’re interested to know where Canadian property prices will head next keep an eye on European energy prices.

It’s absolute madness that any of us have to be armchair global economists to understand local real estate prices but that’s the reality of our credit based system.

Easy credit for too long has created this.

And now energy shortages have created a situation that is an economic firecracker waiting to pop.

It’s why we believe owning good income properties, gold and/or Bitcoin and having access to liquid cash is the right mix for us to navigate these times.

Income properties allow us to directly own and control streams of cash flow and the “hardness” of property means as more dollars are printed eventually it will go up in “dollar price”.

Even though at the moment rates are pulling prices down … we believe that mathematically that cannot last over medium and longer terms. Time will tell if we’re right.

And right now, in our opinion, direct ownership and control of assets is more important than ever.

Gold/Bitcion allow us to own scarce commodities. One is physical and one is digital but both are scarce. My personal preference leans to Bitcoin.

And cash savings provides us the liquidity we need to survive day-to-day.

So for us, good income property, gold/Bitcoin and liquid cash is where all our focus is right now.

It’s time, right now, to decide what your asset mix should be … and add to it and grow it consistently.

We’ll continue to share updates of how we’re seeing things out here.

In the meantime we’re off to Lisbon to enjoy some good food and great wines!