People Are Talking Behind Your Back & It's Costing You 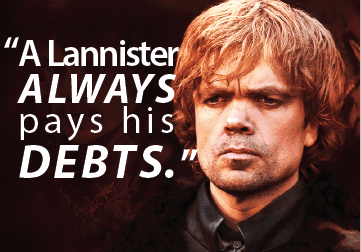 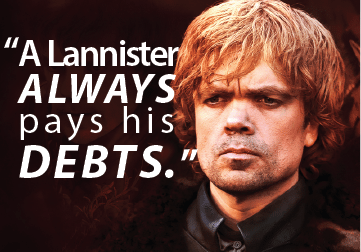 Growing up in the construction business we're used to people screaming at each other when they're doing business.

Screaming, back then, was actually a very normal way to communicate.

If you didn't scream it seemed no one listened.

It was a scream fest.

Both Nick and I prefer normal levels of communication so it took a while to get used to it all.

Very often the reason people were screaming at each other was because of money.

The general contractor would ask the drywallers and bricklayers to do things outside their scope of work and screaming would result.

The companies who supplied materials to the job sites would sometimes deliver inferior quality product making the lives on the tradespeople more difficult.

And screaming would result.

Most of the screaming around money was done because someone was trying to screw someone else.

And word spread quickly about these people and their tactics.

They got a reputation and from our observation it cost them.

Not only did people hate them but they never got any sort of favours.

What does this mean to you?

Over the past eight years in real estate, we've watched a lot of people and it's become obvious that some people just seem to find success easier than others.

Everything seems to fall into place for some people.

And it always seems to fall apart for others.

There are many reasons for this but there's one big one.

As an example, we had one person many years back explain to us that they called five different lawyers, demanded some face time with each to qualify them and then after each had invested an hour of their time they went with the cheapest option.

They explained that they need to watch their money or no one else would.

The next time this person needs a new lawyer and calls those other 4 lawyers what type of reaction do you think he's going to get?

Through observation, we've noticed that the people who pay the fees as asked/quoted by competent professionals get something unexpected in return.

When they need help with a legal issue, an accounting problem, financing, an investment property...

This makes your life really easy.

It's like having an army of professionals working on your behalf at a moment's notice.

And you may ask why they would do this for you?  Is it because you were the client who paid full price and didn't save $75 on an $800 bill?

It's because SO many other people try to not pay their bills, are not loyal to good professionals, squeeze for every last dollar on their quotes that these professionals end up not making any money on the transaction.

So when they have a client who honours them by paying their fees they go out of their way to make them happy.

We're not saying to pay silly amounts of fees unnecessarily ... negotiate and ask for better prices ... but make sure it's still a win-win.

If you're just starting out building your business or your real estate portfolio there is a certain currency that is much more valuable than saving a few bucks.

And we cannot tell you how often people miss this.

In our lives, and we can only speak for ourselves of course, but the most valuable thing to us has been our relationships.

Not our real estate or our marketing knowledge or our education or even our money ... it's been having the ability to pick up the phone and call people we need to when we have a problem ... and having them answer.

It makes our lives so much easier.

We believe that everyone must be making money in a transaction.

And if the only way we're going to make money is by beating down someone on their prices so that they're not making any money ... it'll likely come back to us.

If you find a professional and pay them and they don't provide good service - move on.

But if are lucky enough to find someone who does good work - pay them what they're worth and more!!

Now that we've been running our own business for several years we've noticed something else.

It's a small world out there.

All these professionals in the real estate, legal, banking, accounting world seem to know each other.

And they talk about you behind your back.

If you're not honouring the working relationship with them they warn other professionals about dealing with you.

You're having doors closed on you that you don't even know about.

Trust us on this.

You're not having some of your calls returned because your name is being mentioned before you even ring the phone.

It makes your life much harder.

We're not saying you don't negotiate with the contractor, with the real estate agent, with the lawyer ... but there's a difference between negotiating and going super cheap or cutting professionals out of a deal that they've worked on to save yourself a few bucks.

And it's why so many people struggle.

They think their network of relationships is worth more than anything and they're willing to invest in it.

The next time you have a problem and aren't having your calls returned ... you should know that your name is being discussed behind closed doors.

There's nothing more valuable in our lives right now than our relationships and we'll go out of our way to maintain them.

Your name is gold.

It'll open doors for you.