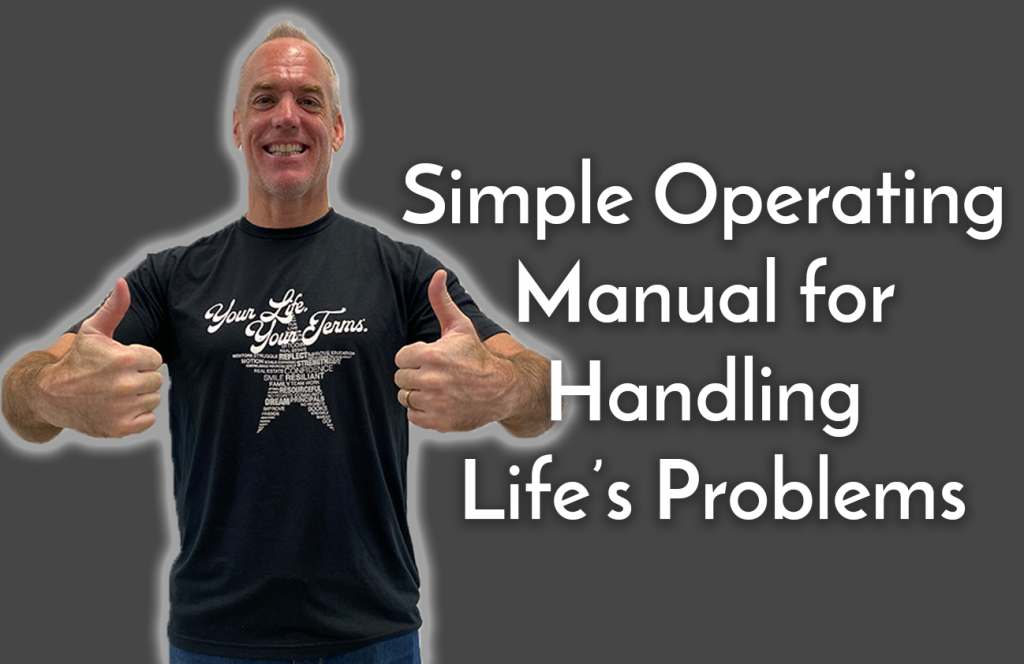 A few years back, we read the book 10% Happier, by ABC News Correspondent, Dan Harris.

We weren’t expecting much from it for some reason, perhaps we’ve read so many “self-help” books now that we feel we’ve seen it all or something, but it was a good, quick read.

In the book, Dan walks us through his journey as he tries to calm the endless chattering of the voice in his head through the use of meditation.

He’s actually quite funny as he recounts his encounters with self-help gurus, Deepak Chopra and Eckhart Tolle, among others.

Eventually, his path has him learning all about Buddhism and Dan even goes on multiple ten-day retreats of complete silence. Funny enough, our Mom has done similar stuff but she doesn’t want anyone to know, so we told her we’d keep it a secret! 😉

Quick Aside #1: Our Mom took us to “The Silva Method” meditation camps when we were very young. I (Tom) was around twelve which would have made Nick eight years old.  They had a lasting and very positive impact on us.

During his discovery of Buddhism, Dan stumbles upon the idea that you should always face your fears head on, here’s the passage from page 112 of the book:

“The idea of leaning into what bothered us struck me as radical, because our reflex is usually to flee, to go buy something, eat something, or get faded on polypharmacy. But, as the Buddhists say, ‘The only way is through.’ Another analogy:  When a big wave is coming at you, the best way not to get pummeled is to dive right in. This jibed with what I had learned through my own painful, public experience after returning from Iraq, using drugs, and losing my mind on television; when you squelch something, you give it power. Ignorance is not bliss.”

Quick Aside #2: Our Father taught us how to pummel things by literally ripping down massive sheets of drywall with his bare hands when a wall wasn’t built correctly on one of his construction sites. So somehow we learned the Buddhist art of mindfulness from our Mom and the Buddhist art of pummelling through obstacles at an early age.

This idea of facing things head-on has served us so well over the years that we wanted to bring special attention to this idea with you right here.

Almost every time we’re faced with the clean-up of a vacated property, a sewage backup, a large renovation project, a tricky refinance, or a tenant situation, our instinctive reaction is to ask each other, “Should we just sell this property right now?”

And every time we do it, we catch ourselves and remember to focus on the long-term and then buckle down and face the situation straight on.

Literally every single time we do things this way we’re eventually grateful that we didn’t sell and laugh at how ridiculous we were sounding.

It’s almost like that instinctive, immediate, emotional response is a test. And if you can overcome succumbing to it then things tend to fix themselves rather quickly.

We get the exact same results with building Rock Star as a business. Each time we question the importance of writing yet another blog post, or doing yet another video, or hosting yet another class, we’ll get some random feedback or event that justifies it all.

Not only does facing things head-on force us to think long-term about real estate, business, investing and relationships, but it also brings a great amount of peace into our lives.

Because shortly after that moment of emotional panic, where we question the work in front of us, something magical happens. As soon as we begin working on the problem, the size and difficulty of it decreases rapidly. So much so that shortly after we start, we question why we even had those silly emotional outbursts.

There’s an immense sense of peace and a tremendous amount of confidence that is generated from facing something you don’t want to do and then doing it.

And this builds on itself. We believe in this so much that when we’re confused about what we should do in a certain situation we often find ourselves saying this to each other out loud, “What don’t we feel like doing right now? Then that’s exactly what we need to do.”

Sounds strange, we know. But it works like magic for us.

Here’s the little process we use summarized:

Re-analyze our emotional state after we’ve completed these items.

It may sound incredibly strange but it’s worked wonders for us.