It's Scary Out There - The Game of Bluff Begins 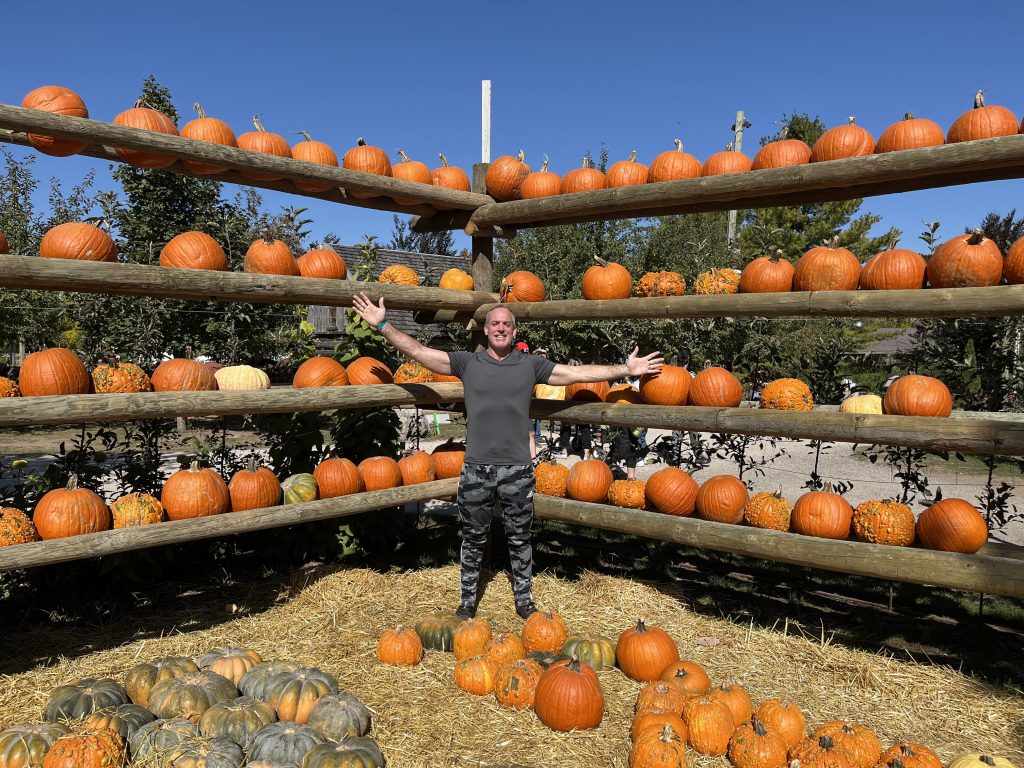 It's scary out there.

And I'm not talking about global energy prices, inflation, interest rate moves or the infamous Canadian "trigger rates" and a massive currency devaluation.

We'll discuss those in a second ... but for now we're talking about the spookiness of Halloween!

It's coming, are you ready for it?

We took our annual family trip to Chudleigh's apple farm out in Milton, Ontario.

Our family has been going there for years. The family highlight is still when a goat sneezed on Carol's hand as she was feeding it.

An absolutely massive, goat-sized snot, landed on her hand and our kids have been talking about that moment for at least ten years now, LOL!

Halloween is a fun time of year and I'll argue that Fall is Canada's best season.

But there really are scary things going on in the real world.

And we're getting some new investors asking us if it still makes sense to invest in real estate.

Let's dive into this spooky subject...

The world is in the middle of a massive fiat currency devaluation.

What does this mean?

It means that there's just too much debt in the world.

Government debt, corporate debt, private debt. And let's not even get into "unfunded, off balance sheet" obligations ... that's basically even more debt that somehow isn't being counted.

The global economy is about $100 Trillion.

So we have a lot more debt than we should.

And when governments printed out cheques and sent money flying into everyone's bank accounts over the last two years they kicked off an inflation surge that is threatening the very existence of government dollars.

Mix in an energy shortage courtesy the war between Russia and the Ukraine and we're left with prices soaring for pretty much everything all around the world.

I mean have you been to the grocery store lately? $100 doesn't go very far anymore does it?

So we have a lot of debt, high energy prices and pesky inflation.

What's a central banker to do?

They only have one tool really ... interest rates. So they're raising rates in a furious attempt to control inflation.

None of these ego maniacs wants to be at the wheel if inflation wipes up the value of the Pound, the Yen, the Dollar etc.

So they are raising rates and raising them some more.

But when you raise rates the cost of your own debt goes up.

For example, the all-in yield for provincial debt in Canada just hit 4.33%, the highest in 14 years.

And the provinces are sitting on approximately $600 billion worth of debt.

When rates go up like that and you're already broke, what's a government to do?

And that tells us everything we need to know. The government solution to debt is always ... more debt ... always.

And all governments are broke.

The global devaluation of all currencies is upon us.

We have had brief periods where they raise rates and talk tough about keeping rates "higher for longer" but the bottom line is - this is a game of bluff.

With the global debt to GDP ratio as high as it is, you can't play this "high rates" game without breaking something badly.

Just ask the UK who had to step in and startup some fresh QE to save their pensions ... of which 90% were on the verge of failing two weeks ago.

Let us repeat that...

90% of UK pensions almost went belly up two weeks ago.

This is why we don't like our savings "inside the system".

Imagine working your whole life only to find your pension was wiped up ... or sold to cash as the Pound devalued.

If we can find an income property that produces revenues to pay for its expenses and is somewhat outside of the financial system ... we believe it has an important place in our lives.

And when the fundamentals in the Golden Horseshoe area show us that we have a critical shortage of homes to the tune of a 500,000 shortfall over the next ten years ... then yes, real estate is interesting to us.

When it's difficult to confiscate a property and we can control the cash flow (income) directly ourselves, we're interested.

So although it's scary out there right now in global macroeconomic land ... we like to own assets that are as outside of the system as possible and can't be "printed" into existence.

This gives us options. Many more options than having all our eggs inside the financial system.

So hello income property in good areas, hello gold, if that's your thing, and hello Bitcoin.

Our preferred "3 bucket strategy" is a mix of liquid cash dollars, sound money for savings and hard income producing assets ... that's how we're playing this game.

If you're interested to see how investors we're working with at Rock Star are navigating these times you may be interested in our next Introductory Real Estate investing class.

We'll cover the strategies we like, the ones we don't like, the mistakes we've made, the successes we've had and more.

You can learn more about the class and register right here: www.CanadianRealEstateTraining.com​

Until then, don't be scared, be happy!

Remember, nothing is as scary as a goat-sized snot landing across your hand and you don't have some tissues handy, LOL!

It's a short life, live it on your terms.