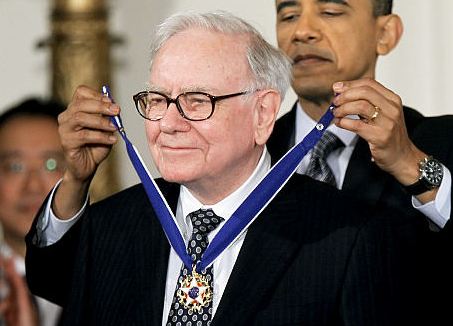 At one point Warren Buffett was considered the "smart money" in almost any investing discussions.

We're not so sure that's the case any longer.

And worse, he could be steering the average investor down the wrong path.

The Warren Buffet Shareholder Letters are sometimes viewed as the gospel of investing.

And in his latest Shareholder Letter he has these two quotes:

"The major asset in this category is gold, currently a huge favorite of investors who fear almost all other assets, especially paper money (of whose value, as noted, they are right to be fearful). Gold, however, has two significant shortcomings, being neither of much use nor procreative. True, gold has some industrial and decorative utility, but the demand for these purposes is both limited and incapable of soaking up new production. Meanwhile, if you own one ounce of gold for an eternity, you will still own one ounce at its end."

"My own preference – and you knew this was coming – is our third category: investment in productive assets, whether businesses, farms, or real estate. Ideally, these assets should have the ability in inflationary times to deliver output that will retain its purchasing-power value while requiring a minimum of new capital investment."

Two comments on this:

We agree with Mr. Buffett on his point about investing in productive assets.

People will always exchange a something of value for something else of value.

So, for us, investing in great income properties is priority numero uno.

There's no doubt in our minds that owning something that is in demand, in any economic climate, is a good business and investing decision.

So we have no arguments with him on "investment in productive assets".

Above all else, we believe this should be very high on everyone's investing list.

We can't state this strongly enough.

However, it's with his other comment that we feel he's not doing the average investor and citizen any favours.

By bashing gold the way he is .... he's assuming that everyone is in a position to create enough wealth and income by investing in businesses or real estate.

That's not always the case.

Most people invest in "stocks" and hope they go up in price.

They're not controlling the cash flow of businesses like Buffett is.

The average investor isn't creating millions or even tens of thousands in annual income via their investment.

If someone saved up their whole lives and took their $1,000,000 nest egg and invested it in "high quality" (tongue firmly in cheek) and very "safe" U.S. Treasury Bonds today they would be earning $17,000 a year before taxes.

Their savings didn't get them very much safe retirement income did it?

So by bashing gold we strongly believe Warren Buffett, with his considerable media attention and influence, is taking the shine off gold for the average investor.

Take A Look At This Chart 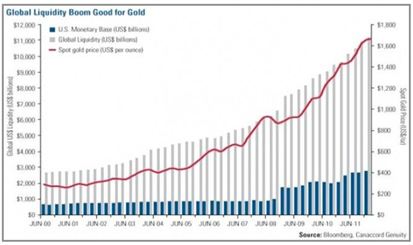 And it's going up in price aggressively.

Our opinion is this...

If Mr. Buffett simply stated that "if you're saving money, it may be a good idea to get out of currencies and into hard assets" he would be doing the average investor/saver a great justice.

He's too smart to not understand this.

Which would imply he's watching out for his own interests above the average investor's interests doesn't it?

And that's all fine - but we should all be aware of this.

Is The Smart Money Doing Exactly What Buffet Isn't?

It's also interesting, to us, that as Mr. Buffett dismisses gold quite aggressively, countries around the world are increasingly getting their hands on it. 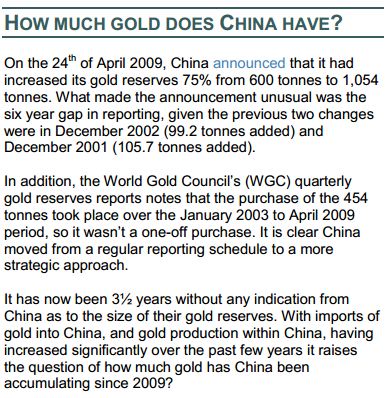 And check this out... 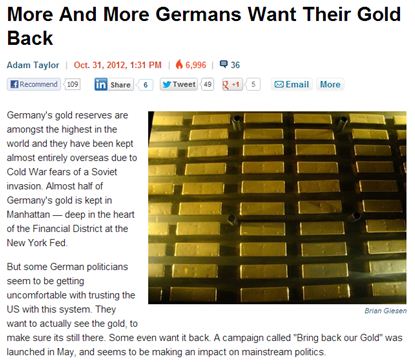 And lastly, check out what Warren Buffett's own father had to say on the subject: 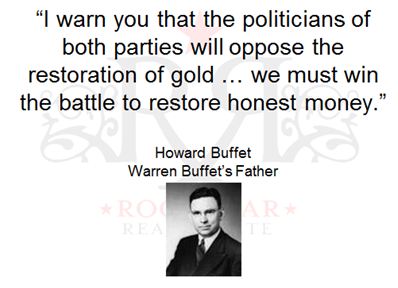 Seems like Mr. Buffett's own father had pretty strong opinions on the broader gold=money topic.

We'll let you decide if Mr. Buffett's comments may be misleading the average investor.

0 comments on “Is Warren Buffett Misleading the Average Investor?”