Interest Rates & Inflation: Up, Down & Dancing All Around! 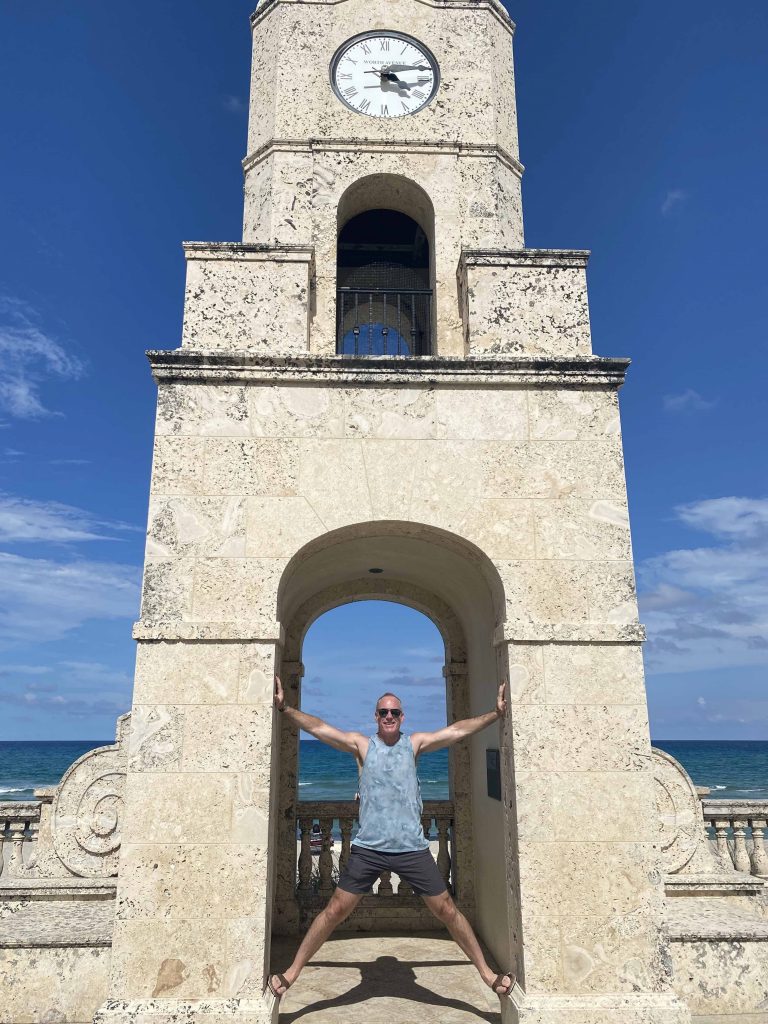 That's me while Carol risks her life on the road to take that picture, LOL!

We have never been to this area of West Palm and Palm Beach Gardens...and gotta say, it's pretty amazing.

Nick and Diana were down here in Florida a few weeks ago checking out properties and now we've decided to check out this area as well.

There have been many Rock Star members combing the area lately and we have a bunch of long-time friends who either already own or are now exploring here as well.

Nick and I have been such regulars over in Croatia that we're absolute rookies when it comes to Florida.

And learning is something that never seems to stop when involved with real estate. Keeping up to date on interest rates and economic cycles is a never-ending task.

The Bank of Canada just came out and raised their overnight lending rate by another 0.5%.

And now they're talking about getting aggressive and going above their neutral zone and going from 1.5% to 3% if necessary.

Here's the thing. A lot of the leading economic indicators are pointing out that we're headed to a recession. And the year-over-year inflation numbers are going to stop looking as high when we get to the fall season.

So we could be in a situation where they're talking a big game about raising rates but later this year they have the cover of an economic slowdown and lower year-over-year inflation numbers to change their minds.

They'll say something like, "Well, we can't raise now" or "Looks like we fixed inflation so we can stop"..."We had planned to keep raising but now our hands are tied".

Who knows, we don't have the magical crystal ball.

But we do know this...we're in a volatile economic situation.

We still think the best map for the next few years is the comparison to the 1940s that Lyn Alden and then Raoul Pal both drew our attention too. 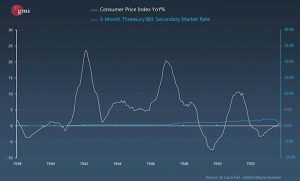 We're not sure you can make it out clearly but that decade had high spurts of inflation and then it came right down, and then it would jump up again.

The effect is that you're lulled into thinking inflation is gone when it comes down...only to be hit with another monster hit of it a year or two later.

And if you don't own hard assets it just wipes out your purchasing power and your savings.

This is what we're preparing for. So as many in the media will focus on "real estate prices tumbling as rates rise"...we're focusing on the long game.

At the end of the 1940s, the consumer price index had doubled. So if you didn't keep pace with inflation your purchasing power got cut in half.

Imagine your life's savings just cut in half because of inflation over one ten-year window.

During these times prepare for the unexpected. Prepare for volatile prices, both up and down.

And do your own research, make your own decisions, and don't rely on us or anyone else to make an accurate forecast. No one can predict the future.

Combined with the housing numbers we shared last week and the debt situation we often discuss, we still believe owning good-income properties in the Golden Horseshoe should play out well and protect us from the economic nonsense we see.

And if you look at that chart from the 1940s again, the lower flat line is interest rates. We feel we may be in a similar situation where, although rates are rising, they stay well below inflation over the decade...time will tell.

In the meantime, I'm off to an amazing West Palm Beach dinner so it's time to wrap this up, LOL!!

This week Dan Patton, from BM Select Mortgages, sat down with Anthony on our team to share what he's seeing in mortgage land and to chat about rates.