How to Handle the Critics By Julie Broad 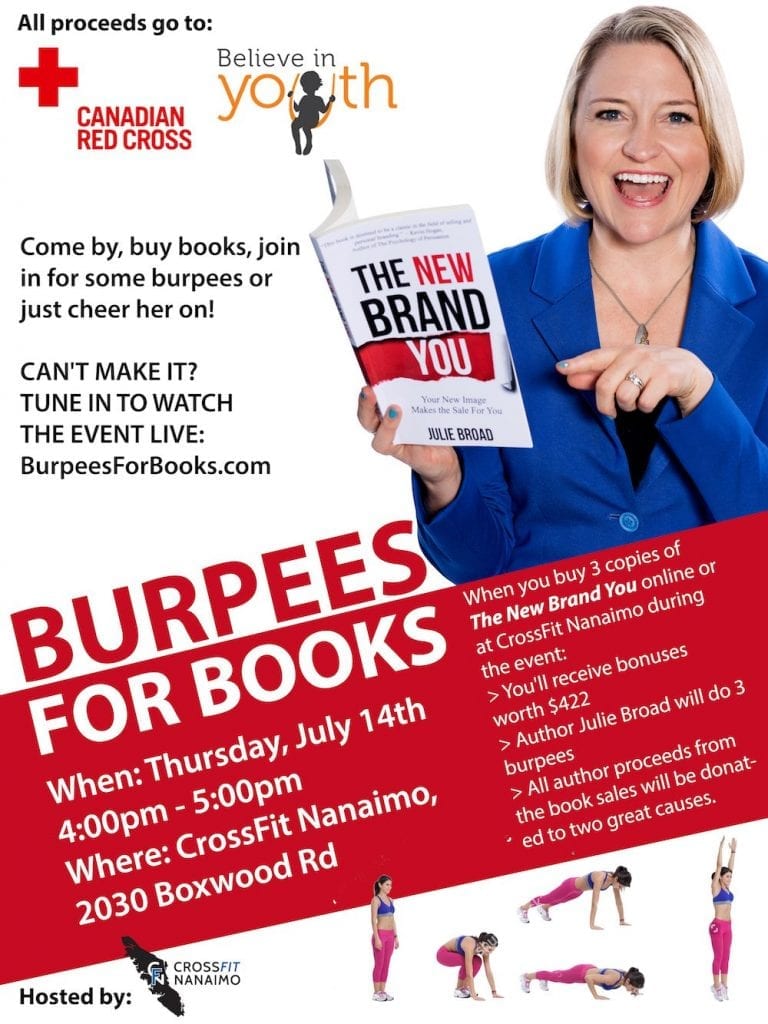 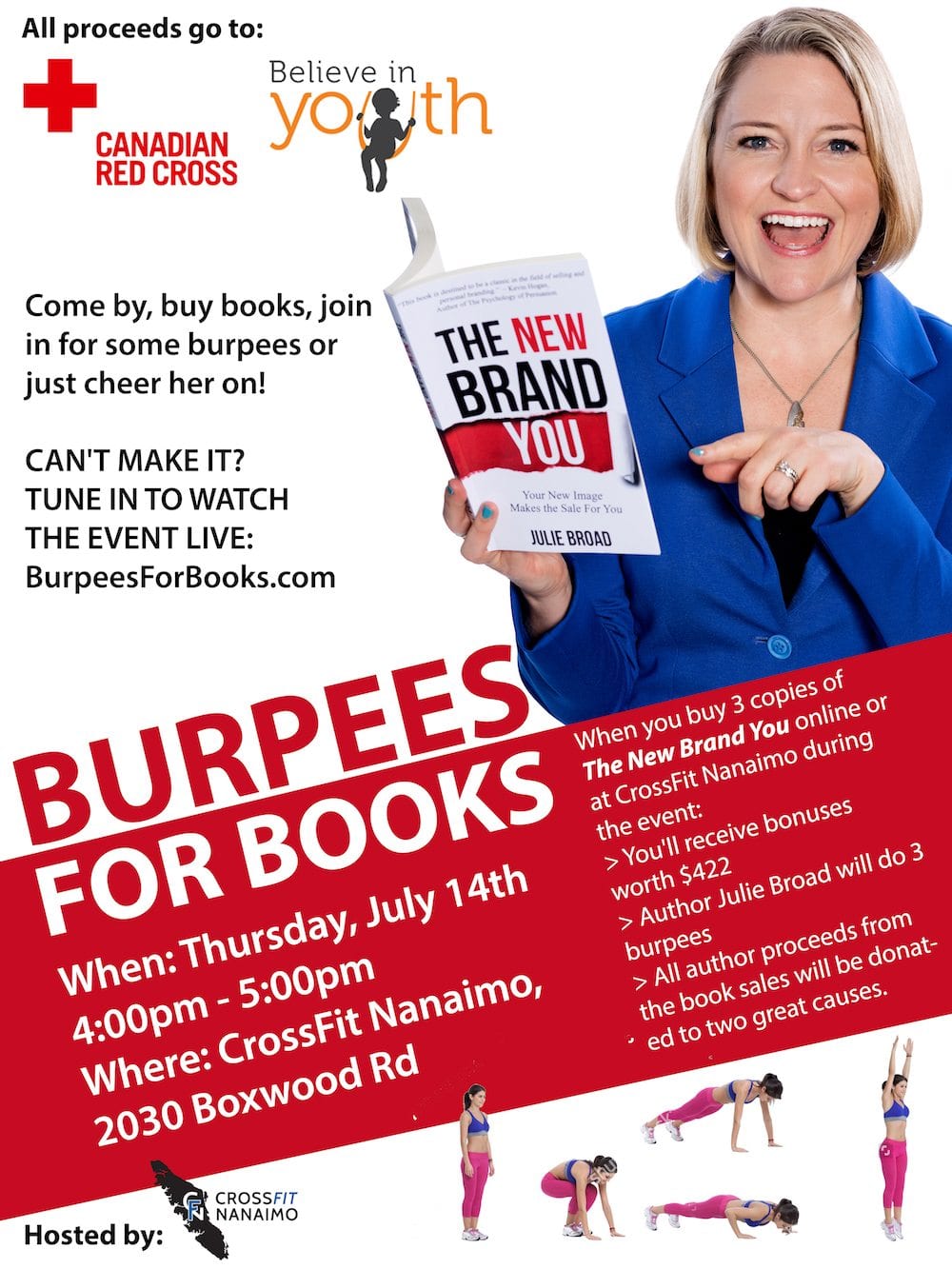 That’s what my Grandma Muriel said when we explained how our rent to own business worked. It didn’t matter what we told her, she thought what we were doing was illegal and refused to hear our explanations.

Eventually, I changed the subject and never discussed it with her again. What was the point?

Sometimes you’re in an industry or a role where people have a bad impression of what you do. Building a positive brand can feel like an uphill battle.

After more than fifteen years in real estate, I’ve met all kinds of people who have preconceived notions about what we do.

Some tenants saw us as greedy.

Some people – even family and friends - saw us as slumlords.

Home sellers thought we were trying to steal their house from them.

Banks thought we were high risk.

Real estate investors aren’t the only ones who face this challenge. Salespeople can be seen as pushy, money hungry and slimy. Cops, dentists, insurance agents, CEO’s, priests … pretty much every industry and professional will face a group of people who will think negatively on what they do.

In building your brand and selling what you do, it’s important to consider what some of the stereotypes or misconceptions are about what you do. With that awareness, you aren’t setting out to convince people they are wrong, but you can open their mind to a different reality.

The book Mistakes Were Made (But Not By Me) by Carol Tavris and Elliot Aronson, covers a lot of experiments and examples that clearly show that even irrefutable proof won’t work to change someone’s belief.

One study by a Yale Professor named Edwin Borchard reviewed 65 errors in criminal justice. 8 involved people convicted of murder where the victim actually turned up alive. Police and prosecutors refused to admit they did something wrong even though they convicted someone of murdering someone that was still alive.

The victim of the person convicted of murder was found alive and they still refused to admit a mistake had been made. One prosecutor justified his wrong decision by saying “Innocent people are never convicted.”

In his mind, maybe this person wasn’t guilty of that crime, but certainly was still guilty.

Why is this important to understand?

We self justify in order to protect our ego. It’s more powerful than a lie and far more dangerous because we’re often not conscious that we’re doing it. When we are presented with evidence that irrefutably proves we are wrong, we will still cling to the notion that what we did was not wrong.

If you’re facing anyone with firm beliefs, you need to keep this in mind.

So, what can you do?

There are three really great approaches to handling someone who has a bad impression of what you do and reduces the resistance to your message. Notice, I didn’t say ‘here’s 3 ways to convince them’ or ‘how you change their mind’. Those approaches will cause them to cling to their beliefs even more. You have to be gentle in how you handle the critics and people with preconceived notions about what you do.

Tell a Great Story to Create a New Perspective

First, get good at telling compelling stories. Telling a story is one of the best ways to create a new perspective. My book, The New Brand You outlines four different kinds of stories you want to master for your business, and provides extensive guidance to help you tell stories that people will listen to.

Developing the ability to tell a few key stories is really important. Do you know the fable about the wind and the sun?

The Wind and the Sun were hanging out arguing over who was the stronger force. They’d been watching over a farmer in a field and the Wind says to the Sun “The one who can get that farmer to take his coat off will be deemed strongest.”

The Sun nodded in agreement to the challenge as the Wind stepped forward with confidence, blowing as hard as it could. The harder the wind blew, the more the farmer zipped up the coat and held it tight to his body until the Wind had to give up.

The Sun smiles, steps forward and shines brightly on the farmer. At first the farmer unzips his jacket and wipes his brow. But within minutes the farmer quickly found it too hot and took the coat off.

Trying to convince someone with facts is like hammering them with the wind. They will resist and cling to their beliefs. When you tell a story, it changes the context and suddenly they are open to a whole new idea, and their old beliefs might fall off like the coat on the farmer.

Story is one option to gently confront someone who is wrong and open the mind to a new perspective, but there are other options to give someone a new point of view to see the situation from.

Use Questions to Create a New Perspective.

The right questions can work wonders.

Questions need to come from a place of curiosity and interest, not of judgment. Be gentle in how you ask, but a well selected question or two can change the way someone is looking at the situation.

Questions work to help you catch yourself making a mistake too. Take this one, for example:

Sometimes I will tell my husband Dave something like it's a scientific fact. Unfortunately for me, Dave's background is in market research (he has a Masters in Applied Social Psychology), and he often just looks at me with interest and says, "How do you know?"

Well Dave, I don't know. I just made it up actually. It would have been nice if you would have just let me roll with it though ... 🙂

It's comforting to believe we're right, even if what we believe has no foundation in fact at all. It's a short cut to play out a conversation in your head, rather than actually have it.

We all hold limiting beliefs.

You have them. Your client has them.

A well selected question, posed as curiosity not a challenge, just might be enough to have a person pause and reconsider their viewpoint.

Change the Frame of the Conversation

When we started raising a lot of money for our real estate deals, people with money seemed to have the power in our meetings. At first, in an effort to be polite and likable, we’d often sit back and let them control the conversation, answering their questions, and thanking them for taking the time to meet with us.

We felt we were being helpful and by answering all their questions we were showcasing our expertise. We’d give them facts and figures to prove that we’d done the research and that their money was going to be in good hands. We would handle all kinds of awkward objections like ‘it doesn’t seem fair that you don’t have any skin in the deal’ or ‘this sounds a bit risky – can I just give you half the money as a test run on this deal?’.

It was really an awful experience for both my husband Dave and myself. Many meetings felt uncomfortable. We sometimes felt like we were begging for money.

Most meetings ended with our potential investor saying “Ok well, let me think about it.”

No matter how compelling our numbers were, we struggled to convince these potential investors that we had a good opportunity.

We started to turn the meetings around by focusing on finding our ideal investor, but it wasn’t until we read the book Pitch Anything by Oren Klaff when we realized why we still struggled sometimes.

We weren’t controlling the frame of the meeting! Klaff describes frames as how you package your power, authority, strength, information and status.

We stopped being overly polite. We took ownership of our expertise and the opportunity we were bringing to the table. We quickly realized that there were a lot more people with money than there were investors like us who do all the work and only make money if our investor does. That combined with a clear picture of who we actually wanted to work with made these meetings comfortable, fun and highly productive. We soon found ourselves with far more people with money waiting for our next deal than we had deals to offer them.

We all use frames in conversations. Every time you meet with someone the frames will collide. The goal is to be the one in charge of the frame that wins in the collision. We were letting our potential investors frame take control and it wasn’t working.

Klaff says that in most business settings you’ll find that your frame collides with a power frame, time frame or an analyst frame. It’s your objective to choose a frame that will take control and be used to have the conversation.

The frame we found to be the best fit for almost all situations we encountered in raising money was what Oren Klaff calls the prize frame. We became intently focused on evaluating our potential investors, and while they would certainly have questions for us, we were the ones with the final decision if we’d work together, not the other way around.

Frames are powerful, and a frame change just might be the way for someone to see the same situation from a totally different perspective. The most interesting thing for us was that by taking control of the frame right from the start of the meeting we not only had people saying yes on the spot but we also found ourselves facing very few of those awkward objections like “is it fair” or “can I give you just part of the money now.”

The reality is that, in business, you have to take a stand. You have to be different. If everyone likes you then you’re probably being too vanilla and you’re not being honest. It might feel safe to be universally liked, but you won’t stand out or be interesting enough to get past that croc brain.

Look forward to the time when people criticize or disagree with what you’re doing or saying. It’s a sign that you’re standing out and gaining notice. When that happens, have a little toast to yourself for being true to your brand.

If you have to converse with these folks who don’t agree with your opinions or your approach, now you know that facts won’t sway them. You know facts will only make them cling tighter to what they believe. Using questions, stories and reframing, you just might open their mind to a new possibility.

Julie Broad is an Amazon #1 Best Selling Author and International Book Award winner, recipient of the Top 20 under 40 award, a successful entrepreneur, recognized real estate investor and a popular speaker and workshop trainer. Her new book, The New Brand You, is now available on Amazon and at Chapters. Grab three copies this week to receive over $400 in bonuses. Details are here: TheNewBrandYou.com