Rock Star Inner Circle > Weekly Update > How Long Can Interest Rates Go Up Before Everything Breaks?

How Long Can Interest Rates Go Up Before Everything Breaks? 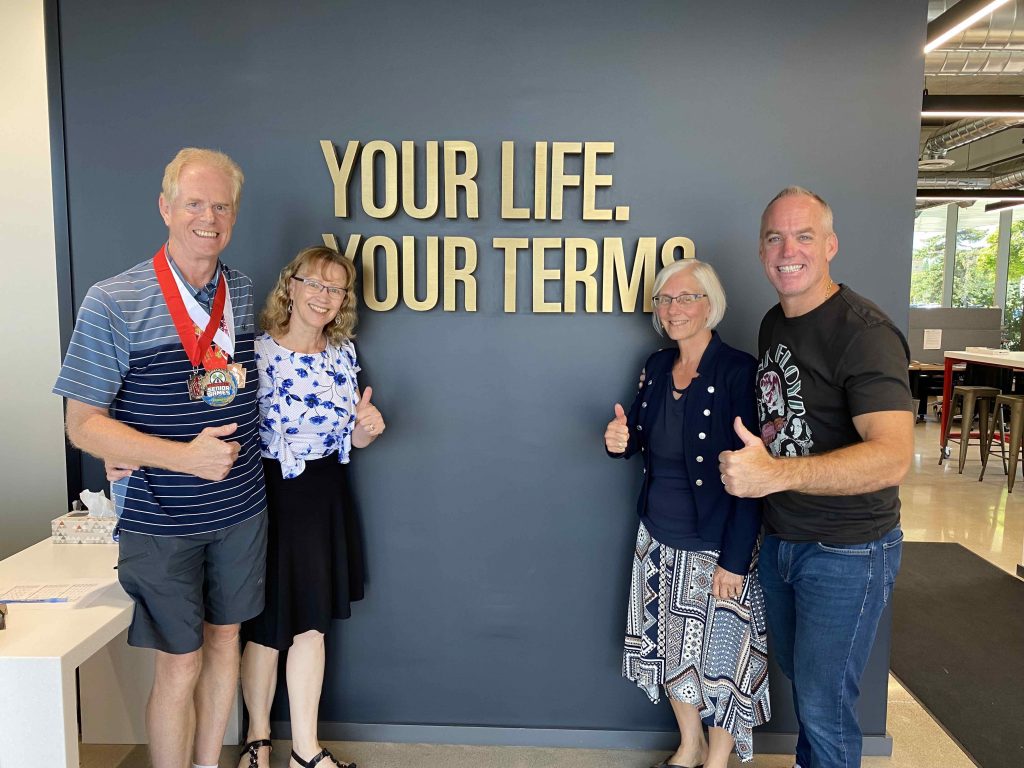 Let's get one thing clear...it’s NEVER too late to start anything.

Over the years, we’ve heard every excuse in the book about “why it’s not the right time to start X, Y or Z”.

Well, check out Steve and Margaret in that picture above (that’s myself and Rock Star Coach Leslie Kitchen on the right).

They are Rock Star members who started investing in real estate in 2019.

Margaret read the book “Rich Dad Poor Dad” and passed it over to Steve. Steve got the real estate bug and bumped into Leslie’s husband at an event.

Intros were made to Leslie and away they went.

Leslie helped them find some great income properties in the Barrie area.

We'll be releasing a new podcast with Steve and Margaret over the next week or so where they share their story in detail, so stay tuned! They’ll blow you away with their positive attitude towards real estate and life.

We have met so many people over the years who find reasons NOT to do something.

Why something “won’t” work.

We found that the easiest shortcut to living life on your own terms is to find the people who ARE doing things and hang out with them.

“You are the average of the five people you spend the most time with.” – Jim Rohn (A mentor to Tony Robbins)

If you’re not where you want to be in life, spend some time analyzing who you’re hanging around the most.

I’ll never forget when I thought Nick and I were doing great with some rental properties in our 20s only to become friends with someone working on much bigger opportunities.

Within 6 months, we were doing the same thing.

Who you hang around with matters. A lot.

OK enough with that, got off on a bit of a tangent there…on to important updates:

1. This week Canada’s GDP number came in at 3.3%. So our economy grew below the Bank of Canada’s expectations of 4% and below what many analysts were expecting (4.4%).

We’ve been watching a leading indicator, ISM (purchase managers index), for months and it’s been falling off a cliff. The amount of ordering activity by some of the biggest manufacturers has decreased sharply in the last 6 months.

And with more interest rate increases headed our way next week we can expect the economy to slow even further.

The Bank of Canada is raising rates in a slowing economy, a slowing real estate market, with high energy prices.

This seems likely to end with some real pain and a possible reversal by the central banks sooner than many think (early 2023??)

We’re going to have a lot to say about this at the next Your Life. Your Terms. Event on Saturday October 1, 2022.

2. Our Bank of Canada must be feeling some pressure, because lately they’ve turned to Twitter to explain how they don’t really print money and they’re really only shifting around something called “settlement balances”.

And some of the responses to the thread are priceless.

These bankers don’t understand that there are second order effects of their actions.

When you manipulate a market, price distortions appear and it messes with all of us.

But technology is forcing price deflation in almost everything.

The two things cannot coexist and something’s going to break.

That breaking seems to be starting right now.

3. We have a brand new podcast out today with Len and Joey from The Canadian Bitcoiners podcast.

These guys are a riot and always have lots to say.

We cover a bunch of their latest thinking on Bitcoin, the economy, debt, and some of their biggest takeaways from guests.

Also, you can listen to their podcast on something called The Fountain App (fountain.fm).

It’s an app that allows you to stream sats (Bitcoin) to content providers you are enjoying.

And perhaps even more interestingly, you can take clips of your favourite podcasts and share them with others. If people like your clips they can stream sats back to you as a thank you.

It’s fascinating what’s happening with some of these new apps built with Lightning integration.

Even if that all sounds like rocket science to you, this is a trend you’ll want to keep track of. The world of money is changing quickly and it's going to catch a lot of people off guard.

Grab the Fountain app and play around with it. You’ll find The Your Life! Your Terms! Show on there and The Canadian Bitcoiners Podcast…among many more.

That’s it for this week!