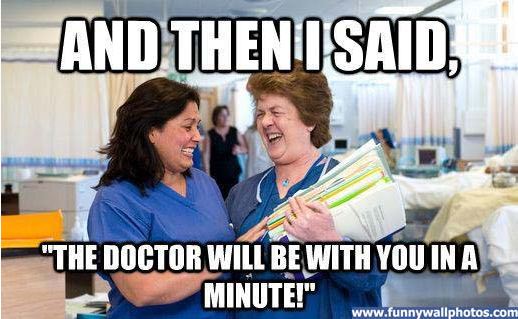 Wow, ok, this may be the biggest stretch we've ever made ...

That eating healthy foods in the right quantities can make you a better investor and increase your cash flow - but stick with us for a moment here...

In December of 2011, I had some massive lower intestinal pains.  And I mean absolutely brutal pains ... so bad that Carol, my wife, rushed me to the emergency room on two different occasions.

There was so much pain that I couldn't drive myself - it was nuts.

Both times they did a battery of tests, ultrasounds and old-school "KGB style" interrogations that revealed nothing.

And it got me scared.

I've always been pretty healthy and this was the first unexplained health issue that I had ever had.

What alarmed me the most wasn't that the doctors couldn't find out what was wrong with me ... it was the look on my kids' faces when they saw me grimacing in massive pain rushing out to the hospital (on a pain scale of 1 - 10 I was at 10).

I never wanted to see that look on their faces again.

On that second visit to Emergency, I decided I needed to make a change.

I stopped eating all sweets, all cakes, all chocolate ... no desserts, no junk food of any kind.  I increased my fibre intake and started eating whole grains, flax and all the usual stuff people turn to.

I don't think I was eating a lot of junk food to begin with, but I definitely enjoyed my Lindt Chocolate 75% Cocoa bars.

And I had never met a cupcake that I didn't like.

And fresh chocolate chip cookies held an irresistible power over me ... the kind that made me eat 2-3 of them in under sixty seconds.

And I did enjoy chocolate cake.

And I did like eating chocolate chips used for baking straight out of the bag - by the handful.

By eliminating that stuff it took about a month for those pains to total disappear, but they did.

Apparently eating more vegetables is good for you.  Who knew.

And all my sweet tooth cravings disappeared and haven't come back.

Then early in 2012, we discovered my son has an issue with digesting gluten.

I wanted to show him that it could be done ... and to support him along the way.

So if everyone else was having pie for dessert that wasn't gluten-free I'd pass on it as well.

That was the next step in my eating behaviour change.

Removing gluten is harder than I had thought.  That little protein is found in a lot of foods.

And often it's in foods but not even called out on any labels.

He has something called "leaky gut" and we're working on fixing him up.

Our changes to his diet have already helped him a lot.

He's had a running nose for years and we could never understand why ... after removing gluten from his diet his running nose dried up.

It's been amazing to watch the changes.

Then in April, Nick finally convinced me to try out Crossfit.

If you haven't heard of Crossfit before it's like a mix of Olympic Weight Lifting and U.S. Marine style work-outs all rolled into one.

You basically destroy yourself every work out.

Who knew I would get a kick out of doing pull-ups and deadlifts?

I didn't even know what deadlift 12 months ago.

If you've never heard of Crossfit before, check this out to give you an idea of what it's about...

The coolest thing about Crossfit is that it's for all ages and all body types.

The video doesn't do a good job of sharing just how many different types of people of all ages and fitness levels do it.

(We go to Element Crossfit in Mississauga, ON - they're amazing.)

Between eating better and exercising my weight dropped from 203lbs to about 193lbs by June of last year.

By late summer one of the Crossfit instructors suggested some other diet changes and I began testing them out.

I dumped grains, ramped up my vegetable consumption, removed dairy and rice milk and most cheeses from my diet and tried to eliminate processed foods of any type.

The first few weeks of these changes were horrible.  I was craving bread like never before.

I think I was dreaming of fresh, warm, French baguettes falling from the sky into my mouth every night for weeks.

And then it happened.

Each week another pound just peeled off of me.  I've now been down to 180lbs for 3-4 months and held the weight off during my Achilles rehab.

And then something else happened.

I was no longer exhausted at 9 p.m. at night.

Apparently eating meats, vegetables, little starch, some fruit and little sugar is good for you.   Who knew?  🙂

Now, I'm no dietician or nutritionist but I've learned a lot over the last year.

(And for the record, I'm not preaching that what I'm doing is right for everyone ... I'm definitely still learning as I go here.)

I've been reading books on primal eating, the effects of different proteins on your body, "the zone" and a few others.

Recently we had the opportunity to interview a Canadian health club owner who has years of experience preparing amateur bodybuilders for their competitions.

He's got some great insights into weight loss and weight control and we had a great chat.

His name is Gino A. Spada and he has a brand new book out titled, "Eat Small. Eat Often. Eat Small. Three Easy Rules to Physical Well Being & Optimal Body Weight"

Nick and I thought it would be a great idea to share that interview with you right here...

I have never understood the idea that to keep high energy levels and optimal weight balance you should be eating more often, not less.

Gino finally, and clearly, has put the confusion to rest for me.

We think you'll love the interview.

You can learn more about Gino and his book at www.TheSOSBook.com and you can contact him for questions via his Health Club at www.GandMFitness.com.

My concentration levels are much higher.

I can concentrate for longer periods of time, multiple times a day.

It's allowed me to get much more clear on my real estate investing goals.

It's allowed me to deal with cash flow issues on various properties with more ideas and clarity than ever before.

It's also allowed me to have much less stress while dealing with property problems that inevitably pop-up.

Eating better and exercising more have definitely helped me with my real estate investing and business building ... who knew.

They've almost helped me with my family life.  I have more energy in the evening to help out my kids with their homework.

And to spend more quality time after the kids go to bed with my wife.

It's been an amazing, and eye-opening, journey.

I just hope that I don't turn back into the cookie monster any time soon!!