What Central Banks Are Doing & Why It's a Disaster 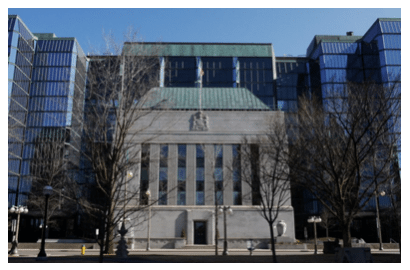 Let's get serious for a moment and discuss World Monetary Policy.

And why, as we collectively scratch our heads, should we all care?

Because what these central banks are doing is having a direct impact on us.

Most importantly, as real estate investors, it affects the interest rates we're able to secure on our mortgages.

So it's in our best interests to have an understanding of what these Central Bank characters are up to.

And it's not nearly as complicated as some people make it seem.

Here's what is going on:

1. The economy - Canada, U.S. and the entire world - has not recovered from a nasty little financial meltdown in 2008.

2. Low interest rates were brought in, globally, in an attempt to jump start the economy.

3. These low interest rates are proving to not be effective.  All Central Banks initially told us that these low rates would be temporary.  Now, a full three/four years later, it looks like they may be permanent ... but no one will admit it.

4. Central Bankers look at the economic growth problem as a problem of "demand".  They believe you and I are the problem - that we are not spending money ... and that's a problem.  They want us to spend so the economy can grow.

5. They convince governments to "borrow" at super low rates in order to "stimulate" the economy.

6. These borrowed funds go into various government "stimulus programs" all around the world that have very little, if any, lasting impact on the economy.

7.  This causes the governments to borrow even more money to "stimulate" the economy.

8. Governments then cannot afford any increase in interest rates because it would bankrupt them ... so Central Banks are hesitant to raise rates in fear of collapsing the entire financial system.

9. The low rates cause create new asset bubbles  ... leading to another financial/economic meltdown.

10. At this point more "stimulus" will be required to fix things.

Does this sound crazy or what?

The environment we live in today is definitely interesting.

For us, as long as we know that this is what is going on ... we can be alert and aware ... and take advantage of the environment.

For example, as real estate investors we're getting access to ultra-low interest rates which is great.

Our personal strategy with this is to buy PRODUCTIVE ASSETS like cash flowing property, in good areas.

We like little single family starter homes in nice communities.

We try to steer clear of any "bubble zones".

During turbulent times assets that generate income and pay for themselves are much easier to hold on to for long periods of time than assets that don't create any income or produce negative cash flow.

We don't claim to have all the answers during these crazy times.

p.s. The last time we shared something like this we got several emails claiming we were "fear mongering" ... cool eh!! 🙂