Rock Star Inner Circle > Real Estate Investing > How Much Cash Do The Banks Actually Have?

How Much Cash Do The Banks Actually Have? 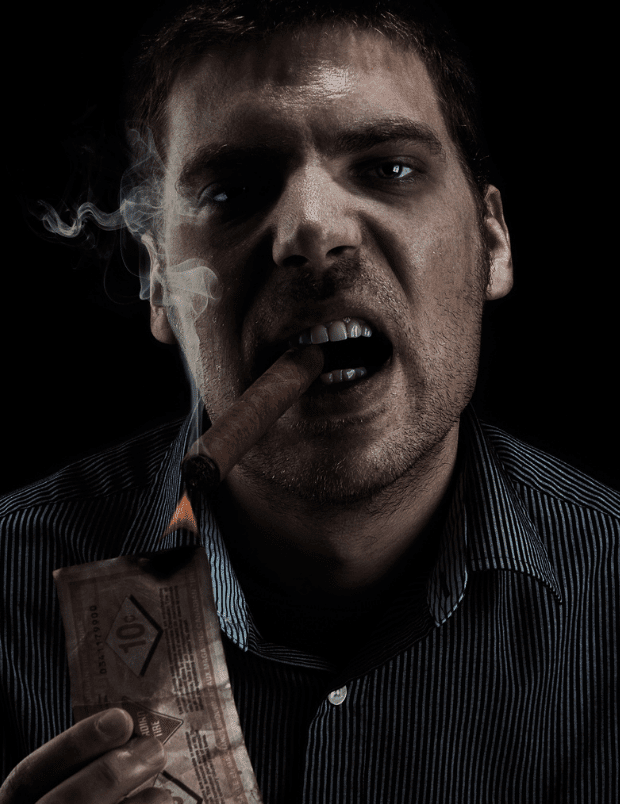 Well, it's a very serious blog post with a funny ending.

Actually, it's a very serious blog post with a funny ending that is actually sad.

We don't have much time today so I'm going to cut to the chase.

Have you ever heard of the Financial Stability Board?

Yeah, we didn't think so.

We hadn't heard much of them either until they published something rather interesting recently.

Here's a picture of the members of this troop from their Twitter page @FinStbBoard:

Canada is a member of this thing. Take a peek at the guy right in the middle of the front row.

That's Mark Carney, our past Bank of Canada governor.

Why should we even care about these guys and gals?

Because even though they are not good at getting Twitter followers, they are the people who generally set the banking rules for the world...that's why.

In fact, most of us don't even carry any cash in our pockets. Everyone just does wireless tapping of plastic cards to move money from their bank account to someone else's bank account.

So the guys who make the "money movement" rules can have a big impact on our day to day lives.

Let's dive into this a little...

All the banks around the world follow the rules set out by their national "central bank."

And all the "central banks" report into the Bank of International Settlements (BIS), the grand poobah of central banks if you will.

After the financial crisis, the BIS has been laying down some rules for banking.

Stick with us here...

These guys came up with something called "Basel III" a little while back.

Here's what it says:

"Basel III" is a comprehensive set of reform measures, developed by the Basel Committee on Banking Supervision, to strengthen the regulation, supervision, and risk management of the banking sector. These measure aim to:

These two approaches to supervision are complementary as greater resilience at the individual bank level reduces the risk of system wide shocks.

Basically, it's complicated financial speak for changes to the banking system required to avoid an epic collapse in the future.

The BIS came up with this Basel III thing and the Financial Stability Board reports on the progress of its implementation.

And they just released a report.

All by itself, it's a bit of a useless looking document.

But when you zero in on the row that reads Canada, and then scroll all the way over to the column that reads "Availability of transfer / bail-in / temporary stay powers for banks," it gets quite interesting because there's a little yellow rectangle on our row under this column heading:

And if you look at the little legend at the bottom of this table, here's what it says about the yellow rectangle (we added in the bolding):

Resolution: Element of resolution regime in the FSB Key Attributes of Effective Resolution Regimes that is partially implemented / in place. For the powers column, one or two of the bank resolution powers (transfer, bail-in and temporary stay) are available.

This is the funny part of this blog post.

It seems that Canada has partially implemented bail-ins to save its banks.

The big banks want to be "bailed-in" during a crisis.

Basically taking whatever they want on deposit and using that to save themselves.

And it would also seem that Canada isn't going to be happy with a little yellow rectangle in that column, it wants green!!

And according to the legend, green means that we're on our way to this (we've bolded the important part):

Resolution: Element of resolution regime in the FSB Key Attributes of Effective Resolution Regimes that is implemented / in place. For the powers column, all three of the bank resolution powers (transfer, bail-in and temporary stay) are available

And why is this so funny?

It's funny because the Canadian press doesn't talk about what this means to the average Canadian at all.

To us, it means that in times of crisis there are rules to lock down our accounts and bail-out the banks by bailing-them-in with our cash.

Or if they don't bail-in then they have the ability to "transfer" (whatever that means) or do a "temporary stay."

So this got us thinking.

What if we wanted a little bit of our cash out of the bank right before we felt a financial crisis was about to hit?

You know, just so some of our cash wasn't exposed to such crazy "Basel III" ideas.

Let's have a little thought experiment with this:

Let's say you wanted to take out $10,000 in cold hard cash from the bank because you just felt it was a good idea to have some cash on hand and to avoid any threat of your money being used to "bail-in" the banks.

That would be enough money to make several months of rent or mortgage payments, buy food, gas, etc.

Probably not a bad idea.

So you go to the bank and ask for this.

Well, this is where things get interesting. Have you ever tried to take out $10,000 from your own bank account?

You may as well walk in with the word "criminal" tattooed to your forehead because that's how you're going to be viewed.

And you won't be able to get the money the same day.

The banks don't have that much money on hand apparently.

They have to order it and you have to come back in a few days.

There's no exact number that is published but it seems you can get about $5,000 same day without much problem.

But if 3-4 people walked in all asking for about $5,000, that would be enough to clean out the branch (again, we're guessing here but based on experience it seems roughly accurate).

So the bank branches have about $20,000 in liquid cash ready for withdrawal it would seem.

So this got us thinking a little more.

Exactly how many bank branches of our bank (TD) exist in Oakville, Ontario?

We used their handy little branch locator tool to find out: 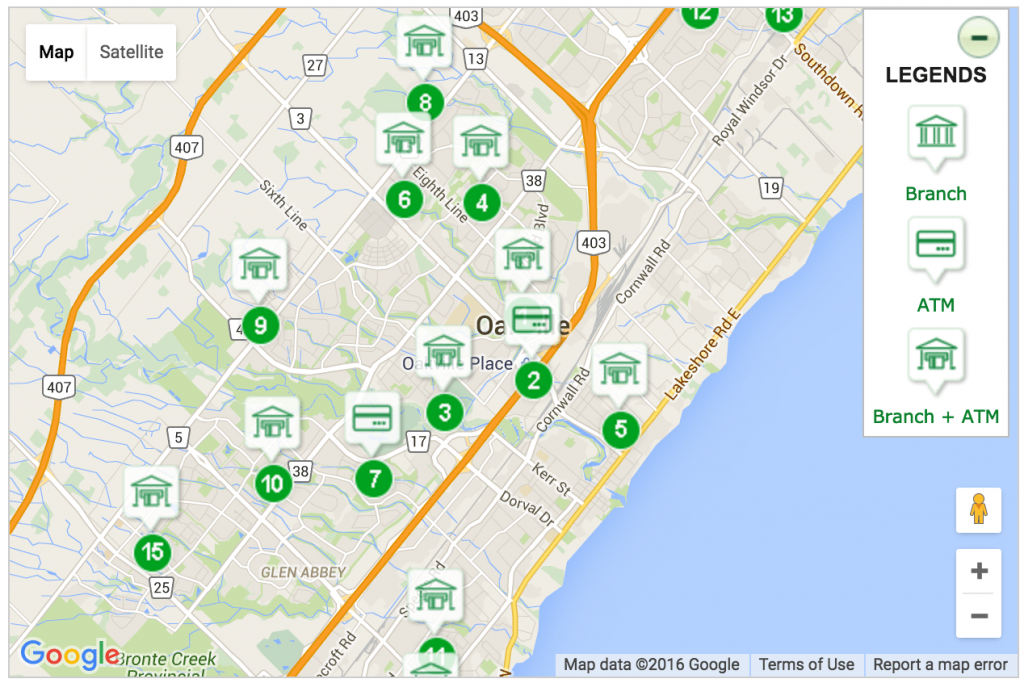 Turns out there are about 17.

17 TD bank branches (actually, we're being generous we believe because the tool didn't allow us to uncheck "ATM only" locations so there are likely a couple less than 17).

And what's the population of Oakville right now?

It's about 211,382 people as of the last census, so it's likely higher but we'll play with this number.

So how many families live in Oakville, based on that population?

Let's be conservative and say it's 60,000 families (no science here, just a pure guess using an average family size of 2.9 in Canada).

Now how many of these families could be TD customers?

Well, there are other big banks and credit unions of course, so let's divide by 10 to be super conservative.

We're going to assume that there are a total of 10 options for banking for those 60,000 Oakville families.

So that would mean there are 6,000 TD customers in Oakville.

Now let's say a tiny little financial panic happens somewhere in the world and a portion of these families decide it would be wise to take out $10,000 from their bank on Friday before the world explodes on Monday.

What percentage of these 6,000 customers would it take to crush the banks with enough demand to clean them out?

So 34 lucky customers would be able to get their $10,000 on any particular Friday.

If we do the math on that, it would mean that 0.56% of its customers in Oakville, Ontario would be able to take out that much cash.

So if even just 1% of the 6,000 bank customers wanted to take out a chunk of their money because of some strange financial situation, that would be enough to empty all the money drawers.

Even if we're wrong and they have double or triple of that money available, we're still talking about a tiny percentage here.

Call us strange but it's very sad to us.

We should just stop talking about this type of stuff, shouldn't we? We're happy people after all!

Let's just put our faith in the fancy Financial Stability Board to get things figured out for us.

I mean look at the picture above, don't they just ooze confidence and you can tell they have our best interests in mind, don't they? 😉

0 comments on “How Much Cash Do The Banks Actually Have?”