How Our Brokerage Ended Up in a Public Storage Unit 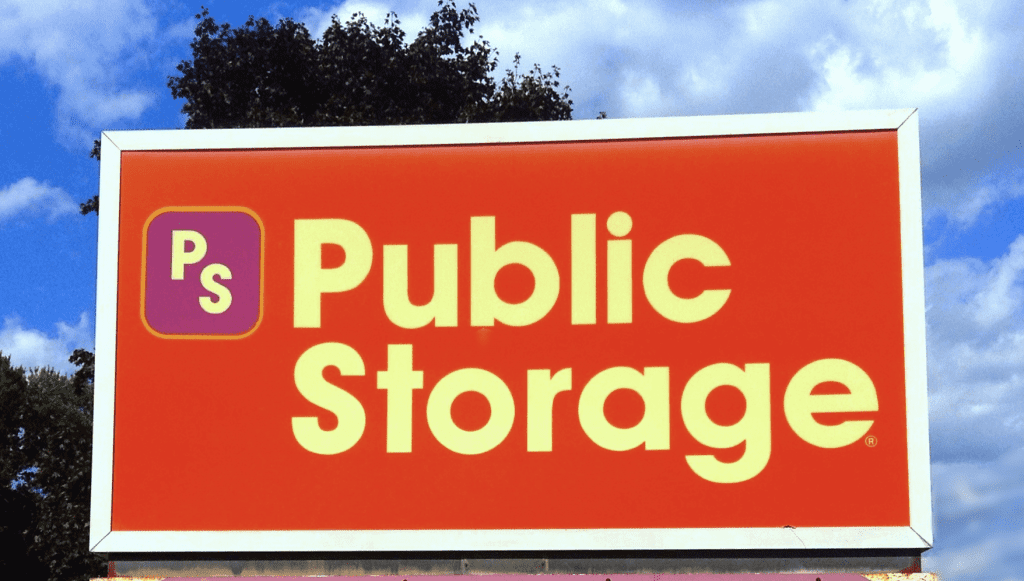 Lately I've been thinking a lot about the type of lessons I'd like to pass on to my kids.

And I've found it very difficult to boil down years of life lessons into concise "words of wisdom" for them.

But yesterday changed that a little bit.

I was listening to this Tim Ferris podcast episode and Mark Bittman spit out this gem of advice at the 40:13min mark:

"If you are afraid to fail then you’re not going to succeed.

I’ve lived my life that way."

I wanted a nice way to explain to my kids that failure is part of success.

That without failure, you can't succeed... it's literally impossible.

So never fear it.

Sometimes when people hear that Rock Star is doing pretty well, Nick and I get concerned that people look at us and think that we've got it all figured out.

That somehow we were able to quit our jobs and start a business and they couldn't because they didn't have some special skill that we had.

Nothing could be further from the truth.

With this in mind, we'd like to share a whole bunch of our failures that we've endured over the past ten years.

The idea in sharing this is that if you see what we've gone through, it may help you push through your own battles along your journey.

The Bumpy Journey to "Success"

The lady running the first real estate brokerage we joined told people behind our backs that we would fail, and soon.

Went into $80K worth of new debt within months of quitting.

Promised one our first investors that we would find a tenant for him, no problem at all. Drove to the property an hour away, in a snow storm, with ten possible tenants lined up outside ready to see it. Realized that we didn't have the keys when we arrived, apologized to everyone and then shovelled the driveway to let off steam before driving home, defeated. Called the investor in the morning to report our results.

Had a possible new tenant literally scream in my face that my rent-to-own numbers were a massive rip off. I went upstairs in the vacant property to hide, I may have cried that day. That property has increased in value, double what I said it would, for the record 😉

Nick and I accidentally ordered a massive amount of colour marketing brochures instead of black and white, costing us $6,000 instead of $800.

We shipped those colour brochures from the U.S. and had them held at customs until we hired a broker and paid more fees to have them cleared.

Ran multiple ads with bad placement in local newspapers that cost us $1,400 each resulting in zero new leads. Should have burned the money instead.

Shortly after quitting, paid our personal property taxes on my family home from the credit line on that same home because we had spent money on unnecessary colour photocopies (see above). Classy move.

Was forced by the lady who told us we would fail to sit in a "sales training" class ... the trainer told the 8 people in the room that you wear only white shirts to "close sales" and anyone wearing a blue shirt wouldn't close new business. I was wearing blue. Walked out.

Couldn't afford to have CDs printed with our names and URL on them, so Nick printed stickers off ourselves and placed them on the CDs. If he didn't place them perfectly they folded over the side and ruined the CD.  This happened too many times to count.

Didn't realize that you could use glue sticks to seal 350 envelopes, instead, we licked them all... felt sick for days.

Organized our very first "training class" for possible new clients on a day that had a massive snow storm ... less than half the people showed.

Couldn't afford a proper office in the brokerage we were working out of, so we rented a converted closet. If anyone asked to get by reception to see our offices, we physically blocked them and guided them to the 4'x6' meeting room, much nicer.

Didn't have a flashy sales presentation on a laptop to convince people to work with us, so Nick printed off some slides and put them into a duotang binder that he showed people as he met with them.

Petrified to hire an assistant that we couldn't afford, we hired one only after a mentor said he wouldn't talk to us again and not to come back unless we did. We offered her 2 days a week (even though we needed 5) and then freaked out if we didn't have something for her to do every single minute of the day.

One morning, two guys knocked at the door of the brokerage, we let them in. They raced down the hall, grabbed the leased corporate printer/scanner/photocopier and raced it into a huge truck as they literally screamed, "Your brokerage is going of out business!"  It wasn't our brokerage, it was the lady's brokerage who told us we would fail. We quickly called U-Haul, rented a cube van, threw in our 2 desks, 2 chairs, filing cabinet and printer and drove down the QEW into Burlington, signed leases for "two" executive offices that same day and set up shop. Found a discount brokerage to park our real estate licenses at while we completed our own brokerage courses.

Explained to realtors dropping off cheques to us that our new location had a sandwich shop as its reception, and that it was OK to leave those cheques with the girl who made the BLTs.

Decided to open our own brokerage and call it Rock Star Real Estate. One client told us he couldn't work with us because his wife wouldn't understand. Other brokerages literally laughed at us when we booked appointments.

The discount brokerage we were in became furious with us for leaving and one of our own team members explained to them how they could copy exactly what we were doing without us. Fired her immediately, over the phone. She said we'd be friends again and laugh about all this over a drink one day, haven't seen her since.

Didn't take a vacation for many years after quitting our jobs ... one exception, Nick got married in Cabo so we scraped up the funds to go.

Didn't take any money out of the business other than the base minimum we needed to live, all else was invested back into the business. Only 5-6 years after quitting did we have a bit of "extra" cash in the business we could access.

The executive suite location went bankrupt on us with no notice. We were technically sub-leasing and the landlord wasn't paying his rent even though we paid him ours. Security guards were hired to keep us out, we snuck in, pushed all our furniture into the hallways of the office building. Cops were called by security claiming we were thieves. We explained it was our stuff. Hired two cube vans, made emergency calls to the team and moved all our desks, chairs, printers, signage, phones, plants, etc. into the Public Storage in Oakville, Ontario at Third Line and the QEW. They had a promo, first month for $1. Best rent we ever paid.

Negotiated with the proper landlord for two members of the Rock Star team to stay behind in an empty room with our fax machine plugged into the wall in case any new real estate offers arrived.

Explained to anyone who wanted to meet us during this time that we would meet at their location ... didn't want to meet in a storage unit.

Our team had no home for months.

Frantically found new office space near Trafalgar and the QEW, our current home.

Our lease in this location is up in the summer of 2017. No idea where we'll go next, but we're sure it will be an adventure.

Made the Profit 500 list, as one of Canada's fastest growing companies, for the last two years.

Is that a roadmap to success or what?

There are so many more crazy stories to share.

This isn't even a fraction of what we've been through.

We haven't even mentioned how many of our team members came to be. Or the amazing stories they've had. And there are many.

We tried to talk many of them OUT OF joining with us, LOL.

How's that for a recruiting strategy? Thankfully they ignored us and joined anyway.

So why are we sharing all this?

We want people to know, that if you're just meeting us today and somehow believe we've got it all figured out, that you'd be wrong.

We're still stumbling and bumbling our way along.

A late mentor of ours once told us that from all the businesses he's seen over his 45 year career, it's always the turtles that win the race.

The key to accomplishing anything you want is getting started and then surviving the journey.

We tell everyone that in real estate, you never "time the market"... that's a fools game. You get into the market and you make money by surviving long periods of "time in" the market.

Business and life could benefit from the same advice.

You jump in and survive.

Success seems to come more as a result of the lack of any further tests/failures for you to experience than from anything else.

Keep going, do your thing, we all need you to express your highest value to the world.

"If you are afraid to fail then you’re not going to succeed.

I’ve lived my life that way."