Is The Bank of Canada Stealing? Your Call... 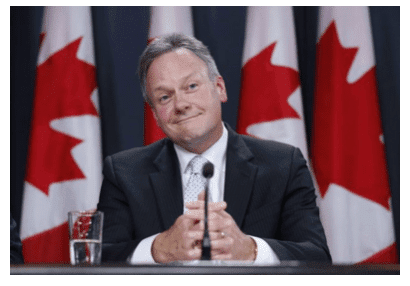 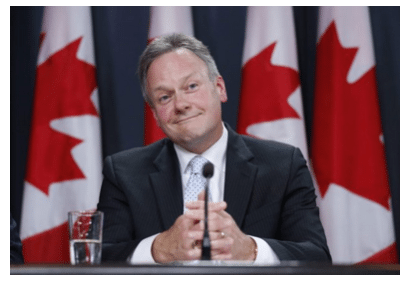 The Bank of Canada has a well documented target of 2% for its inflation rate.

If you Google this up you’ll even find a document from the Bank of Canada titled, “Why Has Canada’s Inflation Target Been Set at 2 Per Cent?”.

It’s a funny read for many reasons but one of the biggest things it does is hide its dangers in plain sight.

We vividly recall our parents saving up some money to help us with some of the future expenses we would have in our lives.

We also know how hard both our parents worked for that money so we know the effort that was put behind getting it.

They paid taxes when they made the money and then taxes will be paid when its spent.

But taxes aren't the only thing they had working against them.

We all have to deal with the consequences of the Bank of Canada doing their 2% inflation magic.

They’ve done nothing different but their wealth has been destroyed almost $2,000.

Two thousand dollars of their after tax savings and labour … gone.

Most people just write this type of thinking off by saying, "Well, your income goes up so it's no big deal if prices for things go up."

And maybe it's OK to justify it like that.

Now check this out...

If inflation is actually going a 3% a year, which no one seems to trouble over, then after twenty years the value of that $10,000 is almost cut in half!

The government gets the benefit of saying their income is much higher so their debt load doesn't look as bad.

But we lose almost 50% of the value of our cash savings in twenty years.

This silent theft is one of the reasons people feel it's so difficult to "get ahead".

For the majority of people who don't deeply understand this they are doomed to make saving, investing and money decisions that likely won't serve them very well.

It's a tragedy!  (OK, now we may be getting to dramatic but we feel this is important!)

And to be fair, it's so sneaky and happens so slowly that it's truly difficult to pay a lot of attention to when you are focused on a career, kids, family activities etc.

Inflation is one of the many reasons we like to have our own money in productive assets that pay for themselves because they tend to keep up with inflation.

So good properties in good areas with positive cash flow serve us, personally, in many ways.

This funny math is also one of the reasons that Central Banks want inflation so badly.

If the world's Central Banks can slowly churn out 2%, 3% or even 4% inflation then the debt loads that they’re currently are under begin to look smaller as the economy is inflated to a higher Gross Domestic Product.

People may not want to lend more to you.

But through the magic of inflation if you're income goes up to $12,190 automatically because of inflation then your financial situation got better and you did nothing but sit and wait.

Governments can play these games.

It's difficult for the average person to benefit as easily.

People who don’t grow their incomes by the same amount fall behind – and although they fall behind slowly at first it adds up very quickly.

In the Bank of Canada's document that we referenced earlier they come out and admit all of this, here's a quote from page 2,

"... if you deposit $100 in a savings account, it may earn you 2 per cent interest over one year; but if inflation is running at 4 per cent, your cash will be buying you less at the end of the year than it does now. The real rate of interest on your investment is a negative 2 per cent. So, in this case, you may choose to spend more now rather than save and have to fork out more money to buy later."

In this example they don't come out and say "theft"... they choose to say, "your investment is a negative 2 per cent."

Brilliant and scary all at the same time, no?

"It is well that the people of the nation do not understand our banking and monetary system, for if they did, I believe there would be a revolution before tomorrow morning."
- Henry Ford, Ford Motor Company

Understanding how the money system works opens your eyes.

It's worth our time.

Understanding this also allows us to make conclusions around things like interest rates.

With oil prices dropping and deflation setting in will central banks really raise interest rates in 2015 as we've been told?

0 comments on “Is The Bank of Canada Stealing? Your Call...”