Are Your Reasons BIG and FAT Enough? 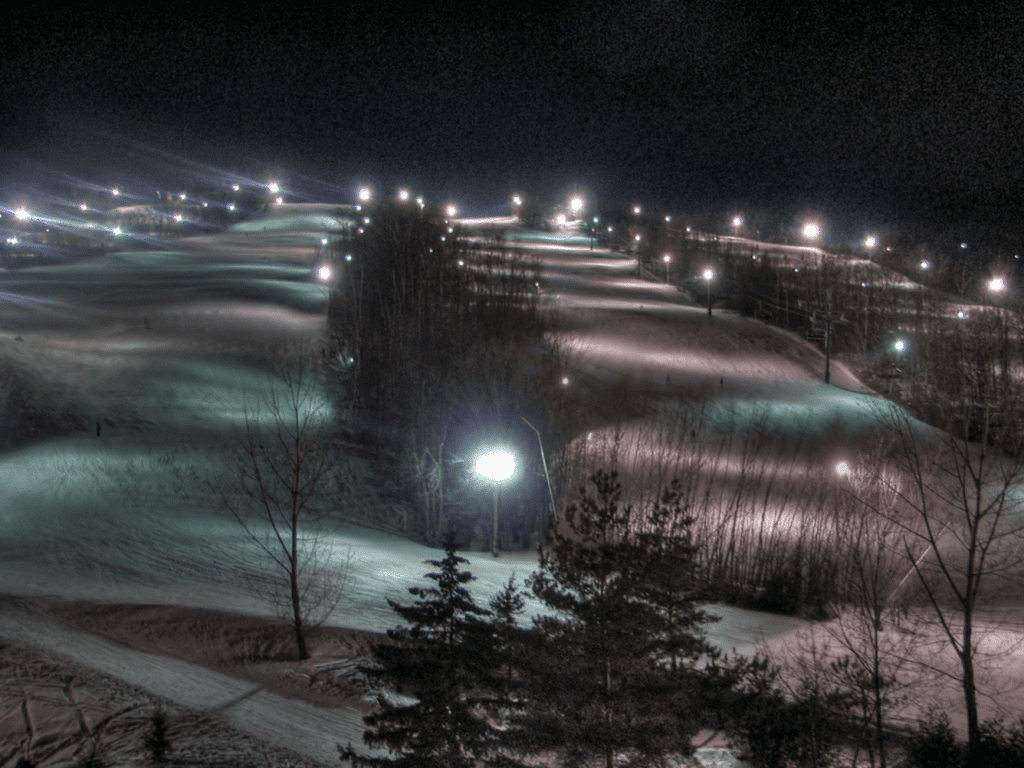 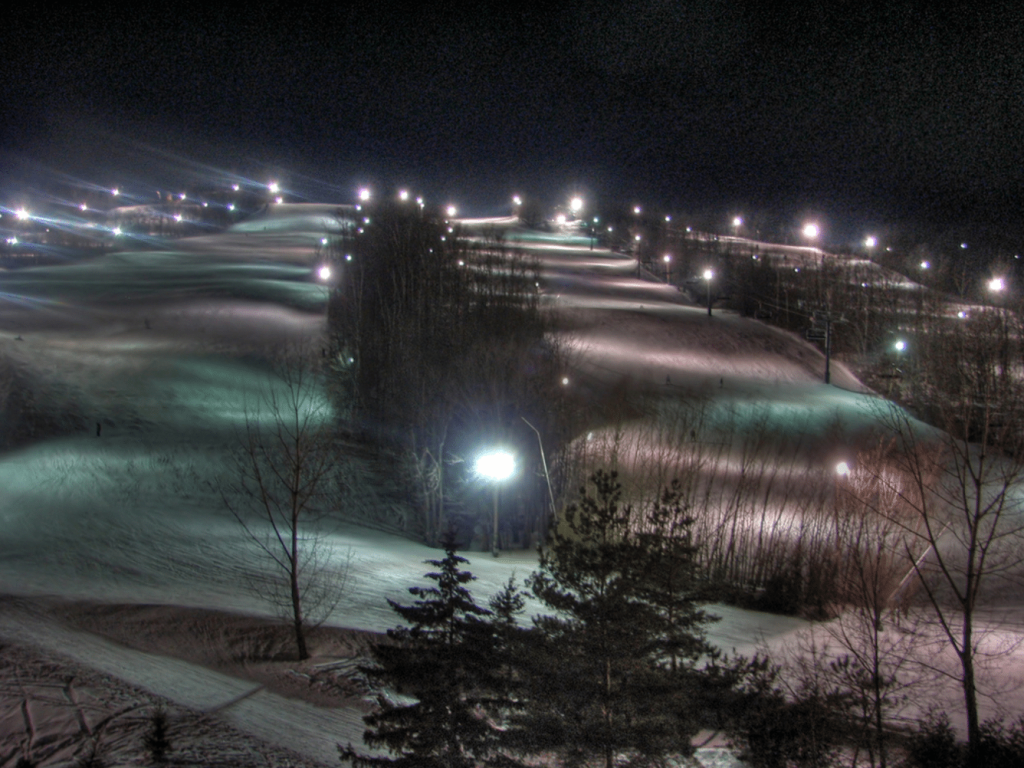 I was at Blue Mountain last week with family, nine of us in total.  The kids were in ski camp each day and it occurred to me that they were excellent at following direction during these lessons.

Part of the reason for this amazingly attentive behaviour was the pain involved in not learning how to navigate their snowboards meant nasty head-first face plants.  I know from experience how little pleasure those produce.

It got me thinking, why are most of us, myself included, really pretty crappy at following advice.

Why is it that so many of us write out our goals, get instructions on how to achieve "fat loss", "financial freedom", "start a business", "progress our careers", "follow our passions", "raise our kids" and then fail to make any significant progress in that area?

And I'm talking about people who are very successful in one area of their lives .... completely sucking in other areas.

It isn't because the advice isn't good.  It isn't for a lack of information.

A) Most of us have too little reason to accomplish our goal.  No burning fire under our butt.  No threat of an immediate snowboard induced face plant.

Most of us are pretty comfortable ... there's no need to act, only the "want to" ... and that's not enough.  After years of obsessing over and examining my own progress and watching Nick's, I can conclude that "wanting to" achieve something does not produce enough emotional fuel to accomplish anything.  If there's no BIG REASON for action we won't take any.  We'll plod along pretending we're making progress but we're usually kidding ourselves.

You need a big fat reason to make any significant change in your behaviour.  Comfort is the enemy.

B) We don't create environments that force the new behaviours.  No ski instructor tracking our progress.

For example, our biggest lead generation progress for our own business came from constant tracking of leads.  Constant measurement, constant attention, consistent new behaviours.  We changed our behaviours and that changed our results.

So how exactly do you get your "big fat reason" to take action?

For myself there are two approaches:

1. You look into the future.

Chart your current course 15 years into the future and decide if you like what you see.

Write it out ... if you continue down today's path what will your days look like in 15 years?

Before Nick and I started investing in real estate I mapped out my income growth on a piece of paper and noticed that after my late-forties it had the potential to plateau and, worse, there was some potential it could decline.  And my current "stock market plan" didn't seem like a safe bet for providing me any financial certainty.  I then decided that I'd better get some income-producing assets that I could control and that would be cash flow machines for me 15 years from now - and if they produced cash flow today ... even better.  I was 28 at the time.

That lead to the purchase of some investment property.

It also planted the seed and began my quest to start my own business.

Why leave my future in the hands of someone else I figured.

This process got me out of my comfort zone.  I was irritated with what I saw and it caused me to take action.

More recently, on my 35th birthday, a couple of years ago (update:  many years ago now!), I couldn't help thinking that 35 meant I was 15 years from 50.  And granted, 50 years old is not what it used to be ... but it was still an eye-opener for me.  To me, it meant that if I didn't start owning and creating even more streams of income right now I'd be 50 years old in a blink of an eye and trying to do it then ... so why not start right now?  At this point, I owned property and was running a business with Nick but it got me moving again ... I had slipped into a bit of a comfort zone and this got me fired up and produced some new goals and some new behaviours.

It seems to me, that the power of a deadline, doesn't mean the deadline has to be this week, this month or this year.  Mapping out my path and looking into the future has a very similar effect on me ... it creates a big fat reason for me to get moving.

So what's the second approach to taking action?

2. Getting extremely pissed off.

Here's a quick summary of some of my own moments of massive frustration:

i. My move after University.

Upon realizing my University degree wasn't a ticket to employment I freaked out and paid $13,600 to learn some Information Technology skills so I could put my Psychology Degree to use - if that sounds strange I agree with you.  Most of my friends thought I was nuts.  Eight months later I had an IT job at RBC and four university buddies plunked down the cash and followed my lead.

ii. My move from the golden hand-cuffs of Canadian banking.

At RBC they stuck me in front of a mainframe computer and asked me to change all the slashes ("/") in their mortgage programs from \ to /, so that they would all be the same for the year 2000 compliance.  I began to have nightmares that my life was reduced to finding and replacing single strokes on a keyboard and accepted a job at Oracle four months in.  RBC was upset and changed the employment agreement so that any students who left before 12 months had to reimburse them $10,000 for the provided mainframe training.  Everyone at RBC said I was nuts.

iii. My move from Technical Support to Software Sales Consultant ...

I mapped out the next five years, didn't think I would learn to develop personally or professionally any further in Support.  After 24 months I had learned a ton but it was time to move on.  My knees were shaking but I stormed into my manager's office the first day back from a trip to Cuba where I told him I wanted to go into Sales Consulting (basically, to become the techie guy that helped the sales force close deals).

After looking shocked for a second he said he'd see what he could do.  Two months later I was part of the sales force.  I got weeks of first-class sales training, my salary had an upside (quarterly sales performance-based bonuses) and I was learning a ton.  Everyone in Support said I was crazy.

iv. My move from Sales Consulting into Sales...

Sales Consultants weren't supposed to move to sales.  But again, after feeling I wasn't growing any more, I stormed into my manager's office and let him know that I wanted to move to sales.  Two months later, I was a sales rep with a quarterly quota, a territory and only myself to blame if I didn't make things work.  This was the first time the safety net of a secure job had been pulled from me since University - and although I was scared and showed it, I knew I had made the right move.  Four months later I hit my entire year's annual quota.  Everyone in Sales Consulting thought I was crazy.

v. My move from Sales to My Own Business with Nick...

Decided that I didn't like what I saw 15 years into the future.  Gave six months notice, called my brother, and started a business in real estate with a strategy that every broker told us was crazy.  That was years ago, we're still here.  The company I was at, an Oracle spin-off, was about to go IPO on the NYSE as I was leaving, so naturally, everyone thought I was completely crazy.

I realize how ridiculous this may all seem.  But upon reflection, I realize that I was very frustrated before having the guts to make each decision.  Very frustrated.

And each decision was made more from a personal growth standpoint than an income standpoint, although I was aware more income was likely, it was not the driving factor in my decision making.

Today when I see people get extremely frustrated I tell them that they may be able to harness the emotions to produce a massive positive change in their lives.  Worked for me.

Looking back over this list it seems rather ridiculous to share it all, but who knows, maybe it helps you in some way.

Today's discussion was about getting a "big fat reason" to make a change.

0 comments on “Are Your Reasons BIG and FAT Enough?”