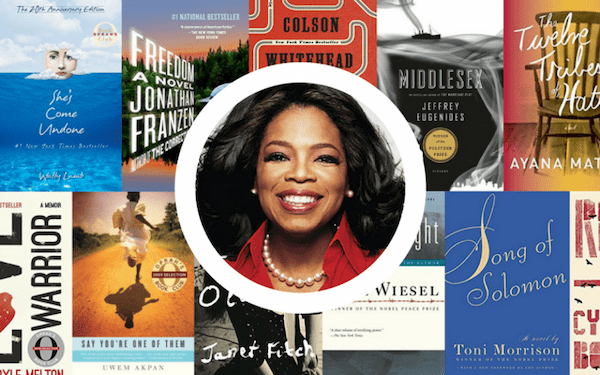 There are tenants, lawyers, agents, brokers, inspectors, appraisers, bankers, contractors, councilors, neighbours, and family to deal with.  And on top of all that you have to deal with yourself - which may be the most difficult part of it all 😉

The other day a few of us were chatting about some of the influences we've had that have helped us out the most.

From parents to mentors, to educators to friends ... the list is long.

So, call Oprah and break out your spiritual side because we're about to get warm and fuzzy over here.  We've picked out three books that have absolutely nothing to do - directly - with real estate investing that have had a lasting impact on us.

Ready?  Light some candles and let's do this...

The Trick To Money Is Having Some

Stuart Wilde writes with such a "matter of fact" and hilarious tone that you don't know whether to take him seriously but this book absolutely rocks.

At a conference we were at back in the Fall we met an extremely successful British radio host, turned massively successful entrepreneur, who is now living on a beautiful estate in San Diego while operating his businesses back in England who gives a huge amount of credit to this book.

We also now an extremely successful businessman in Ohio who raves about this book and the metal shift it made on it that allowed him to expand his thinking.

Out of the three books we're mentioning here, this one is the least "fluffy" and we can't tell you what a dramatic impact it's had on us.  We make a point to read it every few years.

This book has the potential to really insult your accepted beliefs about money but managed to give you a brand new context in which to think about the role of money in your life and how to get it.

There are more than a couple rather controversial quotes in the book, for example,

"All philosophies which that poverty is groovy, do so as a cop out.  It keeps the non-performing members happy for they can live in the ego-trip of thinking that somehow their lack of creativity and effort will be blessed at a later date.  I think they are in for a rude awakening but that is irrelevant."

Or how about this one...

"The reason why making money is such a joy is that it allows you to grow spiritually, to understand the finer subtleties of life and to come to grips with many aspects of yourself.  This does not imply that rich people are necessarily spiritual, but it does infer that poor people are probably not."

So if you're up for a little laughing and a little shock value then this book is for you.

There's a chapter in the book about raising your energy that sounds very "pie-in-the-sky" at first but it's had a huge lasting impact on us.

So overall a fun read that will likely change your thinking about money in some way.

We've mentioned this book before and really can't recommend it enough.

A New Earth: Awakening to Your Life's Purpose

OK, this is Oprah's book club selection number 61.  She even did several webinars, yes webinars, on this book.

The author, Eckhart Tolle, is very controversial and the book has 1,563 reviews on Amazon.com ... no small feat.

The book centres around taking the focus of your attention away from your own ego.  And the strange part about recommending this book is that it was generally a little hard to follow, it was a really heavy read and there's even less practical, day-to-day, advice than in the first book we listed here.

How's that for a glowing endorsement?

A very good, well-read friend, after borrowing this book from us, handed it back with these words, "Thanks, but no thanks".  LOL!

Eckhart is either one of the most enlightened people alive right now or has everyone so fooled that he's a master marketer ... not sure which yet 😉

His previous book, "The Power of Now", was a lot more mainstream but this book had a lot more influence on us.

His discussion of a "higher global state of awareness" does a great job of having you at least consider the idea that there's a positive global change in consciousness going on.

This book left us with a very certain confidence about following our own path.  And it helped us understand that we're not in competition with anyone but ourselves.  We're on our own journey and when we're focused on it everything falls into place.  That idea has taken a lot of stress away and reduced the amount of time we "worry" about things out of our control.

You're definitely not going to learn about maximizing cash flow in this book but it's a had a pretty big impact.  If you're willing to read it slowly it will reveal some of the games you play with yourself.  Enjoy, but be warned.

The Breakthrough Experience: A Revolutionary New Approach to Personal Transformation

We heard Dr. Demartini speak at a Chiropractic Conference that we snuck into.

We had heard of this guy and to very good friends from the U.S. came up to Toronto to listen to Dr. Demartini speak at the Westin Harbour Castle speak.

They were raving about him so much that they convinced us we had to hear this guy talk ... the only problem?  It was for Chiropractors only.  So we had them list us "helpers or assistants" or something like that and we kinda sorta snuck our way in before the registration staff could say no.

We've read a decent amount about quantum physics over the years but this book breaks things down in such a simple and practical way that we can't recommend it highly enough.

Now, if you just re-read what we typed there ... you'll hear the words "quantum physics" and "simple" and "practical".  We're not sure if that's even possible but somehow this book has really had a long, lasting impact on us.

We actually lost our copy of this book and just ordered another one.  So we didn't get a chance to flip through the chapters before sharing this but we remember that there's definitely a lot of very pie-in-the-sky talk.

But his perspective on things like relationships, your life's mission and your true purpose are really inspiring.  The most interesting points were in his chapters around how life balances itself out.  We've read a lot about "balance" before but had never heard it within the context of quantum physics.  Dr. Demartini does an incredible job of explaining how keeping an even temper about successes and challenges is critical to maximizing your effectiveness.

What's interesting is that this idea, about not getting too emotional excited or depressed about life ... and maintaining an even state about things, is very similar to some of the discussions in Stuart Wilde's book above.  The two authors and the two books couldn't be more different but some of the concepts are similar.

Again, there's definitely no tips in this one how to deal with the Landlord Tenant Board but we still highly recommend it.

When we heard him speak live we remember him describing a patient he was helping and everything they went through together ... and he did it with probably the most passion and clarity and certainty that we've ever heard from a live speaker.  It was impressive.

This is going to sound strange but we think the biggest impact that these three books have had on us is that we have fewer opinions about things.  Fewer opinions about what's right and wrong.  It's allowed us to take much more efficient action without time.  Difficult to put any of this into words.

If you're up for some adventurous reading and have an open mind, we highly recommend each of these.

So there you have it .... 3 Helpful Real Estate Books that have nothing to do with Real Estate!