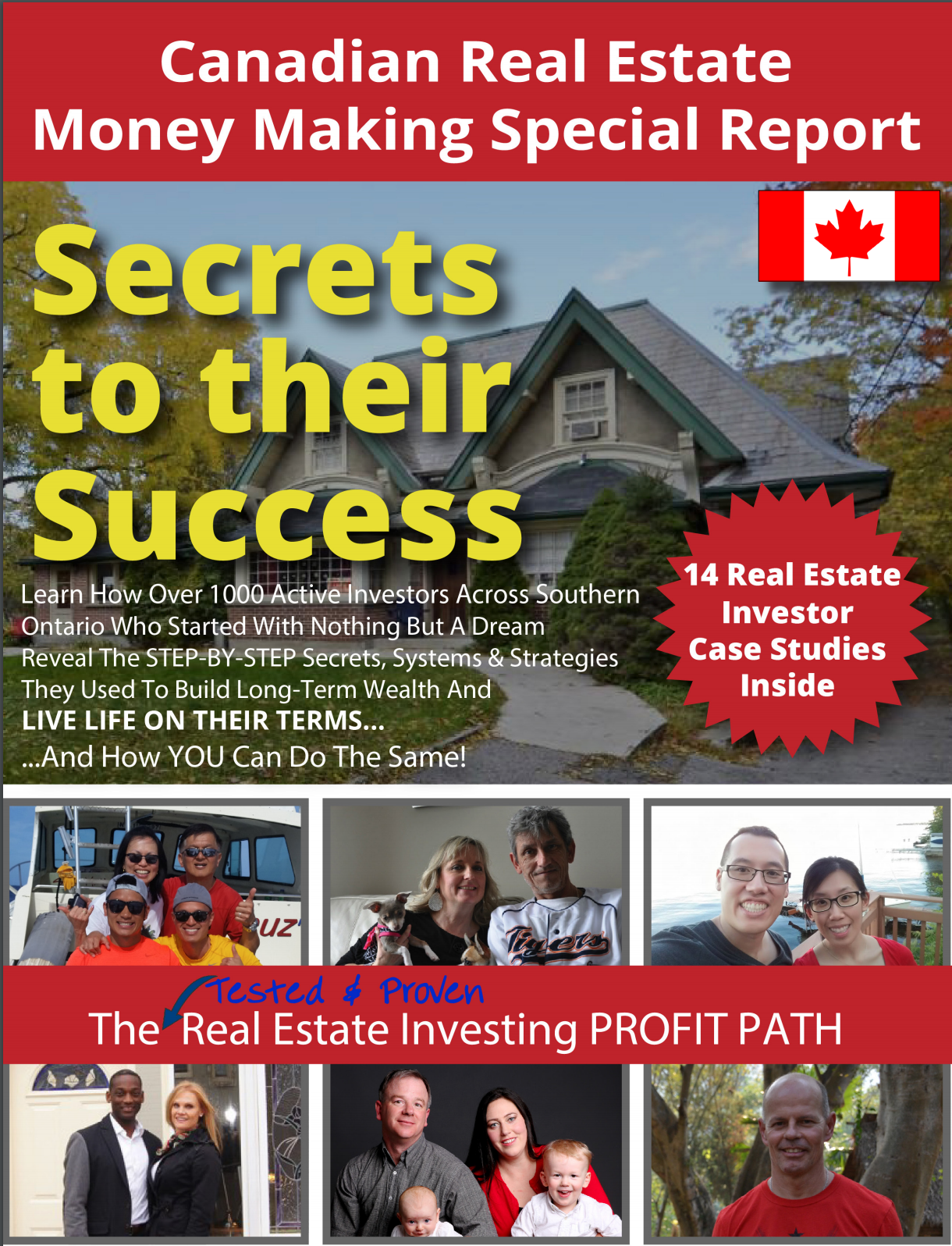 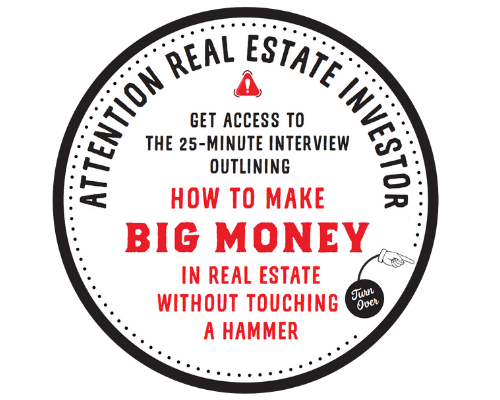 Fill in your information and we'll mail you the FREE Report + a special bonus!

This report lets you spy on active investors to learn the strategies they use to successfully invest in real estate in the GTA and Hamilton Area.

Inside, you'll have access to these investors' success stories, see some of the properties they own and how much cash flow each property generates for them.

You'll also learn the 12 Power Principles that will put you on the real estate investing profit path.

On top of that, we'll send you a link to a 25-minute audio interview that outlines how to make big money in real estate without touching a hammer - no flipping houses, no dealing with leaky toilets or renovation deadlines!

P.S. There are no shipping costs involved!

Get your free report today and learn the secrets active investors are using to live life on their terms!

What Can I Expect After Reading the Free Report?

Our goal is to give you insights into owning property that you may have never had before using actual examples and real-life case studies. We cover both the positive aspects of investing in real estate and the negative and have found that understanding both can be very helpful.

What Happens After I Request the Free Report?

After you submit your address we'll mail you a physical copy of our report and a link to listen to the audio interview. What happens after that is completely up to you. If you'd like to come out and meet us to discuss things further you're more than welcome to, or if you'd like to get a copy of the report and interview and do nothing else, well then of course, that's fine too.

What Should I Expect as Results?

Meet Some of the real estate investors in this report 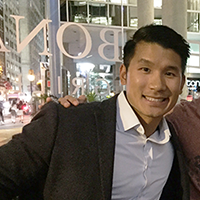 "Although I was satisfied with my job, my long term plan was always to run my own business. I eventually came up with an ambitious plan to become both a real estate investor and developer."
- Charles Wah, Hamilton, ON 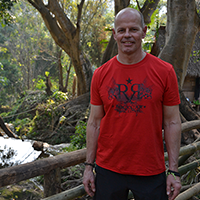 "My primary intention of providing every tenant with the opportunity to create a wonderful 'home' experience has changed everything about how I approach real estate."
- Steve Dengate, Oakville, ON 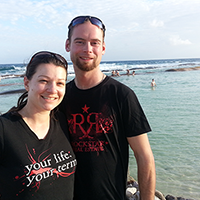 "Real Estate, for me, is not a get-rich-quick scheme. It is a slow, long-term approach to build wealth. After seeing the power of just one rental, I was hooked."
- Mike & Evelyn LaMarsh, Hamilton, ON

What People are saying about us

“My wife and I decided to put one foot forward and see what Rock Star was all about. The thought of buying a property as an income investment was a little frightening at first. We had lots of the “how-what-where-and-why” questions. I’m sure everyone has them at first, but it didn’t take long to get the answers we needed to feel comfortable and get looking for that first house. Mike is a great coach and a good guy, which really helped a lot moving forward. Thanks Mike! The day before the Your Life. Your Terms. Event we wrote a deposit cheque for our first rent to own property, “yeehaa!!!” And the event on Saturday was a great time we loved the speakers and the great people we met at our table. Can’t wait for the next one!”
- Chris & Rhonda Martin, Grimsby, ON

"The last Rock Star event was not only fast-paced, fact-packed, and energizing, but all presentations were easy to understand and contained ideas that were (or will be) directly implementable. Kudos to the Rock Star team!”
- Herman van Barneveld, Hamilton, ON

When should i get started?

I figured we would start with an easy one 🙂 The answer is “Right Now”.

There is no better time to start.

With each passing day you are missing out on potential profits to be made. There is a ton of opportunity in many different Canadian markets and all over the U.S. (Yes, even with what you hear on CNN).

The key to remember is to gather the facts on the market and type of investment you are looking to get into. But with the most common approach of ‘Buy and Hold’ there is no reason to wait – you have to get yourself into the game.

There is money being made every single day in real estate, you have to decide if you want to be part of that or continue talk yourself out of it.

It may be best to use a real life example for this one.

One of the investments I own is a student rental by McMaster University in Hamilton, ON.

I purchased this home as a power-of-sale a few years ago with a friend. And although he was extremely hesitant at the time, I knew a cash cow when I saw one.

We did do some major renovations to this house. I forget the exact number but I know we spent more than we wanted to!

After all was said and done, we were able to refinance the property and get ALL the money we spent on renovations plus our downpayment back.

We now owned the house and every penny that we had taken out of our pocket to buy and fix it was now back in our hands!! That’s big, but wait, it gets better.

On top of the money that we had invested into the property, we were also able to take a few thousand dollars each as profit.

Not big money, but in the matter of a few months it is definitely worth noting. Plus, the home was still worth more than the mortgage on it.

So we still had extra profit (as equity) sitting in the home because we STILL OWNED IT.

Now it was time to rent it out as the school year was approaching. We did that and even after the refinance we were making about $700 a month in positive cash flow.

So just to bring this all together, I now owned a property that I no longer had money invested in, it was worth tens of thousands of dollars more than the mortgage on it, and it was making $700 a month in positive cash flow.

So from this the answer to real estate investing FAQ number 2 is a resounding “YES, yes, and yes!”

What Is The Best Type of Real Estate To Invest In?

This is a tough one because there are so many good investments available.

But it is a common question and deserves a spot on the real estate investing FAQ list.

Ultimately, it comes down to your long term goals and risk level.

There is always risk involved in investing. You have probably heard the old saying “No Risk, No Reward”. Well I got news for you, it’s true.

The key is to collect enough information so that you can minimize your risk. If you'd like to learn more, we recommend you come out to one of our FREE Real Estate Investing Classes. You can learn more about the class here.

Spy on what active real estate investors are doing.
Get your FREE Report now!

Disclaimer:
‍
1. Although many of our clients have purchased a rental property and are enjoying great success with it, there are no guarantees with real estate, anything can happen, and we cannot guarantee that you will have the same experiences.

2. Also, please note that each person's investing success depends on their own efforts, market conditions at the time and economic environments that can change at any time.

3. You should know that every effort has been made to accurately represent the investing models we share.

4. We want to be extremely transparent with you. We are not lawyers or accountants. Any legal or financial advice is our opinion based on our own experiences. Always seek the advice of a licensed professional before acting on any real estate related decisions you may make.

This document outlines the types of personal information we receive and collect when you use Karadza Publishing Inc. (the owner of realcanadianinvestments.com), as well as some of the steps we take to safeguard information. We hope this will help you make an informed decision about sharing personal information with us.

Karadza Publishing Inc. strives to maintain the highest standards of decency, fairness and integrity in all our operations. Likewise, we are dedicated to protecting our customers', consumers' and online visitors' privacy on our website.