How to Find a Mentor Who Has “The Force” 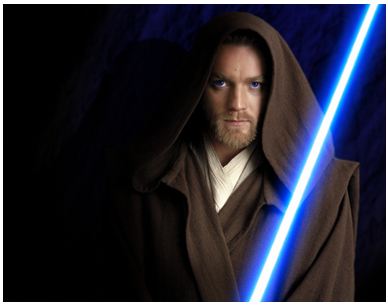 OK, maybe you’ll never find a mentor who has “the force.”

But we can all dream, right?

I mean, it would be cool.

Anyway, this post is a follow-up to this post about the value of getting a good mentor in your life.

Kevin commented on the post with a really good question …

Basically, he asked, how do you get a really good mentor when the very successful type people you’d like to mentor you are super busy.

That got the wheels turning … sometimes we’re guilty of just assuming people will be pests like us and plow along until they get what they want.

And then I realized we weren’t always this way.

We were timid, scared and shy … trying to find a mentor fifteen years ago would have been a daunting task.

And to be fair, it’s still not the easiest thing to do.

But it’s 100% possible with a little effort.

And it’s worth the effort all right…

We don’t mean stalk them in a criminal way.

We mean in a legal way.

You want to make yourself noticed by them.

Our favourite approach for this strategy is to write a letter explaining what we’re looking for and mail it to them …. old-school style.

And we don’t just “mail” it … we actually FedEx it.

FedEx envelopes always cut through the clutter of a busy office and make their way to the person it was intended for.

Or at the very least, their direct personal assistant – who will then likely pass it on just because it arrived via FedEx.

In the letter, we politely explain what we’re doing and ask for 20 – 30 min of their time to ask them some questions. We also explain that we won’t waste the time, that we’re organized, have specific questions and will honour the time commitment to the minute.

We’d send something like that to five people who we wanted to become our mentors.

If the meeting went well we’d ask if we could repeat the process in four weeks.

We’ve had some people say no – which is fine – because the first 20 – 30 min meeting was hugely valuable and energizing.

And we’ve had some that said yes.

In 20 – 30 min someone with experience can you give you TONS of direction if you’re organized.

And there’s a misconception out there that you can never get through to people this way … WRONG.

About ten years ago I used this strategy to get time on the phone with one of the biggest personal development gurus in the world … who charged thousands for his consulting.

And if the five target mentors don’t respond – what would we do?

Send a follow-up letter to all five.

And if they didn’t respond to that?

And those follow-up letters would be in different formats.  One could be in a super oversized envelope the size of half of your kitchen table.

Another could be sent as a “message in a bottle” like this (click here) … who wouldn’t open that if it landed on their desk?

We once sent a letter in a little trash can to someone – it was stuffed inside – and it said something like “We threw this letter out before you had a chance…”.

LOL, can’t recall what came from it.

But we’re sure it got read!

One time, we had Nick’s wife mail the editor of one of the largest magazines in Canada (who didn’t take any cold appointments) a huge PINK envelope with her letter inside asking to meet at a Starbucks and included a Starbucks gift card with the letter for the editor to use even if she didn’t agree to meet.

She got a call from the editor’s personal assistant later that same week to setup a meeting in house.

We think there’s a huge misconception out there that busy successful people won’t make time to help others.

We can’t tell you how many HUGELY successful people have all told us they enjoy mentoring and helping others (who are organized and committed – and demonstrate that in some way).

Lastly, if those first five people we’re targeting ignore everything we throw at them … we choose another five.  (btw, sometimes a good mentor is travelling,  has a business deal going on, or is in the middle of family stuff and the timing isn’t good …. so it’s OK to circle back with people after a few months).

Finding a mentor is critical to us.

It’s a true shortcut to success.

Last week Nick and I were brainstorming who we could interview that would be really cool.

We figured getting a Canadian billionaire on the phone to discuss his investing strategies would be kinda interesting … no?

We had a commitment from him in 24 hrs … here’s what we did.

Asked to speak with him …. said we wanted to interview him (you can interview someone just for yourself by the way – you don’t need a big audience).

Was provided with his personal assistant’s phone number.

Explained what we were looking for.

The next day we got an email confirming a date and time.

We locked in 15 min. with him two Monday’s from now.

Our first interview with a billionaire. Bam!

If you did this once a month you could potentially have a different mentor every month sharing their experiences with you.

Some people may say … “Well hold on top guns, you guys have an audience and these people want to get their message out so that’s why they agreed to talk to you.”

True (to some extent).

That’s why if you get stuffed and shut down with the phone call approach you go back to our favourite method of sending letters.

Because sending a letter shows thought and commitment, and is taken more seriously.

Remember, the timid will always think of reasons why something can’t work … those that get things done just go and do things.

One of my best mentors in Sales was a Sales Manager … I just walked into his office and asked if it would be OK if I met with him once a month to ask some questions about his success. He agreed. Bam. Those chats really helped me during my first year in sales.

If I was an investor looking for help with investing I would find real estate meetups in my area and hang out with them.

They’re not all that good – you may need to spend some time to find one that really has action takers.

But once you do you’re golden … because there’s often a couple of people in there that can act as mentors (if you ask them) or can share their mentors with you.

We found our best business mentor this way.

We paid to go to a conference in Chicago and spoke to a bunch of smart people who all told us they were getting great information from this one guy.

We then approached him for information … he actually charges to hang out with him – and because we believe in the power of shortcuts we gladly paid (after we were confident he was the real deal).

There are great groups all over the place.

A while back we spoke at the Hamilton & District Apartment Association … it’s filled with people who have owned buildings for years. They bring in guest speakers and are an overall great bunch.

Look around in your area for these things.

When all else fails and you can’t find anyone to be your mentor go to the library and pick up some books on your subjects (yeah, the library).

Or browse Amazon.ca until you find an author who speaks to you and buy their book.

Then follow-up with them (with a letter) and ask for some time on the phone with them. Some may not respond but some will.

How do we know?

Just don’t take the lazy approach and fire off one email to a generic email inbox and expect anything.

Put some effort and thought into your request.

If you keep your eyes peeled you’ll find “paid-for” mastermind groups in all different niches: insurance, auto-industry, dental, chiro, real estate, marketing, martial arts, legal, franchising … and on and on.

Just the other day I was chatting with an insurance agent friend who didn’t know about an insurance mastermind group attracting agents from all over North America that is based right here in Ontario.

One of the top dental gurus in North America is based out of Toronto as well.

Apparently, Yelp and Meetup are good ways to find different meetings going on in the city but we’ve never used it ourselves.

Look, there are another five ways to find a mentor (at least) – this is up to you.  Do you have the courage and conviction to get out of your comfort zone and ask?

Remember, the lazy way of sending an email or making one feeble attempt with one person isn’t the way to go.

You want to show you’re organized, not-a-freak, committed and genuinely want to learn.

You want to cut through the normal clutter and make yourself noticed to the person you’re after.

At the very least – if you pick five people you’d like to chat with – you’ll get a phone call with one of them sooner than later.

And that may be the start of a beautiful relationship.

Hope this helps a tad!