How to Find the Best Rental Markets in Ontario | Rock Star 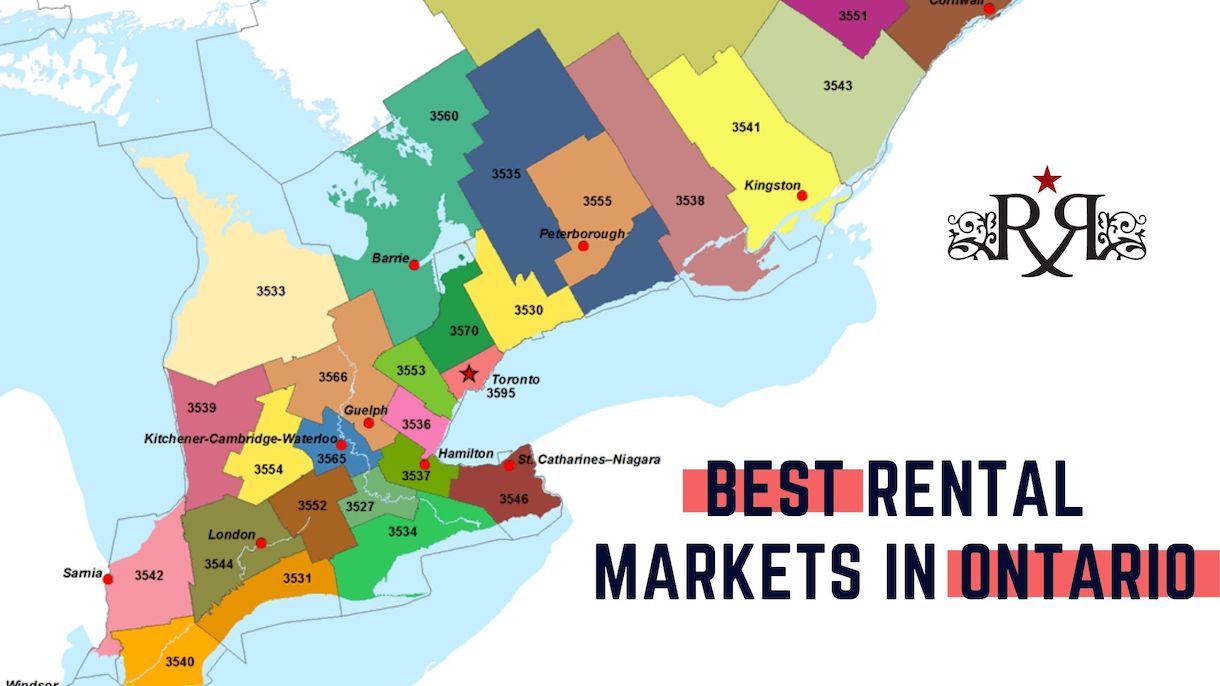 But there are good places for rentals, and then there are fantastic places to own a rental property. Let’s take a look at how to determine the best rental markets in Ontario.

Let’s start off by addressing the main reason why the best rental markets in Ontario are so hot right now, which is demand vs supply.

Find the Best Rental Markets in Ontario that Have Population Growth

With the average household size of 2.6 in Ontario, this translates to demand for 442,470 new households.

But here’s the problem.

According to CMHC and StatsCan, there’s been a yearly average of 36,663 housing starts in the GTA the last ten years.

Let’s do some quick math.

We already know that the population growth created a demand for 442,470 homes.

That means there’s a shortage of 75,840 housing units from the increased demand over the last ten years.

Keep in mind these are averages, so the number is not exact, but it’s clear new demand has outstripped new supply.

By 2046, the GTA should grow to reach 10.2 million by natural increases and immigration with demand for all types of housing remaining high.

And if the GTA is struggling to cater to its current demand, imagine what will happen when demand increases with the federal government’s plans to ramp up immigration.

But how many houses does the GTA actually need to add?

Yes, some people live alone, but there are also families moving to the area, who will all live in one house.

According to Stats Canada, Ontario averages 2.6 people per household, slightly higher than the national average of 2.4.

So, if we divide the population growth by the average household size, the GTA needs roughly 1.3 million houses by 2046, or about 46,700 households a year.

But we already said that the GTA is only averaging 36,663 new house starts a year.

So, the GTA is falling TEN THOUSAND houses short each year.

With roughly 10,000 more families coming to the region each year than houses being built, it’s no wonder that prices are going up the way they have in recent years. Demand is far outpacing supply. And the government doesn’t plan to slow down the population growth, which means supply needs to be prioritized if affordable housing is ever going to be a reality again in Southern Ontario.

And the high demand and low supply don’t only impact house prices. It also directly affects the rental markets. With more people moving to Ontario than new houses are being built, rentals are filling quickly. And as house prices go up, more people are renting long term too, increasing the demand for rental units in cities and towns across Southern Ontario.

Immigration as a whole is high in Canada, but the rental market is also being directly impacted by a growing number of international students coming to Canada.

The easier process for international students to become a Canadian citizen will likely motivate many more students to come to Canada for their studies.

This is a whole population that is not traditionally looked at when considering new immigration, however, it is important to consider as it can be assumed many of these students will require a place to live while working towards their degree.

International students and their families are driving demand for real estate. Some have started purchasing homes for investment. Many others will rent while in school before making the leap into homeownership.

Student rentals are already a hot market around many universities and colleges, but with the growing number of international students, there is even more potential in these markets.

A growing population isn’t a guaranteed indicator of a hot rental market, but when population growth outpaces new housing developments in an already low-vacancy market, things heat up quickly. And that’s a great indicator for the best rental markets in Ontario.

You want demand for your property.

As a tenant, having a ton of rentals to choose from is great. Less so for the renter trying to secure a tenant. If you’re trying to rent out one of dozens of similar homes in your neighbourhood, it can be hard to stand out. That’s why you need to find the best rental markets in Ontario, that have low vacancy rates.

Many cities in Southern Ontario have very low vacancy rates.

Here are the vacancy rates in cities across Southern Ontario in October 2019 published by CMHC:

That’s compared to the average vacancy rate of 7% in the United States.

CMHC is a great source for finding a community’s vacancy rates, and if there is a reason for the high or low rate.

For example, Hamilton had a higher vacancy rate in 2019. That’s because of new condominium and on-campus student residence development, and an above-average number of renters becoming first-time home buyers. That doesn’t mean Hamilton isn’t a great place to own a rental. Hamilton’s demand for rentals didn’t drop. The supply simply grew that year. It’s important to understand why there’s a sudden change in vacancy rates, and how they relate to long term trends.

One of the big trends happening in Southern Ontario is the growth and opportunity in spillover communities. Neighbouring towns to the big cities that have been hot for years are now seeing a lot of action. As cities continue to become more expensive and vacancy rates stay low, people move further out.

If you’re looking for the best rental markets in Ontario, remember, you don’t always have to be the best. Often, it’s more important to focus on doing.

Investing in good rental markets that do what you need then to do is far better than waiting to figure out what’s the absolute best market this year. As long as you’re looking for the basic principles that distinguish a community as a good place to invest, then you don’t have to overthink it.

The best rental markets in Ontario aren’t necessarily the new hot trendy spots to invest. They have long-term appeal. And that’s something Southern Ontario continues to see. The demand for rental units isn’t going to go away any time soon.

Want to learn how to find rental properties in emerging neighbourhoods? Click here to find the 3 key indicators to look for before buying.