Getting More Done Faster & With More Peace of Mind... 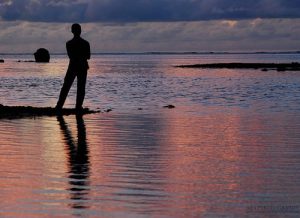 Note:  This post first appeared in a past issue of the monthly 12-page Rock Star Inner Circle Member Newsletter

When you start down any path that doesn’t conform with your family’s, friend’s or even neighbor’s opinions of what you should be doing you’ll end up in a situation where people are going to criticize you … either to your face or behind your back.

Dan Kennedy was the first to ingrain this concept of “immunity to criticism” into our brains and it’s been one of the most valuable things we’ve ever studied and implemented.

Having this secret power has allowed us to get much more done ... faster and with more peace of mind.

When we went about quitting our jobs to take on this real estate investing gig full time we had no idea the amount of criticism that would follow.

When I officially gave notice that I was leaving my six-figure income in what was considered a “juicy” sales management role in a pre-IPO company many colleagues explained that I was making a monumental mistake.

They said that no one leaves the “golden handcuffs” of pre-IPO stock options and that no one quits their job when they have a four year old son and a 10-month old daughter at home.

And definitely no one does it when their wife isn’t working either.

And when several of them discovered that I was going home at night and spending hours working on marketing our business with Nick and mailing out marketing packages from my basement until the wee hours of the morning they literally laughed and shook their heads.

Had they also known that on my lunch hour I was driving around the GTA “scouting” for good rental properties while I ate lunch in my car they may have had a heart attack.

When Nick was working out of a closet in the Keller Williams Real Estate office in Oakville many Realtors gladly shared with him that he was focusing on all the wrong activities.

He wasn’t making his daily cold calls, he wasn’t following the “100 day to success program” that everyone else was, he wasn’t knocking on doors in the community and he was focusing working with investors which they explained, “were impossible to deal with”.

He was doomed for failure and they let him know it.

And when he explained to them that we took no phone calls and forced people to fax in requests to work with us they thought we were both certifiably insane.

Thankfully, we brushed it all off.

Actually, we completely ignored them.

As funny as this many sound, privately, we thought that they were the crazy ones.

Who wants to stay in a job that they don’t like?  Who wants to work in a manner that you hate?

You’re dead a long time … you’re alive for a very short time … may as well do what you want the way you want.

And that’s never appealed to us.If we let those people stop us we would have never been able to help investors acquire over $100,000,000 in real estate with a decent amount of investing success.

We would have never met so many amazing people.

So many truly incredible people who are looking to improve their lives.

And as we’re sharing elsewhere in this month’s newsletter … it’s lead our business to a much bigger mission than simply investing in real estate.

We are on a mission to help as many Canadians as we can live life on their terms.

So what’s the best technique for handling criticism?

Being crystal clear on what you want.

Stuart Wilde has this great line in his book, The Trick To Money is Having Some,

“What do you want, and how much energy are you prepared to exert to get what you want?  If the level of enthusiasm you are willing to commit to your quest is not great, then obviously you don’t want what you think you do, or at best your quest is not that important to you.  But if some aspect is very, very special to you, it becomes sacred by virtue of its integrity.  Then the level of your commitment to that ideal is vital, for you know that the whole reason for your life is contained and centered in that one quest or achievement.”

If you’re ready to commit great amounts of energy to your journey then no amount of criticism will stop you.

We work hard to remain very clear on our own goals and our own rules for how we work because if we waiver on them we know the critics will slow us down.

We try to concentrate hard on what we know works and do our very best to ignore everything else.  We actually expects criticism now, it's part of the game ... it no longer slows us down.

We confess that sometimes we get distracted and perhaps occasionally spend too much time dreaming and “thinking big”.

And contrary to popular belief, “thinking big”, can be dangerous because when you let your mind wander you tend to become less engaged in your daily activities and eventually you begin drifting and become dissatisfied with your current course.

You begin doubting yourself.

That’s what happens to us.

Our best results have always come from hard work, from focusing on the activities that we know produce results and working dilligently to perfect them.

When we’re doing that nothing stands in our way, no criticism bothers us and we’re living life on our terms!

Here's to you living life on yours!