Are any of us preparing for LOWER interest rates?

Home / Real Estate Investing / Are any of us preparing for LOWER interest rates? 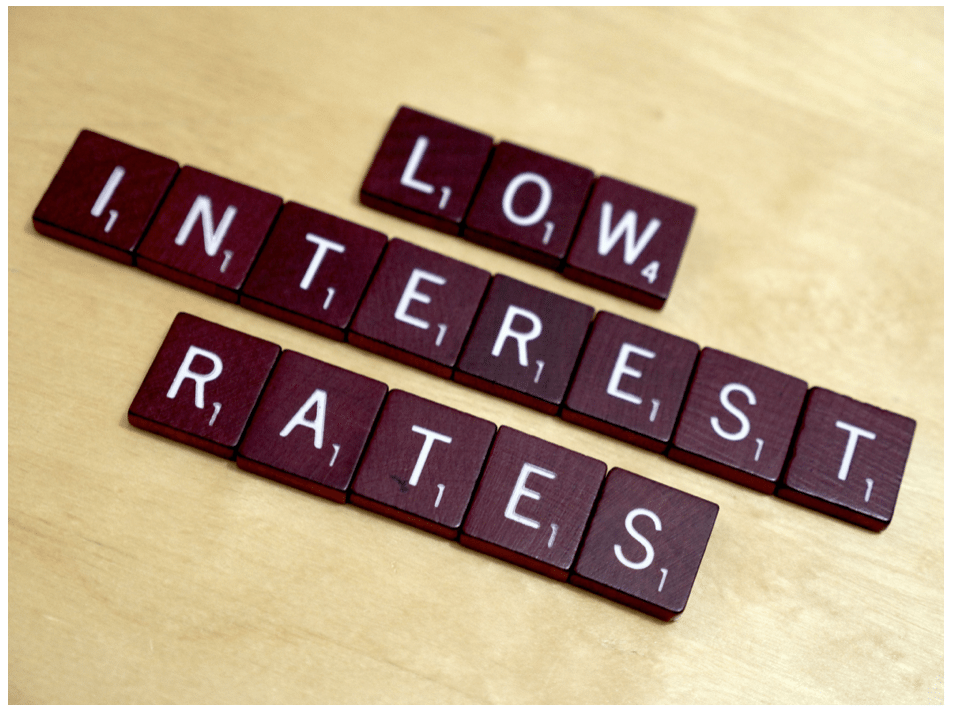 We’re sure you’ve heard it before…

“Interest rates are going to increase this year, for sure.”

“Wait until rates go up, then you’ll see what happens to the real estate market.”

But what if they can stay low?

What if rates aren’t just going to stay low, what if they’re going to go even lower?

Seriously, have you thought about it?

Why is it assumed that rates must go higher? Because “they always” do?

Look, we plan for everything we can … so we’re definitely buying properties and we’re prepared to take actions if rates increase.

Our family’s own history involves the insane rate increases of the early 1990s that crushed the Toronto real estate market.

We’re not naive about this. It’s part of the reason we buy nice starter homes in good communities. We’ve seen property values lose HUNDREDS of THOUSANDS of dollars very quickly.

So we’re constantly watching interest rates to see when they begin to move up.

But as prudent investors, we should think of different scenarios – no?

The very fact that “the majority of people” believe rates must go up is the exact reason we feel it’s important to plan for the exact opposite as well.

Not too many people are planning for interest rate decreases, are they?

It’s not as if this isn’t already happening.

Check out what’s going on in Europe right now: 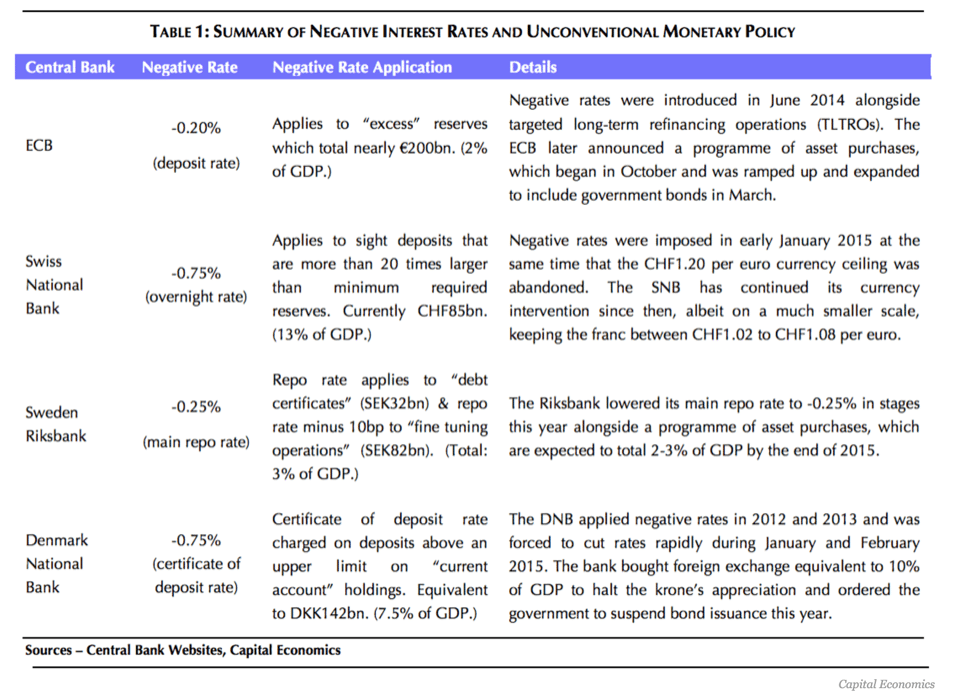 And although the U.S. Federal Reserve may make a slight rate hike this month … partly, we assume, is because they’ve promised a rate hike in 2015 for at least two years now, and only have one month left to save face on that promise.

I mean it can’t be because they actually believe their own talk of “continued moderate economic growth,” can they?

Here’s a link to Janet Yellen’s full speech yesterday where she discusses such fun things.

Let’s do our own quick, arm-chair, analysis.

Here is the current median family income in the U.S.: 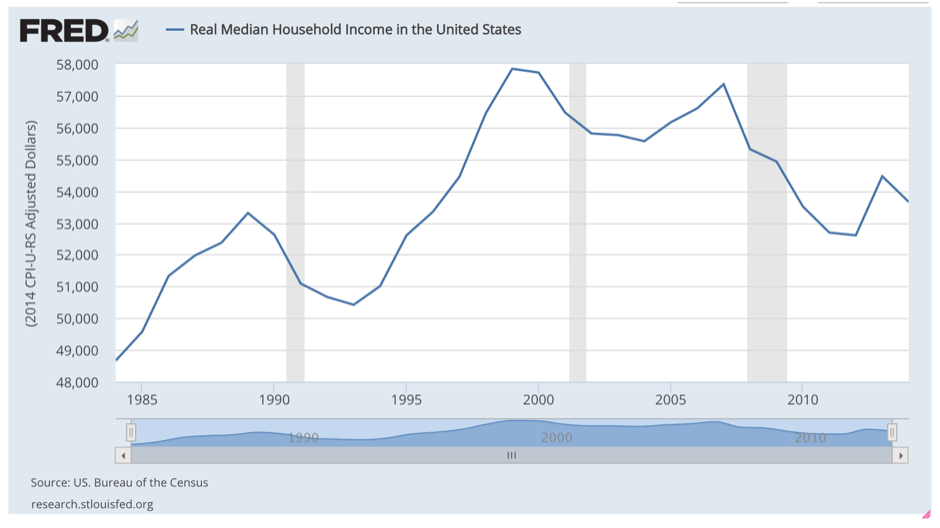 If unemployment rates are so low, it sure isn’t doing much to help family income in the U.S., is it?

It would seem, according to this chart, that incomes are at the same levels as the late 1990s.

Check out this next chart: 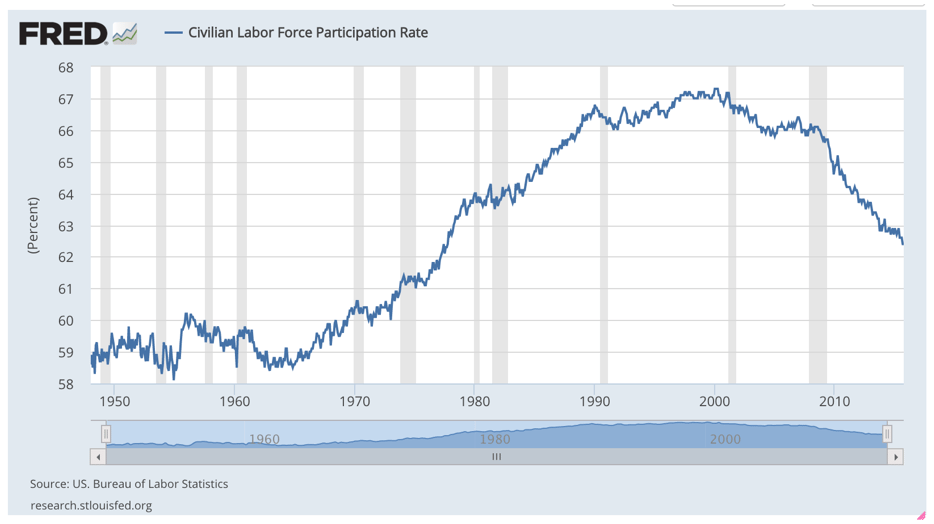 Seems like a lot of people are not participating in this “moderate economic recovery.”

In fact, it seems that the rate of participation hasn’t been this low since the 1970s.

Let’s see if the U.S. government has gotten its debt load under control: 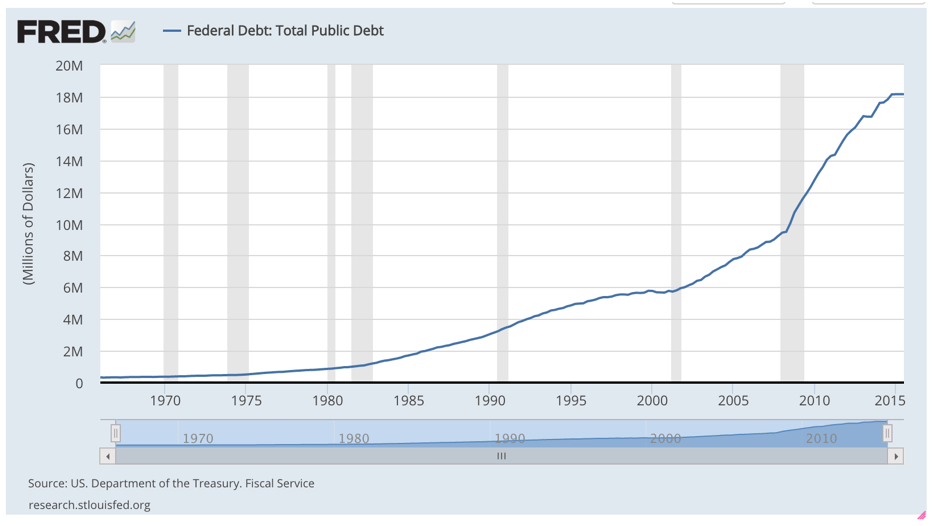 When we started looking at U.S. debt in 2009, it was $9 Trillion. Today, it’s more than double that, six years later.

Take a peek at how long it took to reach the first $9 Trillion. The next nine came kinda quick.

Some questions to consider:

If rates are raised, who is preparing for the massive increase in interest payments on an $18 Trillion dollar debt load?

Does this mean more taxes for everyone?

If rates are raised into an economy that, when looking at income and labour, doesn’t seem to be trending in the right direction, what happens? Does this somehow spur more jobs?

We don’t claim to have the answers.

And one more question:

We’re seven years removed from 2008. A lot of debt was added to get out of that little pickle. How much debt is going to be required for the next, inevitable, crisis that comes our way?

Canada isn’t immune from spending and debt by the way, here’s a link to a CBC.ca article yesterday where our government may already be backing away from the $10 Billion dollar cap to the deficit it was planning for our annual budget. Seems like we may have a little spending issue of our own.

How do we all save, invest, and make money in that type of world?

Maybe it’s time we all gave that a little thought.

Just as a precautionary measure, for our family’s futures.

It would seem important to plan for such development, no?

This is part of what we’re planning on discussing at our next Economic Update for Rock Star Members in early 2016 … it’s going to be a fun one!!