Today's Money System Was Never Supposed to Be | Rock Star

Today’s Money System Was Never Supposed to Be 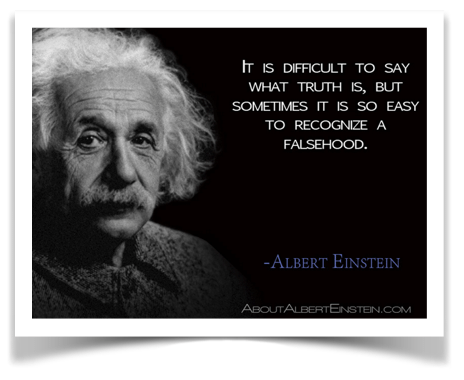 Elon Musk is all over the press lately and the latest book on his life, Elon Musk: Tesla, SapceX and the Quest for a Fantastic Future, by Ashlee Vance, is a worthwhile read.

We enjoyed learning about Elon’s journey so much that we wrote an article about him for our Rock Star Inner Circle members this month.

He made a bunch of money over the years… You may know him as one of the founders of PayPal.

You may not know that he spent a couple of years at Queens in Kingston, Ontario before heading to the U.S.

He also spent some time as an intern at the Bank of Nova Scotia where he discovered a great investment for the bank, an investment with which they could make billions of dollars. He was quickly dismissed.

In the book, he reflects back on that moment… Here’s what he says, from page 77:

“All the bankers did was copy what everyone else did. If everyone else ran off a bloody cliff, they’d run right off a cliff with them. If there was a giant pile of gold sitting in the middle of the room and nobody was picking it up, they wouldn’t pick it up either.”

And there’s this line on the same page:

“Later in life, as I competed against the banks, I would think back to this moment, and it gave me confidence.”

This is instructive on many, many levels – but we’d like to focus on this aspect of what he shares:

People, in general, always do what everyone else is doing.

Very few people take the time to think about what is right for them.

Or take the time to study what is really going on with banks and today’s money system.

If you have taken the time then you likely understand that until 1971, the U.S. dollar was backed by gold.

Then President Nixon changed the rules, here’s the actual announcement.

That’s no “big surprise” any more.

But it’s super interesting to listen to the words Nixon used during his big announcement.

Pay special attention to what he says at the 7 second mark:

Did you catch that, “suspend temporarily.”

Today’s money system is in a very long suspension, it was never supposed to be this way.

James also shared a recent conversation with former Federal Reserve Chairman Paul Volcker, in which Mr. Volker explained he, “was one of the people in the room [at Camp David]” when the decision was made to close the gold window.

“What Nixon actually said—and Paul Volcker confirmed this when I spoke to him—is that they didn’t think they were going off the gold standard…[It] was a temporary suspension until the major global powers could get together…rewrite the system and…get back to a gold standard…at a different [much higher] gold price.”

Since the closing of the gold window, there has been confidence in the system. “But if you push one wrong button, the whole thing melts down catastrophically,” James added.

This is exactly the reason we like good income properties as a place for our money.

We’ve concluded that today’s financial money system is a mess, and because of that, we feel warm and fuzzy owning hard assets.

We’re riding the wave of low interest rates and debt creation and trying to be as safe and smart about it all as possible.

Remember, we’re just two guys who grew up in Mississauga, children of wonderful immigrant parents, who do not have degrees in Economics.

Make your own conclusions, please.

But don’t simply follow the herd when it comes to investing.

And if you do decide to invest in hard assets like real estate or god forbid, gold, then get ready to be attacked.

One of our favourite videos of someone dealing with this type of venom was on Fox Business, Sept 2nd.

At the 2:00min mark things just get downright entertaining:

To us the bottom line is that today’s money system has been a pretty long experiment, and if you’re fortunate enough to be in a position to save some of the stuff up, then perhaps do some research for yourself before you decide where to invest it.

“Whenever you find yourself on the side of the majority, it’s time to pause and reflect.”
– Mark Twain

Share this post
FacebookTwitterGoogle+LinkedIn
Related posts
Find the Best Rental Markets in Ontario
August 25, 2020
Find Rental Properties in Emerging Neighbourhoods
July 30, 2020
How to Buy Gold & Silver in Canada
July 23, 2020
Does The Government Care About Real Estate Prices?
July 9, 2020
Hard Money vs. Unsound Money
June 11, 2020
5 indicators for what happens to Canada’s economy next
May 28, 2020