Thought Experiment: Is Earning an Income A Dead Financial Strategy? 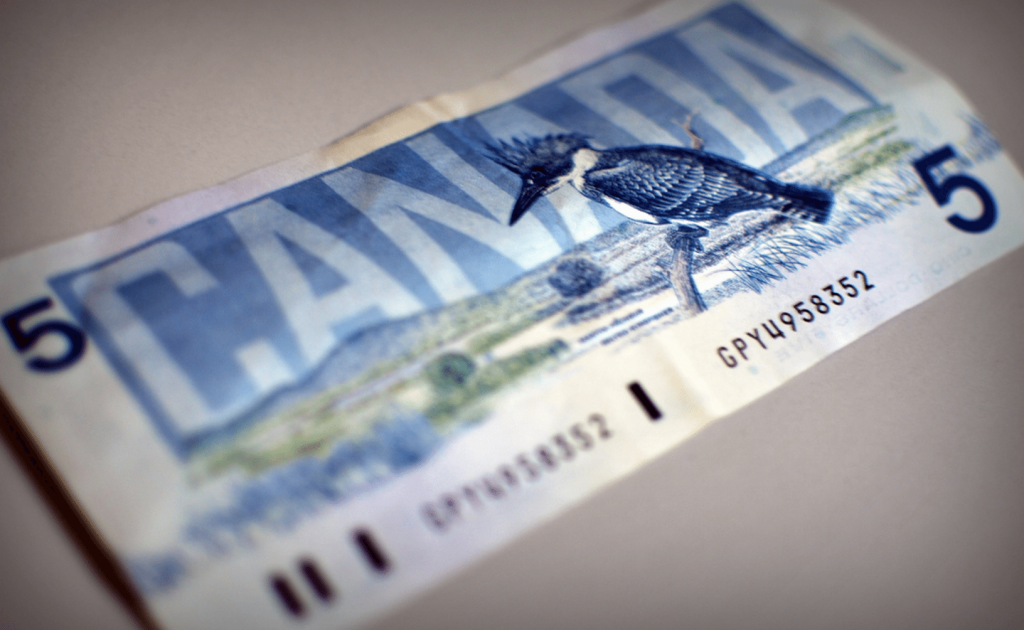 Maybe as Nick and I get older we’re just getting grumpier.

Or maybe we just have more opinions.

Whatever it is, the more we study the economy and our financial system, the more we want to throw up our arms in disgust.

Check out this headline from Yahoo! Finance (Source):

Here’s a quote from the article:

“We both went back to school later in life to try to improve our marketability and get better jobs. Worked for me, sort of, not so much for her,” Stumpf said.

He’s philosophical about the debt.

“It drives us crazy … But I think we both realize that, short of winning the lottery, we won’t ever pay off $176K in student loans. And it did help me get into a career field that isn’t going away for a while,” he said. At age 70, he’s still working 25 hours a week in IT. “There are a whole lot worse off than us,” Stumpf said.

This kind of stuff bugs us.

Have we all been sold a bill of goods?

There’s an implied belief in North American society that a “good job” is still a safe way to support yourself financially.

Check out this chart put together by Charles Hugh Smith (oftwominds.com).

It’s been bothering me for the last two months: 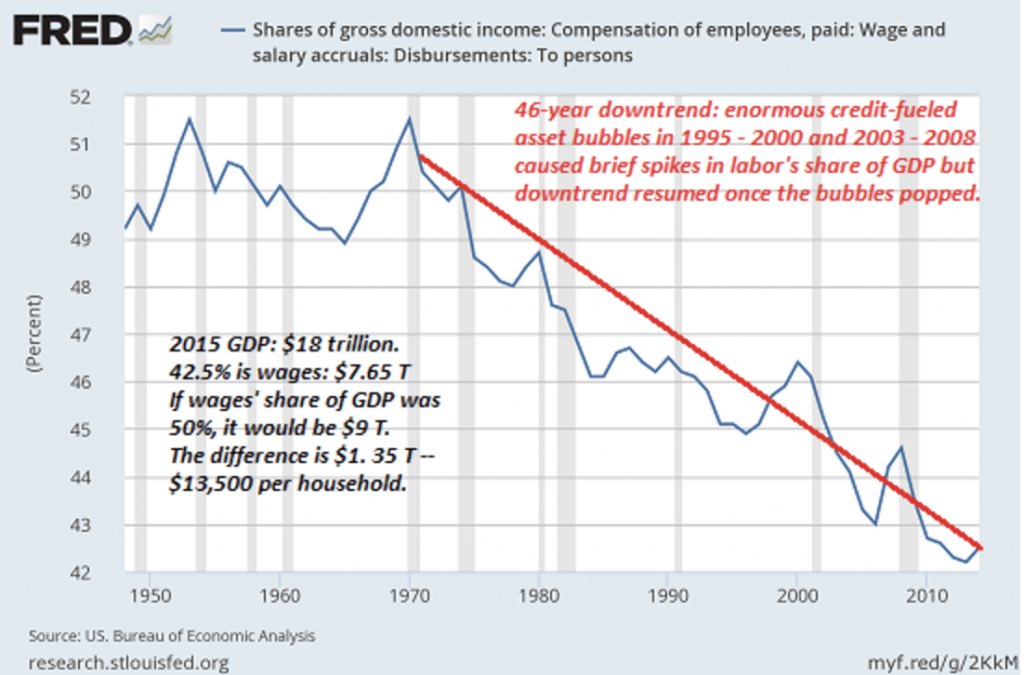 Wages as a percentage of the economy are accounting for less and less of the total.

Over the last 46 years, wages/salaries have been earning a decreasing share of the total Gross Domestic Product.

This is U.S. data of course, but in Canada, we’d bet we’re on a similar trend.

Let me be clear:  incomes are becoming worth less and less in the economy.

You know why I’m bitter about this?

In high school, it always felt strange to me when I got good marks that the system just ushered me off to University.

There was no explanation of how money works, or what level of income I would need to live a life of X, Y and Z.

I somehow just understood that going to University must equal getting a good job.

And that if I worked hard in that good job, it must mean I would be able to earn more money.

And that by earning more money, I could save, take vacations, buy a house, and most importantly, take good financial care of my family.

Personally, I don’t believe a “good job” is a path to being able to save, buy a house, or most importantly, take good financial care of my family.

And the more I learn about the financial system the more I see how working hard and having a “good job” may actually be a failing, or already dead, strategy.

Here’s the state of the financial world as we see it right now in one chart put together by Jesse Felder (thefelderreport.com): 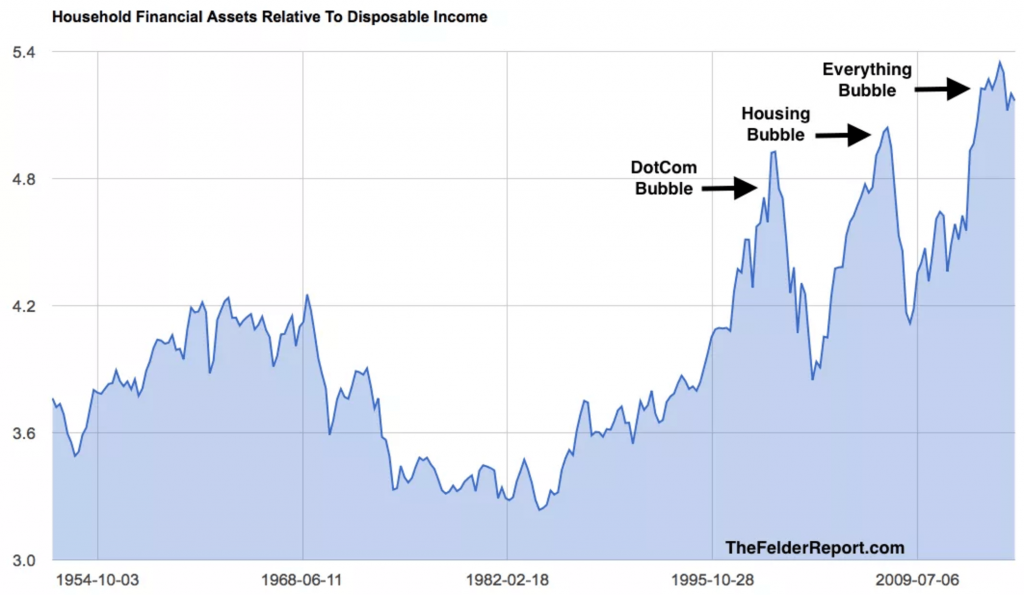 It isn’t very pretty, is it?

And it introduces some interesting questions.

The U.S. got out of a nasty housing collapse by doubling its debt as a country.

The U.S. currently is approximately $20 Trillion in debt.

That’s more than the entire annual gross domestic product of the country.

The U.S. also has 9 million more government employees than it does manufacturing employees:

Something just doesn’t add up with that.

So what’s a country to do that is loaded with debt that is increasing at a faster pace that its economy?

How can it afford to keep adding more debt to pay for more government jobs with less payroll taxes from a smaller salary base?

We love the way James G. Rickards (@JamesGRickards) articulates the solution so we’ll paraphrase him here:

The easiest way for a government to fix its debt problems is to cheapen its currency. So currency wars, where one country devalues its currency against another, which have been running strong since 2010, have a way to go still.

(By the way, if you’re interested in the global economy read all of James Rickards’ books, all of them!)

Now, what does a global currency war have to do with an individual’s income?

If inflation runs at 4% over 18 years it cuts the value of that income in half.

That’s right, do the math.

So anyone having a child today and earning an income will have their income worth about half by the time that child is ready for University (if their income doesn’t keep up with inflation).

And how by the 1990’s, it took two parents working to support a family.

To us, it’s because the value of the dollar got chopped in half over 20 years.

If your income didn’t keep up with inflation you lost and you lost big.

Inflation is a nasty little thing.

What happens if this keeps up over the next 20 years?

Does the value of your income get cut in half again?

We think it will.

Unfortunately, governments will take the easy path and pump the inflation machine to get us out of this debt load.

Incomes that don’t keep up will be left in the dust, worth less and less each year.

This is why, even in today’s insane markets, we still believe it’s worth it find good properties in good areas that pay for themselves as income-producing hard assets.

Hard assets seem to keep pace with inflation. In our opinion, they’re still the best way to protect yourself.  And the key is “buying them right” so when a deflation era hits you can survive the market downfall and live to tell the story.  This means you want properties where the income doesn’t disappear during a financial crisis.

So it wasn’t that high school had bad intentions with their career advice for me.

They just didn’t realize their chosen approach was a poor one.

An “income strategy” all by itself, as a way to financial security, seems like a dead strategy to us.

Best to mix your income with some hard assets that keep their value … that’s our 2 cents anyway.