Lessons From 17 Years Of Showing Up | Rock Star Inner Circle

The Secrets of a Baseball Iron Man: Cal Ripken Jr. 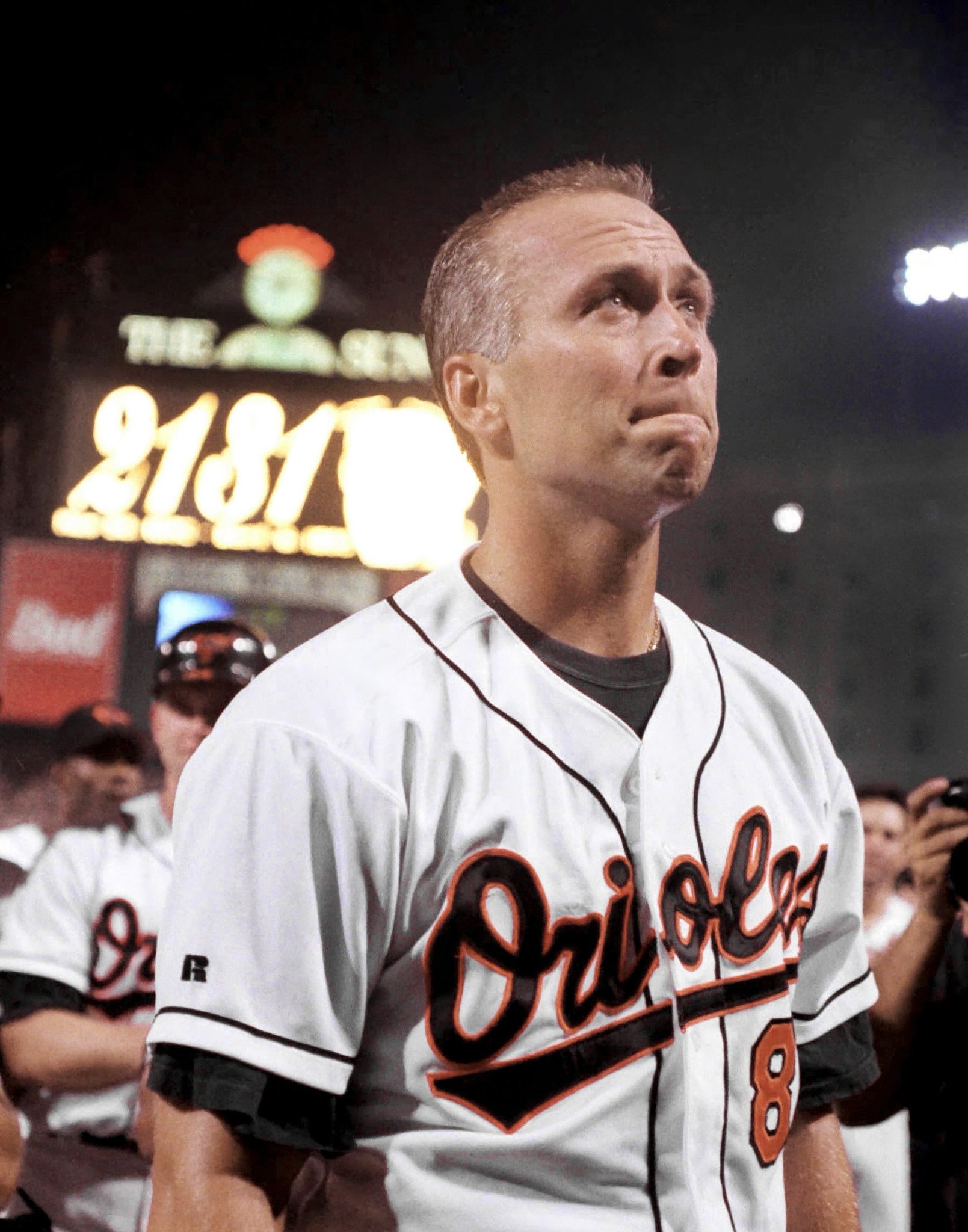 So we’re in Baltimore, Maryland at a really practical and useful conference which is rare enough in itself and we also got the opportunity to listen in as Cal Ripken Jr. reflected on some of his achievements.

We’re not baseball fans … at all … but you’ve got to respect a guy who played 2,632 games without missing a single one.

That’s seventeen years without missing a single inning or at bat. 17 years!

He beat the previous record, held by Lou Gehrig, by 502 games and finally removed himself voluntarily from a game to end the streak.
The game in which he broke Lou’s record has been voted the most memorable game in Baseball’s history. Not bad eh?

During his chat Cal shared that the obvious #1 question he gets is, “What’s his secret? How did he play 17 years without missing a single game?” Not for injury, having a “bad day”, family issues, disagreements with Managers or teammates … not for anything.
And guess what his the answer is?

Here’s exactly what he said:

Gimme a break. We want to hear how you repeat positive affirmations, eat right, work hard, have a positive mental attitude, rub your lucky silver coin before every game … give us something!

“I just liked playing.” Come ON!

A little while after breaking the streak Derek Jeter, from the NY Yankees, asked him the same question … “How did you do it Cal? How did you play 17 years without missing a game? After two weeks of the season I start feeling like I need to get away for a while. How did you do it for almost two decades?”

So he gave his standard answer again, “I’m not sure, I just like to play.”

And Derek Jeter looked at him with such disappointment that Cal really felt like he had let him down. Immediately afterwards a reporter asked him, “What traits does someone have to have to do accomplish what you accomplished?”

And that got him thinking…

Cal decided he needed to answer that question to help out Derek Jeter and everyone else who has been asking him about his incredible streak.

He sat down and wrote out the things that he felt served him well over the years.

We’re going to share the notes we took during his chat… here we go:

Right attitude, a personal mission statement, and an honest and simple approach of being ready and available for his role.

In the early 1990’s he was struggling badly and the media was calling him selfish for not pulling himself out of some games to give someone else a chance to help the team.

He was depressed about it and considered it until a veteran pitcher on the Baltimore Orioles told him on the day he was going to pitch that, as a pitcher, he only got to play every six days, and he wanted and deserved to have the very best players on the field with him.

And that it would be selfish to give into the media critics who don’t even play the game.

The critics went on criticizing.

And interestingly enough, a few years later the same critics were upset that Cal may actually miss a game and break his streak because of the birth of his son.

He didn’t end up needing to … but the lessons is that you can never be right in the eyes of critics so don’t try to be.


2. Strong Will To Succeed

An internal drive and fire within to win.

As a kid Cal threw fits when he lost or struck out and his parents, especially his mom, let him.

The let him toss bats, kick the ground and act like a big suck.

But the day after those flare ups his mom would always ask him why he acted that way. She then pointed out that he had an intense and incredible power source within and to try and focus it. To do push-ups, run laps, or take 500 swings.

Over the years Cal took that advice and learned to focus his intense desire to win and it’s served him very well (obviously!).

He loved what he was doing.

His dad always told him,

“Too many people in this world are doing what they hate – and that’s the cause of many problems. Do what you love and figure out the rest later.”

One year he went 0 for 23 at bat. The critics were on him again to let someone else take his spot on the team. His passion for the game pulled him through and later that year he was have a great season and the team was playing for the Pennant against the Toronto Blue Jays.

Success breeds complacency so you always need an edge.

He would always be competing against new shortstops looking to take his spot on the team. But instead of feeling threatened he just worked harder.

He worked harder in the gym, on the field and on his own mindset. He competed against himself only. He even gave tips to the young guys that were trying to take his spot. But during games he would make a point to dive further, hit harder and run faster than them all.

He was setting his own standard and at the same time rising above the crowd.

Adjust and re-adjust.  You’re nothing if you’re not consistent.  Solve problems, find solutions and keep moving.

Cal would help pitchers by teaching them the tendencies of other team’s batters.  When he was struggling for part of a season his own team’s Manager kept him in the game just for this valuable advice he was giving during the games to the team’s young pitchers.

He achieved consistency by not focusing solely on himself.  Be helpful to others and it comes back to you.

When you feel you’re right you have to stand up for yourself.

You need thick skin, you need to be somewhat stubborn to see things through to the end.

Too many people don’t believe what they tell themselves and let them others talk them out of doing what they really want to.

Don’t let it happen. You only live once.

Later in his career he realized there was a direct link between how well he took care of his body and his ability to concentrate and remain focused during games.

In baseball there are pages and pages of scouting reports that you read almost daily and found the better shape he was in the better he was able to remember details about other team’s pitchers tendencies.

Achieving balance between professional and personal.

He worked hard to manage the media. Whenever the media was on him negatively he made a point to talk to the TV and Radio guys so that his voice would be played on the air so that the fans could hear him directly explain that he loved playing and that he was working through things.

He always approached new managers and asked them if he could design his own Spring Training camp schedule. ZERO other players did this. It allowed him to have some control over his schedule, maintain a proactive relationship with the Baseball Team Manager and schedule Spring Training while still spending time with his family.

He repeatedly gave this advice to other players, about designing their own life schedule and proactively talking to the media….as far as he knows ZERO teammates took him up on this.

Instead they complained about the unpredictable Spring Training schedule and hated the media.

He lives by these words from Theodore Roosevelt:

Not a bad philosophy huh?

He ended his talk by saying that his goal was never to break a record. It was just to be the best he could be.

Hmm…that line alone is the most insightful isn’t it. Words to live by.

And there you have it … our own notes from Cal’s talk yesterday.

We ended up getting a chance to meet him and grab a picture together. Great guy and another “regular guy” living life on his terms.