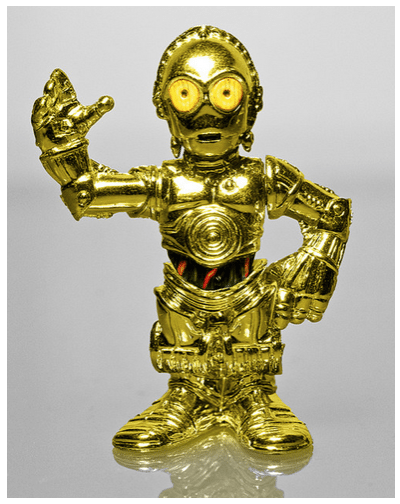 While the government is now spending its time arguing about the levels of TFSA limits, the rest of us are left to make sense of how valuable this is to us.

If you’re not aware, the maximum allowable limit for contribution has been raised to $10K.

And this has caused a lot of concern that the “wealthy” are going to use it to stockpile cash and hide it from the Canadian Revenue Agency so well that they’ll still be entitled to various retirement benefits, even if there TFSA is full of cash upon retirement.

Not only that but there’s now talk that this increase is going to cause revenue problems for the government as discussed in the CBC.ca article, TFSA Changes a Problem for ‘Stephen Harper’s granddaughter to solve’, Joe Oliver Says:

“The doubling of the TFSA limit to $10,000 per taxpayer every year was a core plank of Oliver’s balanced budget. But critics including the opposition parties and private sector economists have said the populist move will create a revenue problem for governments down the line, as more and more investments get protected from taxation.

The Parliamentary Budget Office recently estimated that the impact of existing TFSAs on government revenues was $1.3 billion this year. And that was before the new changes. The government’s own numbers on Tuesday said the proposed changes will reduce revenues by a further $85 million in this tax year, up to a cumulative impact of more than $1.1 billion within five years.”

Here’s the concern around us Canadians “hiding” too much of our money from the claws of CRA in CBC.ca’s article, TFSAs Will Lead to ‘Welfare’ For the Wealthy, Government Warned:

“However, because the accounts operate outside the tax system, they are also ignored when it comes to income-tested government benefits such as Old Age Security (OAS), the Guaranteed Income Supplement (GIS), and even the allowance designed with the country’s lowest income seniors in mind.

“The question is: what do we do?” asks Rhys Kesselman, who holds the Canada Research Chair in Public Finance at Simon Fraser University. “Do we continue to pay the GIS, which is intended for low-income seniors, to people who have large amounts in their TFSA?”

Kesselman estimates a person who starts squirrelling away significant amounts into their TFSA at an early age and invests it in a diversified portfolio can expect to have $750,000 to $1 million or more in that account by the time they reach retirement age – a sort of personal endowment fund that would continue to generate income tax free.

Once again the media and the government misses the point – entirely.

First off, let’s just state the obvious.  As per the government’s own data, Canadians are not saving.

Stats Canada is reporting that Canadians are saving 3.6% of their income right now.  (Source)

How many Canadians are saving the $10K a year?

The government can sleep easy knowing that all the wonderful policies that this country has in place have created an environment where no one is saving much of anything.

That big problem of hiding money in TFSA’s may be relegated to the extreme minority it seems.

A unicorn of sorts.

Perhaps the government should spend more time figuring out why we can’t all save more instead of arguing about nothing.

Next, who is earning 6% in this magical diversified portfolio that is referenced above?

Certainly not any of our beer league hockey friends.

In fact, most of our friends are happy if they’re not losing money in their “diversified” portfolio of stocks, a big fat 0% return.

Here’s the big problem that is drowned out by the noise.

Canada is awash in debt.

So is the world.

Are you kidding us?

Not only that, apparently a single guy trading from home can crash the entire market, as described in Bloomberg’s article on April 21, Guy Trading at Home Caused the Flash Crash

One single guy can take down the markets.

Instead of fixing our investment markets so that a single guy in London can’t crash them, let’s focus on the TFSA accounts!

And if a single guy can crash our markets then why would I want my money in a TFSA account invested into that market?

It’s cool that it’s tax-free but if I’m forced to invest in a financial system that grows crazier by the day then… No thank you.

It’s great that I’m saving tax-free in my TFSA but if the market steals my money then what am I really saving?

We would much rather take our money and sleeve of gold or a few sleeves of silver.

Heck, some people say it doesn’t go up in value.

But you know what?

It gives us incredible peace of mind.

It gets us right out of the financial madness.

And when the next one man flash crash wrecking crew decides to take down the markets we can sleep easy knowing that at least some of our savings don’t care at all.