How Will Canada Respond To Inflation | Rock Star Inner Circle

It’s Your Move Bank of Canada, Your Move! 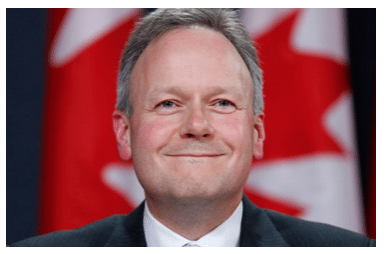 Today please let us have some summer fun and indulge us while we riff a little on the state of the economy.

Aren’t these just the most interesting times we live in?

Just when everything seemed to be going according to plan in Canada, doesn’t inflation hit 2%.

This is smack dab in the middle of the Bank of Canada’s declared 1% – 3% ideal range.

And at the same time doesn’t the Canadian dollar get stronger right when it’s supposed to be getting weaker.

Or does it only look like it’s getting stronger because the U.S. dollar is getting weaker?

Darn, which is it?

The Canadian government had decided it wants a weaker dollar to help spur on our export-based economy.

We don’t want a strong dollar.  We want a weak dollar darn it.

(Aside:  And when we say “we” … what we mean is “the government”.  Because as business owners who pay some of our bills to U.S. based companies and vacation outside of Canada, “we” … as in “Tom/Nick”, want a strong dollar – not a weak dollar.  A strong dollar actually helps us.  But we can understand that other businesses who export stuff to the U.S. want a cheap dollar to make their stuff look attractive.  Confused?  Yeah, us too.)

So our beloved Mr. Poloz, Bank of Canada Governor, will be doing the rounds over the next few weeks to “talk down the loonie”.

This will involve hints that low-interest rates are here to stay even though inflation is starting to pick up.

And why would low-interest rates be here to stay if inflation is picking up – the natural/normal/typical reason to RAISE rates?

Because central banks all around the world are terrified that the threat of deflation still exists.

And why is deflation bad?

Because in a world full of leverage deflation is a killer.

… if those assets fall in value because of deflation to $80 Million your debt still stays at $100 Million.

That would not be very good at all.

Especially if those assets aren’t producing cash flow and paying for themselves.

And here’s what else…

The stock market is at all times highs.  (Source)

Employment rates in the U.S. keep getting better. (Source)

The average family income hasn’t recovered at all.  (Source)

Right here at own, just today, the Financial Post is reporting that Moody’s has cut Ontario’s credit rating as we have an annual $12.5 Billion … that’s BILLION … budget shortfall.  (Source)

Can’t really raise interest rates when countries, provinces and cities all around the world have the same problems, can we?

So what is the Bank of Canada to do?

Inflation is picking up, the threat of deflation still terrifying central bankers, debt loads are high, interest rates are committed to being low, incomes in the biggest economy in the world and our largest trading partner are down.

What is a central banker to do?

It’s your move Bank of Canada.

And we’re excited to watch what you!

We’re sure you’ve got a few moves up your sleeves.  And we just can’t wait to see ’em!

Here’s what we do know…

The old idea of using RRSPs and pensions for retirement **may** be an extinct idea for those of us 50 and under.

With inflation, the desired outcome of the bankers your investments and pensions better keep up or they’ll be eaten alive and be worth a lot less than ya think.

We **think** taxes are only going to up from here, not down.

It’s **probably** best to take direct control of your own investments, income and future.

Will this mean more education on your part?  Unfortunately, yes it will.

Every time in history that wonky economic conditions like this have existed the middle class gets wiped out at some point.

Will it be high-interest rates, deflation, “bail-ins”, or the unthinkable … forcing Canadians to use RRSPs to buy government debt?  Can you imagine that last one – the horror!?

Who knows what’s in store for us, but it’s going to be fun to watch.

It’s your move Bank of Canada … and we’re watching!

If you’re a Rock Star Inner Circle Member stay tuned for this Fall’s Economic Update … it’s going to be a DOOZY. (Source)

And we have some KILLER guest speakers lined up too!