Do You Have The MacGyver Factor | Rock Star Inner Circle

Do You Have … The MacGyver Factor?

Home / Business Lessons / Do You Have … The MacGyver Factor? 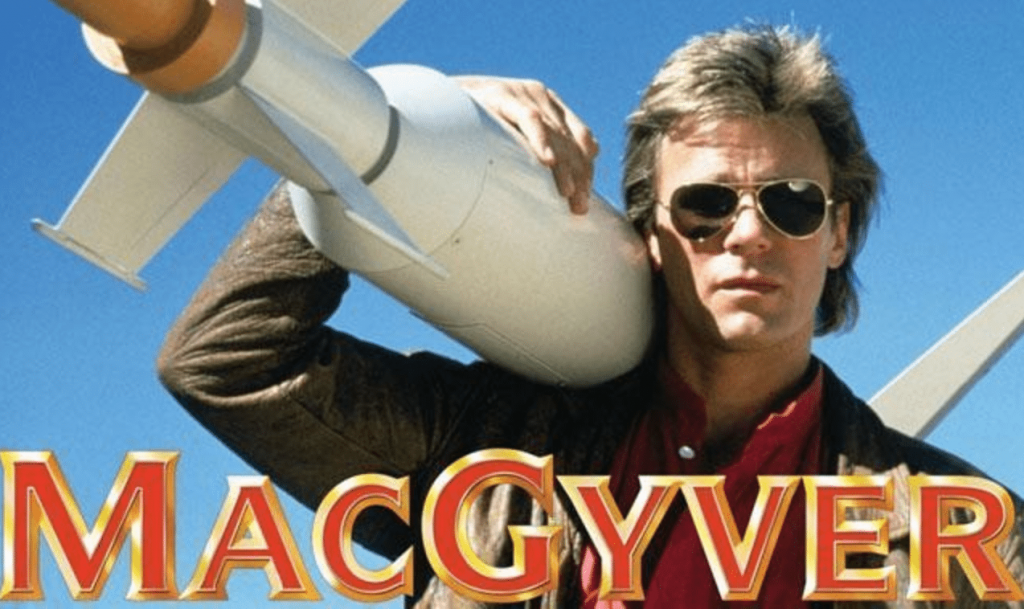 We’re very fortunate. By working with so many Canadian real estate investors we get to carefully observe the characteristics of those who achieve the most, fastest.

And there’s a certain characteristic that continues to pop up repeatedly.

Do you remember the show MacGyver?

The main character of the show would get himself stuck in the most life threatening, impossible situations only to free himself by using whatever he found lying next to him.

That often meant he blasted out of locked rooms by creating explosions from toothpicks, bubble gum, and duck tape.

Needless to say, he was my hero.

It’s common to hear many beginner investors focus on all of the problems they have:

And even experienced investors will take too long to deal with issues that may pop up because of their perceived lack of time.

Which is really just a lack of priorities.

That could mean taking too long to handle a tenant situation or letting repairs go for so long that they turn into major headaches.

However, the very best, the cream of the investing crop, handle things differently.

They are able to magically summon the resources they need, almost at will.

They have, “The MacGyver Factor.”

The Case of The Vacant Room

We know two different investors who each had a single vacant room in a Student rental property they owned.

ASIDE: Single vacant rooms can be particularly annoying because it can be somewhat challenging to find a single student to take a room in a house of strangers mid-way through the school year. However, that single room may be half of the cash flow on that property.

They were both very capable people and handle a lot of responsibility regularly.

However, one is regularly much more resourceful than the other.

Although he had no time to fill a single vacant room he understood that money is attracted to speed and quickly began calling all the other landlords in the area to see if they could spread the word with their students that a single room was available in another house.

He knew some landlords himself and got the numbers of others from old ads posted online on the Off-Campus Housing’s classified ads.

He turned his competition into his colleagues.

He offered a small “finder’s fee” for the student and landlord that would bring someone to him.

Within a week the room was filled.

He placed no ads, did not show the room (his existing students did that for him), handled very few calls, and completed the task.

The other investor continued to report to us how painful student rentals were because he couldn’t find time to go down and show people his single vacant room.

He was stuck on the “pain” of the situation instead of focusing on what he could do about it.

He didn’t have “The MacGyver Factor.”

The Case of The Broken Phone Number

A while back it’s was interesting to observe two investors who had properties they were advertising for rent in the exact same city West of Toronto, at the exact same time.

The first had the phone number he was using in his ads “go down” and this resulted in no one calling.

After arguing with the phone service for two days about the problem he finally got the number working again but went on to complain about how he just couldn’t generate enough calls.

Upon investigation, we found that the ads he was running were in the wrong places and were not being updated correctly.

He seemed more happy to be frustrated than to take action.

She quickly “Googled” another service, signed-up for it, called the newspaper to change the phone number in his ad for the next day.

To make up for lost momentum she ordered 100 signs to place on the side of the road around her property.

Not ten signs, not twenty.

Because she had kids and works in a teaching role she had to go put out the signs in the middle of the night.

And managed to put out all 100 over the course of a weekend!

She received so many calls that not only did she fill that first property with a tenant she used the extra leads to line up tenants for another 3 properties before she even purchased them!

She then quickly went back to her signs and picked them up so that the city didn’t “steal” them from her.

She went on to use the signs several more times with much success.

One investor had “The MacGyver Factor” the other didn’t.

The Case of The Impossible Restaurant

What’s so interesting about successful people being resourceful is that it doesn’t just apply to real estate investors.

It’s a universal quality found among all great business builders.

Recently we found ourselves reading the book, Setting The Table, by Danny Meyer.

It’s the true story of one of New York’s most successful restauranteurs.

Danny wanted to build a restaurant in an area of New York City that was clearly not ready for it and would require more money than usual.

We’ve added the bold and italics to the key sentence in this excerpt from the book….

“People began telling me that it would be insane to create, design, staff, and open two restaurants simultaneously in the same space. It was becoming abundantly clear to me that I would need to take on more investors and more managing partners, and I did. I did not have the personal funds to build two large restaurants in the space; nor did I have the gumption to go it alone without partners at my side. I began to think intently about where I’d seek financial assistance. I recruited two new colleagues to become my managing partners…”

Notice how he “began to think intently.”

He put extreme focus on how to overcome his challenges – and he did.

It took two years of hard work before the restaurants would open and even harder work to make them successful.

Six weeks before the first restaurant opened the head chef and business partner quit out of fear that the expenses were getting too high.

Danny went on to recruit another head chef after quickly consulting with his business partners for possible candidates.

Head chefs in high-end restaurants can make or break the restaurant. Many would crumble in front of such obstacles.

He has “The MacGyver Factor.”

Start looking around at ALL the successful people you know.

Especially the ones who have created their own success from scratch.

We bet you’ll find that each and every one of them is extremely RESOURCEFUL.

It’s their resourcefulness that gets them past all the obstacles that block others.

How resourceful are you?

Do you have “The MacGyver Factor”?

Time to get busy!

(This post was originally shared July 2012 but we love MacGyver so we had to share it again!)