Calling All Canadians! Are You Ready for 15 More Years of Low Rates? 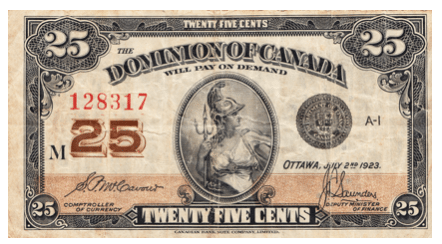 Back in 2010, we were at a golf tournament and a very well known mortgage broker in Ontario told us to expect interest rates to go up at any moment.

He thought it would be a bloodbath when they did and that most Canadians weren’t ready for it.

Back then, because of who this guy was, we bit our tongue but we disagreed strongly.

Do you recall in the Fall of 2014, less than twelve months ago, when practically everyone was telling you that rates were going to go up in 2015… For sure this time.

Then we got a rate cut in January of this year.

Then we got another one in July.

You can’t even make this stuff up.

Now in the U.S. they’ve been basically guaranteeing that rates are going up this year, so they may have to raise them simply to save face.

But now even that’s looking doubtful.

Check out these headlines just from one single day, yesterday…

Bank of Canada will need a lot more than rate cuts to save the economy, warns BlackRock (Financial Post, Wednesday August 12, 2015, Source)

And that’s just from one paper.

The Wall Street Journal had a headline that read something along the lines of “China’s moves spark fears of currency war breaking out.”

Fear of a currency war?

We’re smack dab in the middle of one.

James Rickards (@JamesGRickards) has been calling out that we’ve been in a global currency war since 2010 and he’s been right.

Here’s a very simplistic breakdown of what’s going on in the financial world:

Results so far: Deflation with pockets of inflation/asset bubbles.

It’s amazing to us that some people we talk to STILL think rates are going to go up.

Well, here’s what they should know…

Yes, they’re going to go up but the financial powers that be are going to do everything in their power to keep them from doing that.

And there’s historic precedent for this.

The Bank of Canada kept interest rates low for two decades before… It’s a small chart, but try to make out the time period from 1935 to 1955…

Why can’t that happen again?

Why do the masses, the media, your next door neighbour, your Uncle, and his best friend all believe rates “just have to” go up soon?

Why do they have to go up?

If we’ve now had low rates for five years and there’s precedent for keeping them low for twenty… Does this mean we have 15 more to go?

We’re not saying keeping them low is the right move… In fact, we believe that’s the wrong move.

But based on understanding of money, we believe that’s at least possible.

How can you rule it out?

With twice the debt of California, Ontario is now the world’s most indebted sub-sovereign borrower (Source)

What would raising rates do?

Help these governments/companies or hurt them?

If you’re in power right now, do you make the brave decision to allow defaults of debt, or do you try to let the game play on?

Throughout history one of the best ways to survive, in our opinion, through periods like this is to hold onto some cash and some hard assets.

Cash is always good, especially when deflation is sniffing around.

And hard assets are good for inflationary periods. Just ask Toronto investors who own an income property. They’ve gained a fair amount over the last five years haven’t they?

So our question to you is this…

Are you questioning why rates are “about to go up”?

Are you preparing for the possibility of low rates for a very long time? At least at some level… Buying a little silver, a little gold, a good rental property or two?

Or are you just coasting through this time?

Three percent inflation compounded for the next 15 years makes everything 50% more expensive to you.

If inflation does really take off over the next few years, a lot of people are going to be hit really hard and they won’t know why.

Share this post
FacebookTwitterGoogle+LinkedIn
Related posts
Canada’s Population Erupting Like a Raging Volcano!!
January 16, 2020
Subprime Lending Is Back In The U.S And Rebranded!
January 8, 2020
What to Know Before Getting Involved in Commercial Real Estate Investing
January 6, 2020
Why Real Estate Goes Up Fast & Furious!
December 20, 2019
The Bank of Canada’s “Secret Memo”
December 12, 2019
Best Places to Invest In Real Estate In Ontario 2020
December 11, 2019