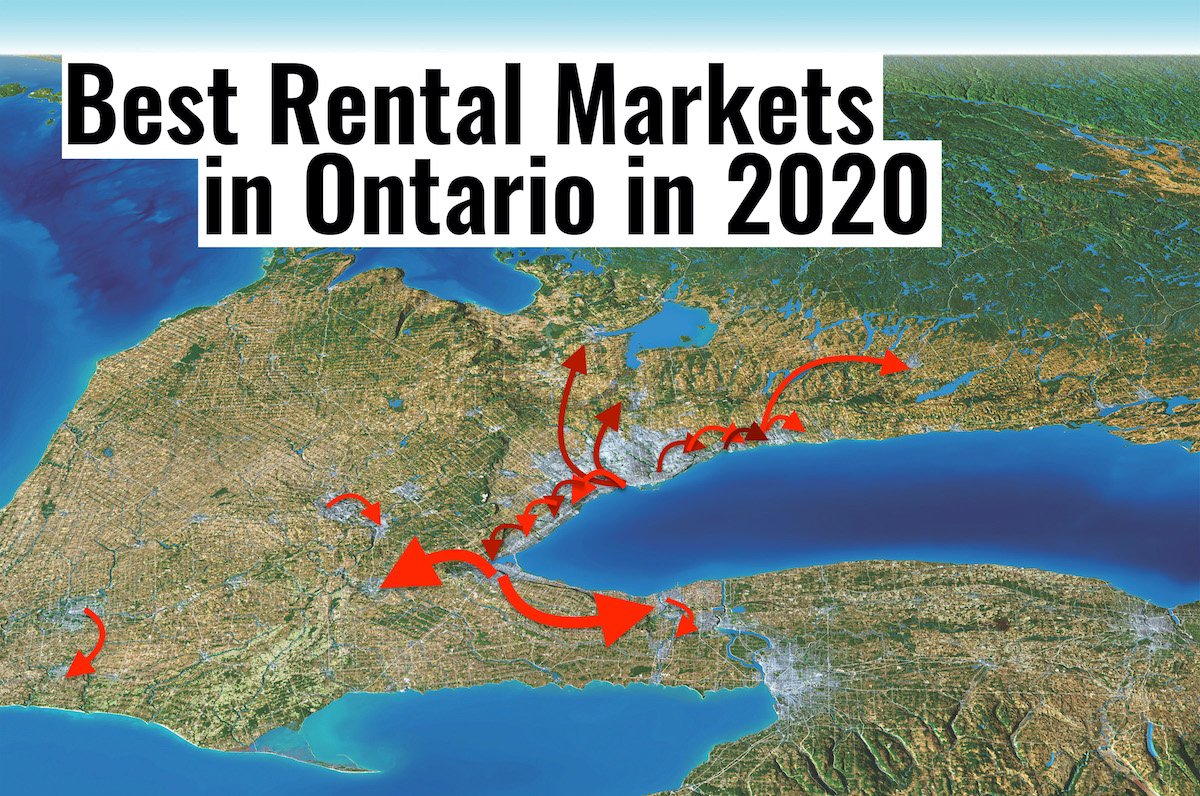 Ontario real estate continues to make headlines throughout 2020 with high demand and rising prices in many regions throughout the province. But what does that mean for the rental market, and what are the best rental markets in Ontario in 2020?

In general, the rental market is hot in most of Southern Ontario (with some notable exceptions), but some areas are seeing more growth than others. One of the big trends in 2020 is the growth of the rental markets in “spillover” communities. These are smaller or medium-sized towns neighbouring the cities that have seen consistently high demand over the last few years. The pressure on cities has people looking at the towns just outside of the city.

2020 has changed the types of homes people are looking for. With more and more people working from home, more people are looking to get out of cramped condos and get into larger units with a dedicated workspace. This has translated to even more spillover to the neighbouring cities and towns where homes and apartments offer more space. 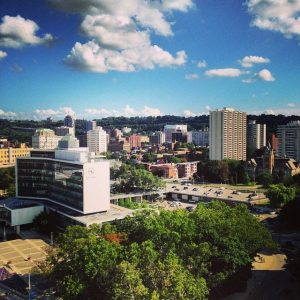 Hamilton continues to be a hotbed for renters. This year there has been a growing number of buyers in Hamilton, but that doesn’t mean that renters are disappearing. More and more newcomers to the city are renting.

And with immigration targets growing to new highs in 2021, cities like Hamilton are likely going to feel the sizeable demand increase that will come from the increase of newcomers.

Check out this quote from CMHC last year, “Immigration is a significant factor affecting rental demand in Hamilton, as Census data show that approximately two-thirds of new immigrants (less than five years in Canada) rent their home. Data up to Q2-2019 show that, while immigration was lower this year in Ontario, it remained at an elevated level. Hamilton immigration data for 2019 has not been released yet, however, it has traditionally moved in the same direction as Ontario, since Hamilton typically makes up a significant portion of the province’s population. Therefore, immigration in Hamilton was likely lower this year, but nonetheless remained supportive of rental demand.”

Hamilton will likely continue to see a large correlation between Ontario immigration numbers and newcomers to Hamilton. Yes, 2020 saw lower than projected immigration numbers, and while that may slow the increase in demand right now, it’s likely short-lived.

Brantford is a great, booming city only a half-hour outside of Hamilton. While it has appeal of its own, its growth has also benefited from the spillover from Hamilton in recent years. As more people are working from home and don’t have to commute each day, people are drawn to places where they can get some outdoor space to enjoy, especially young families. Brantford offers many family homes on larger lot sizes than you typically get in the heart of Hamilton, and it’s increasing the appeal to move out to this nearby city. Keep reading to explore more of the best rental markets in Ontario in 2020! 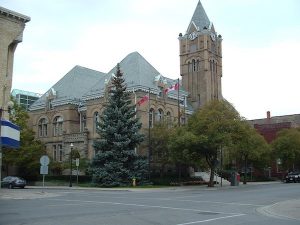 London continues to grow. Not just that, London and the metropolitan area (which includes St. Thomas) are one of the fastest-growing cities in Canada in recent years. London also has one of the lowest vacancy rates of any Canadian city.

It’s also home to Western University, Fanshawe College, and several hospitals, which are among the city’s top 10 employers.

St. Thomas is one of the smaller cities on this list, but its proximity to London, Ontario is attracting newcomers. In 2016, St. Thomas had a population of 41,813, up over 10% from 2011. That’s four years ago, and the city has continued to grow. St. Thomas is once again a great area for people looking for more property and a quieter life than living in downtown London. 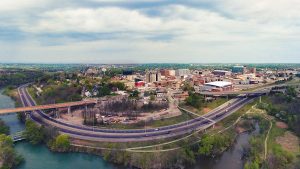 Niagara as a region has a rental shortage, and it is only getting worse. This has made it a great place to own rental properties because there is so much demand for homes to rent.

Niagara is also getting a huge Metrolinx expansion over the next several years. GO services have already started running daily, through St. Catharines, which has greatly impacted the demand coming into the city. The daily services are still limited but will become more frequent in the coming years.

Demand is so high that good homes are seeing a flood of interest, and rental prices can go up.

Welland is feeling the growing demand for homes in Niagara. As more and more people started to move out towards St. Catharines, Welland gained a lot of attention from homebuyers and renters alike.

Welland is right in the middle of the Niagara Region, it’s within a half-hour of St Catharines, Niagara Falls, Niagara on the Lake, and Port Colborne.

Downtown Peterborough at dusk from the Otonabee

As Oshawa and the Durham region as a whole continues to expand as more and more people are looking East of Toronto for good homes, we’re now seeing growing demand even further out.

It wasn’t long ago that in Durham, everyone lived around the 401. Now, there’s more and more expansion north towards the 407.

The expansion of Highway 407 to Highway 115 has made places like Peterborough and Clarington far more accessible, and that’s led to a growing demand for homes in these areas.

Also, 2020 has brought a lot more flexibility to people’s workplaces. Many more people are able to work from home or work from home part-time. That’s given people the freedom to live further away from their office. For some, that’s given people the opportunity to move away from city congestion to smaller cities like Peterborough. Being able to rent a home with property is a big draw for some, and that’s something tenants are able to find by going further East away from city centres.

The best rental markets in Ontario in 2020 are the ones where demand is high, and where demand will continue to stay high for years to come. Ultimately, if you own a good home in a good area, with positive cash flow numbers, you’re in a good position.

For more on rental communities in Ontario, here’s how to find the best rental markets in Ontario.