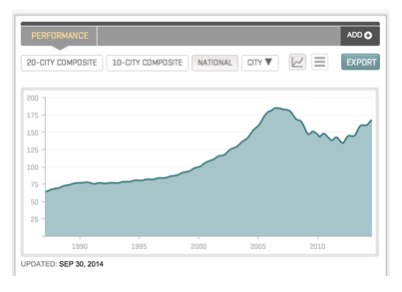 In a world that is so incredibly messed up fiscally, it’s entirely entertaining to watch central bankers wake up to the reality of the corners they’ve painted themselves into.

With great expectation, the world awaits “higher” interest rates in 2015 even though, deep down, we all know it’s not going to happen.

Not in any real way.

And not only is it not going to happen but we’re likely going to have low and lower real estate rates for a long time to come.

6% of the 2015 U.S. budget is forecasted to be used towards “interest” on debt.  What happens if rates go up?  Where is the money going to come from to pay for the debt?

We can only assume it will come from more and more debt.

The first sign of this “new normal” was this headline that caught our eye: 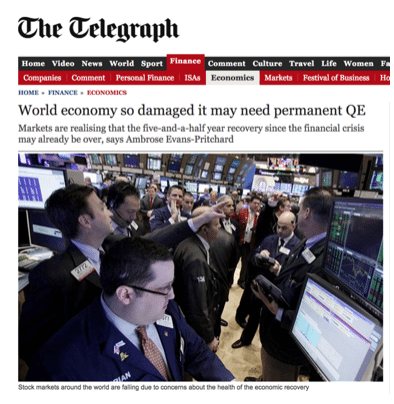 You can only smile at a headline like that.

Really, what else is there to do?

What’s going to happen if another round of QE is announced in 2015?

What’s going to happen if the Bank of Canada keeps rates low forever?

The absolute best guy to summarize this in a very sophisticated and technical manner is @JamesGRickards on Twitter, go check him out and follow him and buy his books.

But in a nutshell our own beliefs are as follows:

They’re not getting what they want.

Instead, prices of things in some categories … like oil … are falling.

There are many reasons for this, some political, some fiscal … but the bottom line is some prices are falling.

So the central banks want inflation but they’re getting some deflation.

We can then only conclude that their next step will be to step on the gas and try to force more inflation.

They don’t have the guts to raise interest rates, let the big banks fail and clean up the economy properly.

So there will be more QE, more low rates, more asset bubbles.

Where does this all lead?

It keeps going until the music stops.

And the music, in this case, is something called CONFIDENCE.

When a majority of people loses confidence in the current financial system it will end and another one will take its place.

This happens all the time.

Between QE and the International Monetary Fund getting ready to use SDRs to bail out central banks, it may be some time yet before any major upheaval.

But here’s the sneaky truth.

Between now and then a lot of wealth is going to be destroyed.

In the last ten years U.S. home prices, on average, have not changed.

You can check it out right here:

If prices of goods went up 3% a year over that last ten years then the guy who bought a house ten years ago has 30% less net worth in our eyes.

He can buy 30% less stuff with the money from his home – his/her biggest asset.

Welcome to the sneaky new world.

Unfortunately, in our humble opinion, most of the middle-class is going to lose a lot of purchasing power over the next few years and they won’t realize it until it’s too late.

Don’t let it be you!