“You Are A Business Athlete & Champion” – Gene Simmons 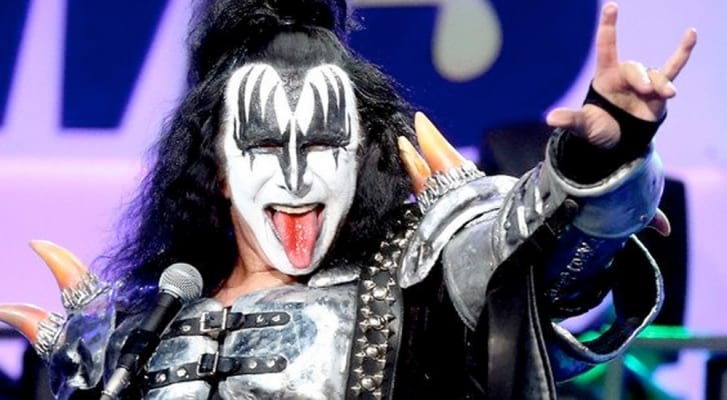 So, how does Gene Simmons tie in with Canadian real estate investing? Read on…

After watching Gene on his TV Show, Family Jewels, that aired on A&E years ago, I came to learn that he’s more of a business and marketing mastermind than I had previously given him credit for.

Who would have thunk that the guy from KISS with “the tongue” was really a business mogul in disguise? Not me. So I had a chance to listen to him live a few weeks ago while at Dan Kennedy’s marketing conference in Nashville and thought I’d summarize a few “Gene Simmons Truisms” with you…

1. If you work and give your best you must rise to the top of the mountain.

2. He focused on building a business on America’s #1 export at the time, Pop Culture.

3. People skills and language skills are his keys to success. In front of the crowd, he spoke German, Hungarian, Japanese and Hebrew and is now teaching himself Mandarin Chinese.

4. Gene started KISS because he felt it was the right business at the right time. Combining rock and horror was a conscious decision. Now he feels it’s the right time to be investing in China and has real estate projects in the tens of millions with the Chinese government…also the reason he’s learning to speak Mandarin.

5. Growing up he went to libraries and read literally everything he could get his hands on.

6. He went to Junior Achievement growing up and started a cookie business. Highly recommends it for all kids.

7. He doesn’t hide behind assistants or a desk because he feels a direct connection with his audience and fans is how he gets feedback, learns and adjusts.

There are a few other points I’ll keep squirrelled away for a rainy day 🙂 but there’s one last one that really got my attention. It’s this,

He kept multiple jobs growing up (a paper route and his first rock band) because he wanted to reduce his risk.

That blew me away. Over the last few months, every single self-made millionaire I know personally or have met briefly has mentioned that they have held multiple jobs to spread their risk. If he lost income from one job he had another one already running. Brilliant.

Most professionals I know who die if their friends found out the where a chiropractor by day and were holding down another job “part-time”. They would feel people would question their success. It wouldn’t jive with the image they were trying to promote.

When it comes to real estate investing in Canada I strongly believe and encourage the same practice. When you have one investment property if the tenant goes AWOL you are left with nothing. If you have two properties and you lose a tenant in one of them then you still have 50% of the income coming in.

If you have three properties and you lose one you still have 2/3rds of the income coming in.

Such a simple concept that so many people ignore. If you have a single source of income right now what are you doing to spread your risk? Have you researched how a single real estate investment can begin building your wealth and act as a second income stream?

Maybe it’s time to spread your risk just like Gene. Who knows, if you act fast, one day you may be sipping cocktails with him somewhere in China speaking Mandarin to each other.

Share this post
FacebookTwitterGoogle+LinkedIn
Related posts
The 4 Specific Website Strategies That Force You To Grow Like Crazy
September 20, 2017
Lessons From Quitting Your Job & Going It Alone
September 6, 2017
Better Grow Yourself Some Thick Skin + A Lesson
August 30, 2017
13 Year Old Boy Abandoned on a Construction Site
August 2, 2017
Do You Have … The MacGyver Factor?
July 12, 2017
How To Sell Anything – Even If You Hate Sales
June 21, 2017
Leave Comment