How You Think About Time Can Hurt You Financially | Rock Star

How You Think About Time Can Hurt You Financially 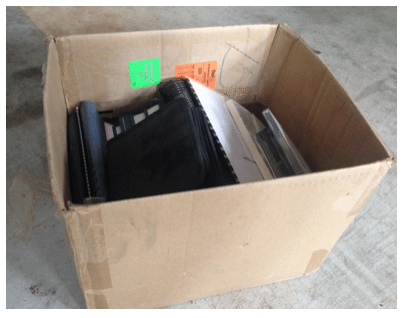 Have you ever had someone question your worth?

We get it all the time.

Just last week someone was questioning some of our fees.

They explained that they couldn’t justify paying us what we were asking because quite frankly “they had spent less time with us than with other professionals they’ve used in the past”.

Another person asked us for a substantial discount in our service fees because “all we did was fill out some paperwork that took a few minutes”.

They didn’t understand the years of work that went into making it possible to complete a complex transaction in a couple of minutes with multiple parties involved.

They were are associating “time” with “value”.

And that’s blatantly incorrect, naive and it could be ruining their financial futures.

It reminds us of a story you may have heard before yourself… we’re not sure where we heard this first, it may be from Dan S. Kennedy:

There was a plumber who charged $500 to fix a nasty problem that no other plumber could fix with a simple tap of his wrench.

When the homeowner questioned the plumber’s fees and how he could possibly justify charging $500 for five minutes worth of work he gave an invoice that outlined this:

We’ve found that people who associate value with quantities of time often sell themselves short.

It’s a way of thinking that may be hindering their future wealth.

Here’s a slightly different twist on the same line of thinking:

It arrived via courier and sat on my porch for a whole day before I noticed it had arrived.

Inside the box was a few binders, several CDs, a couple DVDs and that’s about it.

Most people would freak out about spending $30,000 for a box with some stuff in it.

But inside those binders was an outline of how to build a system in real estate that worked with investors.

We ended up turning that $30,000 into hundreds of thousands and then millions in revenues.

Over the years we’ve been lucky enough to speak to many self-made millionaires.

Almost all of these people have something in common…

They’re willing to pay a lot of money for tiny pieces of value that they then turn into extreme profit for themselves.

They’ll go to an expensive conference for three full days and sit through countless speakers looking for that one tiny idea that can help them take the next step in their lives.

Some people will walk out of a conference like that and complain that it didn’t live up to the hype… but these self-made millionaires will have one discussion in the hallway at a break, or after a talk, that will give them a new idea that they know will change the direction of their investing/life/business/real estate.

They’re not associating “value” with “time”.

Now, how does this relate to someone’s financial future?

When you’re constantly questioning the fees of people you work with you ultimately never build the relationships that make you money.

Your lawyer won’t take your call when you really need it because you ripped him on his last invoice to you.

Your mortgage broker avoids your calls because you’re always shopping his rates around to see if you can get better elsewhere.

Your accountant tries to talk you out of using him this year because you nickel and dime him.

Your real estate agent doesn’t give you the service you expect because you negotiated so hard with them there’s really no profit in it for them.

Your network will be weak.

And it’s your network that can have a direct impact on how much and how fast you build your future.

We’ve found that the success in your career, your investing, your business building comes fastest when you help those around you make money.

When you value a professional’s experience and are willing to pay for it you’ll find they’ll go out of their way to help you.

They’ll call you when a good opportunity comes up.

They’ll answer your calls when you need it most.

They’ll give you a piece of insight that can change the direction of your investing.

Associating value with the quantity of time it takes someone to do something is short sighted and it could be short circuiting your financial progress.

Share this post
FacebookTwitterGoogle+LinkedIn
Related posts
Why Every Fixed Income Investor Needs To Consider Bitcoin As Portfolio Insurance
January 13, 2021
If ADD is Bad Could “Problem Deficit Disorder” Be Great?
November 1, 2017
The 4 Specific Website Strategies That Force You To Grow Like Crazy
September 20, 2017
Lessons From Quitting Your Job & Going It Alone
September 6, 2017
Better Grow Yourself Some Thick Skin + A Lesson
August 30, 2017
You’re Turning Lead into Gold
August 16, 2017
Leave Comment