Failure is Not Optional - Failure is Mandatory | Rock Star Investing

Failure is Not Optional – Failure is Mandatory!!!

Home / Business Lessons / Failure is Not Optional – Failure is Mandatory!!! 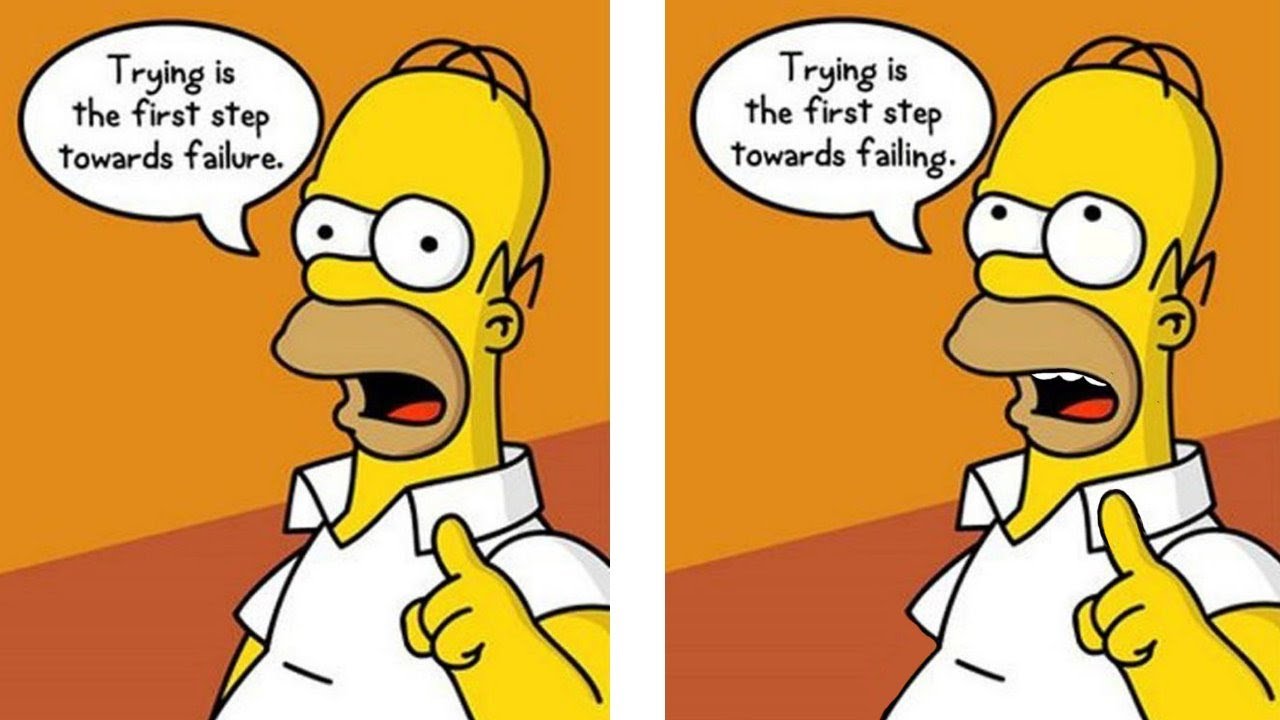 The opposite of success is not failure.

You NEED failure to progress forward.

To move closer to your goals.

Without failure, you are NOT going to get that next income property…

or start that side business…

or seal that next big deal.

The opposite of success is inaction.

Inaction is a killer of dreams, a squasher of hopes, the crusher of visions, a mauler of goals.

Way too many people are terrified to take a wrong step on the journey towards their goals and it’s killing ANY chance they have of reaching them.

How many people do we all know that want to start their own business or have talked about getting into real estate investing … for at least ten years!!

Look, you need to fail.

It’s not only OK to fail … it’s REQUIRED.

And how do we know this?

I started a website called www.SalesInTheCity.com where, together with my amazing wife, we were going to send out a weekly email of all the “sales” going on in the Greater Toronto Area.

The idea caught on so well that we were featured in a national Canadian Fashion Magazine without even knowing it and we had people signing up to get the email with NO marketing.

It was going viral.

People were sending us resumes to work with us … they didn’t realize that they would have had to work in my parent’s dining room.

Then we got tired of it.

Then we closed it down.

Then I gave away the URL and don’t even own it anymore.

Then Groupon went public ten years later for a billion dollars with an almost identical idea.

That little “failure” taught me a lot.

It taught me about the effort required to commit to something for the long term.

It taught me about web designers and making a little database of contacts.

It taught me about the value of collecting email addresses.

It taught me about the ease of “selling” when you offer people what they want.

I learned a LOT from that failure.

Then I started trading options.

Learned all about “puts” and “calls” and the S&P and the DJIA and MACD and 200 day moving averages … and other technical things that I’d rather block from my memory.

I actually made some money at it … before I lost money.

But I stuck with it, for months and months.

Every day reading the charts and making my moves.

It was like a dance .. me against the market … then me with the market.

I was in the flow.

Decided I hated it.

Looking back that experience taught me that I really don’t like things that I can’t control.

I have some obsessive compulsiveness in me that doesn’t jive well with irrational markets.

I learned how important it is to have an “information advantage” when you invest.

And that without it you’re toast … your the “dumb money” at the table.

It was a big eye-opener.

Later I decided to create a “Search Engine Optimized” website to make MILLIONS and MILLIONS quickly.

I was going to become a massive online success story!

Instead, I ended up with a Digital Camera Website that ranked #1 in Google for something like 7 years for the words “digital camera buyers guide”.

But after I made that site, which took me 3 months of 5:00 am early morning’s, I didn’t touch it again and the money kept flowing.

I should have built ten other sites.

I quit on that.

But I did learn how to make websites that attracted 100’s of “free” visitors every single day.

Day in and day out.

I learned all about Google and writing articles and linking websites and hiring online contractors and submitting to directories.

I learned a lot about online marketing.

And this time I knew how much dedication it was going to take.

And I knew the value of collecting email addresses.

And I knew the value of giving people what they want.

And I knew the value of understanding numbers.

And I knew the importance of having control in business and in investing.

And I knew how to create websites that would attract people to us.

And it’s all built on FAILURE.

If you’re reading this and you’re “half-stepping”, your not sure what to do but you know you want to do “something” other than what your JOB is offering…

Then here’s our advice…

The business you choose, the website you start, the property you buy doesn’t have to be the one you stick with forever.

Stop trying to get everything “perfect” before you begin.

It’s holding you back.

Success is a process.

The value is in beginning … not in perfection.

The value is in the action … not in the idea.

The value is in the person you become when you try … not in reading another book or writing out another 100 goals.

During our very first “rent-to-own” property I had the very first tenant chew me a new a$$hole because he disagreed with our “buy-out” prices.

I think I cried when he left.

If you witnessed that experience would you assume we would be the ones that would help hundreds of other investors successfully complete rent-to-own investments?

You need the failure to get to success.

And without taking action you can’t get to the failure.

Go out there and start failing!  🙂

But don’t feel like you have to get everything perfect before you begin.

That’s not how it works.

Someone once said this, we cannot take credit for it, and it’s worth repeating:

Share this post
FacebookTwitterGoogle+LinkedIn
Related posts
Why Every Fixed Income Investor Needs To Consider Bitcoin As Portfolio Insurance
January 13, 2021
If ADD is Bad Could “Problem Deficit Disorder” Be Great?
November 1, 2017
The 4 Specific Website Strategies That Force You To Grow Like Crazy
September 20, 2017
Lessons From Quitting Your Job & Going It Alone
September 6, 2017
Better Grow Yourself Some Thick Skin + A Lesson
August 30, 2017
You’re Turning Lead into Gold
August 16, 2017
4 Comments
Leave Comment